Indigenous Peoples in Brazil and the Amazon 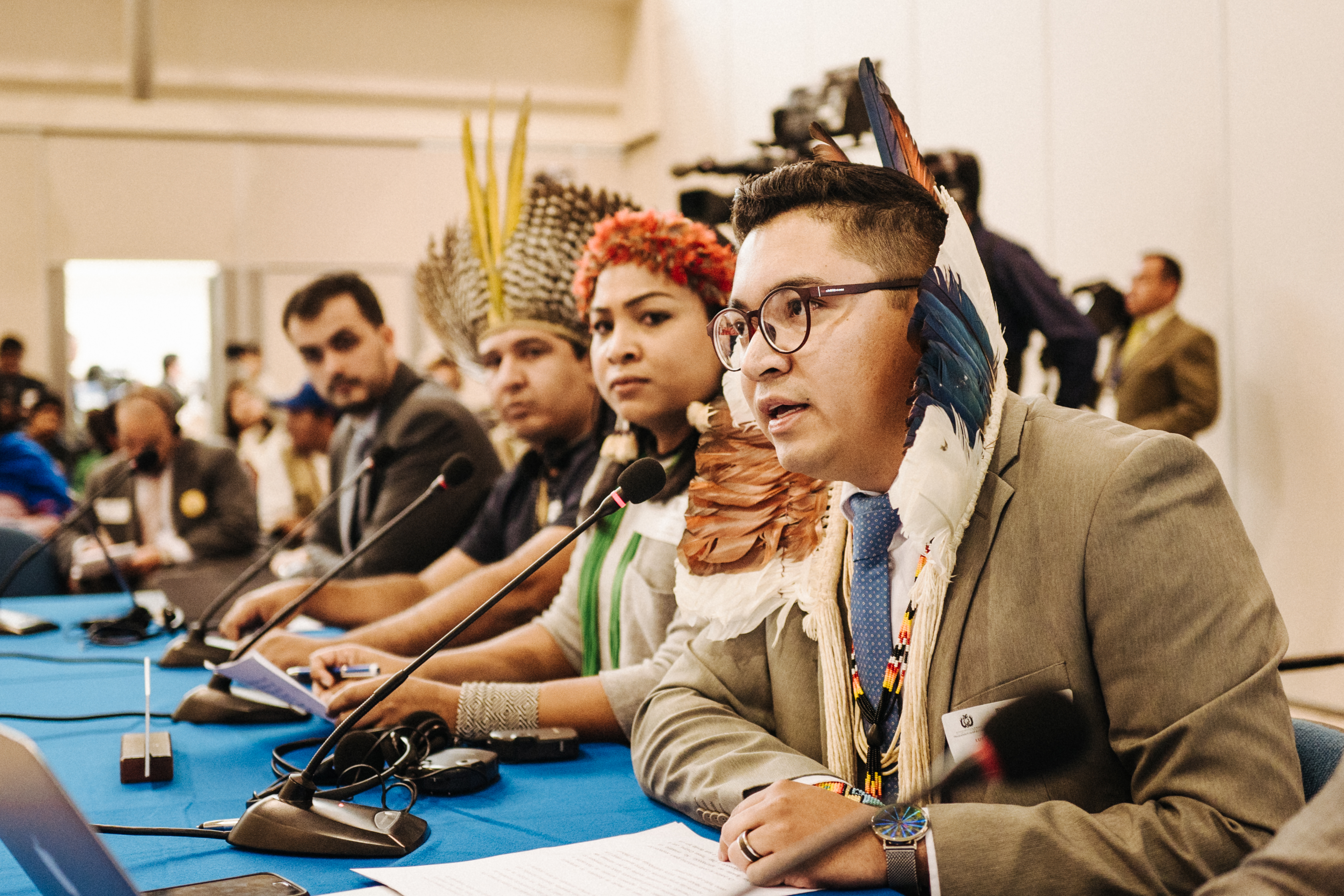 Historically, Brazil has served as a model demonstrating the potential for reducing deforestation by strengthening indigenous peoples’ legal land rights. Under Brazil’s Constitution of 1988, indigenous rights are explicitly protected. Too often though, those existing laws are disregarded. In recent years, amid political and economic turmoil in Brazil, indigenous peoples of Brazil’s Amazon Rainforest have been battling increasingly severe challenges and threats to their rights to use, manage, and steward their lands. Of course, these threats are not new; indigenous peoples and indigenous lands have long been at risk and under pressure in Brazil and throughout the Americas, from both public and private sector actors. However, there are concrete indicators that the situation is increasingly worsening. With the country’s leaders working to expand agriculture and other development into indigenous lands and weaken the institutions and regulations that protect them, illegal logging and other activities and invasions into indigenous lands are fueling a rise in violence and environmental devastation.

In Brazil, the sustained legal and political attacks on indigenous rights over the past several years and administrations are contrary to the promises the government has made to indigenous peoples in the country, not only through its constitution but through its adoption and endorsement of numerous international human rights instruments and treaties. The Center’s Brazil project seeks to bring international attention and pressure to bear on Brazil in order to move the government to stop undermining indigenous peoples’ ability to protect their rights and territories, as well as to take steps to prevent uncontrolled deforestation in the Amazon Rainforest. Together with our partner, Coordenação das Organizações Indígenas da Amazônia Brasileira (C.O.I.A.B.), we will provide indigenous leaders and lawyers from the Amazon region with the skills, training, and capacity to use the international system to speak out against human rights violations and to use international advocacy to demand that Brazil meet its international and national legal obligations regardless of the shifting policy preferences of political administrations.