Action Alert: Deadline Extended to Submit Comments on the Stand Against Violence and Empower (SAVE) Native Women Act 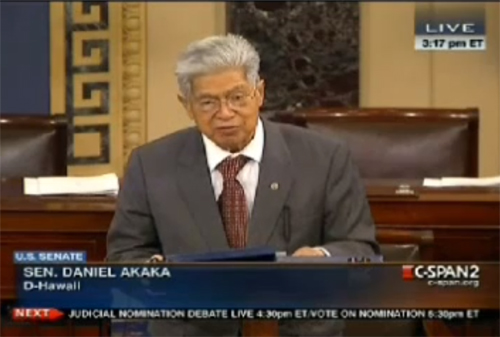 The United States Senate Committee on Indian Affairs has extended the opportunity for Native leaders and advocates to submit comments regarding the Stand Against Violence and Empower (SAVE) Native Women Act.  Comments will now be accepted through Dec.  2, 2011.  Video of the Nov. 10, 2011 hearing is available here (hearing begins at 61:00); a summary of the hearing can be downloaded here

The statistics are staggering.  One in three Native women is raped in her lifetime, and six in ten experience physical abuse.  Worse, four out of five perpetrators of these crimes are non-Indians who cannot be prosecuted by Tribes under current United States law.  If enacted in conjunction with the 2011 VAWA reauthorization, the SAVE Native Women Act would be life-saving legislation intended to strengthen tribal jurisdiction, provide safety to Native women, and repair the broken and fragmented criminal justice system that fails to protect them.

Make your voice be heard on Capitol Hill.  Testimony should be emailed to: testimony@indian.senate.gov.

Visit www.indianlaw.org/safewomen for more information on the Center’s Safe Women, Strong Nations project and learn how you can take action now to help end violence against Native women.

DO SOMETHING!  Now is the time to make a stand and seek legislation to end the epidemic of violence against Native women.