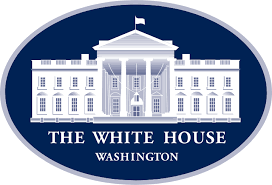 The White House
Office of the Press Secretary

BY THE PRESIDENT OF THE UNITED STATES OF AMERICA

In our schools and in our neighborhoods, at home and in workplaces across our Nation, stalking endangers the physical and emotional well being of millions of American men and women every year. Too often, stalking goes unreported and unaddressed, and we must take action against this unacceptable abuse. This month, we stand with all those who have been affected by stalking and strengthen our resolve to prevent this crime before it occurs.

Stalkers inspire fear through intimidation, explicit or implied threats, and nonconsensual communication often by telephone, text message, or email that can cause severe emotional and physical distress. Many victims suffer anxiety attacks, feelings of anger or helplessness, and depression. Fearing for their safety, some are forced to relocate or change jobs to protect themselves. And, tragically, stalking can be a precursor to more violent offenses, including sexual assault and homicide. The consequences of this crime are real, and they take a profound and ongoing toll on men, women, teens, and children across our country.

Despite the dangerous reality of stalking, public awareness and legal responses to this crime remain limited. New data show that one in six women and one in 19 men have experienced stalking that caused them to be very fearful or feel that they or someone close to them were in immediate physical danger. Among men and women alike, victims are most commonly stalked by current or former intimate partners, and young adults are at the highest risk for stalking victimization. Though stalking can occur in any community, shame, fear of retribution, or concerns that they will not be supported lead many victims to forego reporting the crime to the police. As we strive to reverse this trend, we must do more to promote public awareness and support for survivors of stalking.

My Administration is working to advance protection and services for stalking victims, empower survivors to break the cycle of abuse, and bring an end to violence against women and men. With unprecedented coordination between Federal agencies, we are promoting new tools to decrease the incidence of domestic violence, sexual assault, dating violence, and stalking, and we are taking action to ensure perpetrators are held accountable. To reinforce these efforts, advocates, law enforcement officials, and others who work with victims must continue to improve their capacity to respond with swift and comprehensive action. From raising awareness to pursuing criminal justice, all of us have a role to play in stopping this senseless and harmful behavior.

This month, let us come together to prevent abuse, violence, and harassment in all their forms and renew our commitment to bring care and support to those in need.

NOW, THEREFORE, I, BARACK OBAMA, President of the United States of America, by virtue of the authority vested in me by the Constitution and the laws of the United States, do hereby proclaim January 2012 as National Stalking Awareness Month. I call on all Americans to learn to recognize the signs of stalking, acknowledge stalking as a serious crime, and urge those impacted not to be afraid to speak out or ask for help. Let us also resolve to support victims and survivors, and to create communities that are secure and supportive for all Americans.

IN WITNESS WHEREOF, I have hereunto set my hand this twenty eighth day of December, in the year of our Lord two thousand eleven, and of the Independence of the United States of America the two hundred and thirty-sixth.