Securing Rights to Sacred Places with the UN Declaration 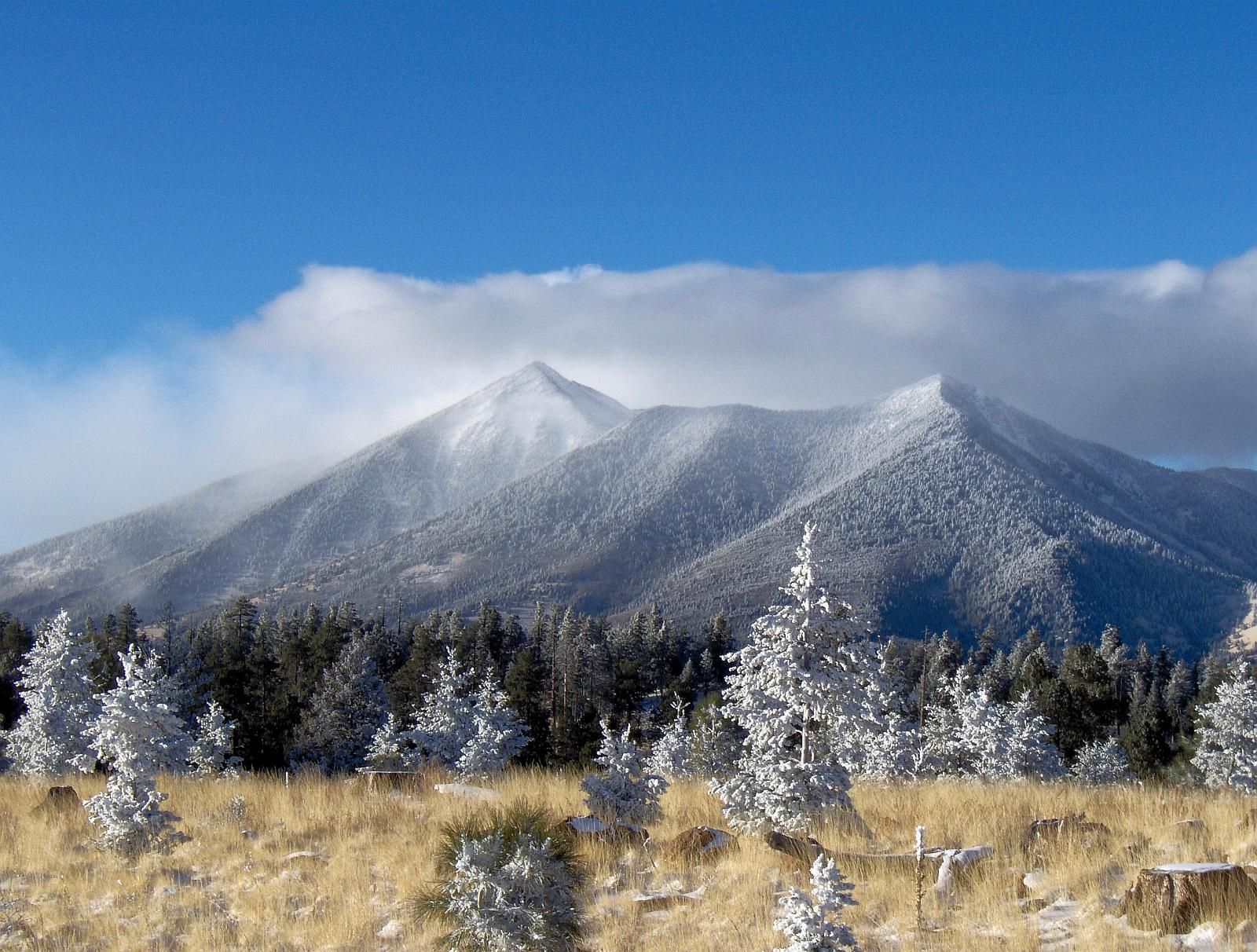 The UN Declaration on the Rights of Indigenous Peoples presents a new opportunity and a new kind of legal authority that could help Native peoples to secure rights to sacred places, and to preserve and protect cultural, religious, and spiritual practices.

The Declaration recognizes and affirms the rights of indigenous peoples to their cultural, religious, and spiritual practices, to have private access to sacred sites (Arts. 12(1), 11(1)), as well as to maintain and strengthen their spiritual relationship with their traditionally held lands, territories, waters and coastal seas and other resources (Art. 25). With the Declaration, Native peoples have rights acknowledged by the international community of nations, including rights to sacred places both within existing reservation or territorial boundaries and beyond.

As rights-holders, Native nations and individuals have the right to cultural, religious, and spiritual practices. As duty-bearer, the U.S. has the responsibility to prevent infringement of these rights. For instance, the Declaration provides that the U.S. must consult with indigenous peoples to obtain their free, prior, and informed consent when considering projects affecting their lands, territories, and resources (Art. 32(2)) or when adopting any legislative or administrative measures that may affect them (Art. 19), and to provide redress for takings of cultural, intellectual, religious, and spiritual property (Art. 11(2)). Generally, in implementing the Declaration, the U.S. is also obligated to, “in conjunction and cooperation with indigenous peoples … take the appropriate measures, including legislative measures, to achieve the ends of this Declaration” (Art. 38).

This is a considerable shift from present practices of the United States. Currently, the ability of Native peoples to protect sacred places is severely restricted by the U.S. legal regime, evidenced most recently by the February 9th decision of the Ninth Circuit in Save the Peaks v. United States Forest Service, which upheld the use of snow made from treated sewage effluent on the sacred San Francisco Peaks. It is often said that national historic sites are afforded more protection than the sacred places of Native nations. The federal government would likely find it difficult to dispute this in light of existing case law and events that are all-too-familiar to indigenous peoples like the court-sanctioned desecration of the Peaks.

As Onkwehonwe (original, or indigenous, peoples), our identity, nationhood, and survival are inextricably tied to our homelands and sacred places. Yet, we are restricted by arbitrary reservation boundaries and an unfair legal system that prevent us from honoring many of our beliefs. For my own Nation, Kanienkehaka (People of the Flint, or Mohawk), from the time we are born, there are ceremonies and practices that connect us with the land. One of the first stories we are told is our creation story, the story of how Sky Woman created Turtle Island (North America). The Declaration recognizes that securing rights to sacred places is fundamental to our continued existence as indigenous peoples. Yet, five years after adoption of the Declaration by the UN General Assembly in 2007, and sixteen months after President Obama’s announcement of support in 2010, the rights of Native peoples to cultural, religious, and spiritual practices and protection of sacred places continue to be violated in seriously unacceptable ways.

Unlike any other group, Native peoples are left largely unprotected by the Constitution when exercising the fundamental right to freedom of religion. The Free Exercise Clause of the First Amendment provides “Congress shall make no law … prohibiting the free exercise [of religion].” Generally, the government must show a compelling interest when its actions restrict or fail to accommodate religious practices. For infringements on religious practices of Native peoples, however, the Supreme Court held otherwise in Lyng v. Northwest Indian Cemetery Protective Association (1988). In Lyng, the Court found that because Native petitioners were neither coerced into violating their religious beliefs nor denied benefits enjoyed by other citizens, the First Amendment need not apply, especially because “[w]hatever rights the Indians may have to the use of the area, … do not divest the Government of its right to use what is, after all, its land.”

The right to freedom of religion should not stop where it concerns indigenous practices. Congress recognized this and acted to reinstate and strengthen pre-Lyng protections with amendments to the American Indian Religious Freedom Act (AIRFA) and the National Historic Preservation Act (NHPA), and with enactment of the Native American Graves and Repatriation Act (NAGPRA), the Religious Freedom Restoration Act (RFRA), and the Religious Land Use and Institutionalized Persons Act (RLUIPA). Likewise, President Clinton issued Executive Order 13007 on Indian Sacred Sites, which calls on federal land management agencies to “(1) accommodate access to and ceremonial use of Indian sacred sites by Indian religious practitioners and (2) avoid adversely affecting the physical integrity of such sacred sites.”

Perhaps most substantially, RFRA reinstated the compelling interest test of the Free Exercise Clause, thus restoring for Native peoples some protection once again. In February, however, the Ninth Circuit in the Save the Peaks case effectively slammed the door on this right for Native nations when it affirmed Navajo Nation v. United States Forest Service, a decision appropriately named the “modern day Lyng”for holding that desecration of the Peaks does not present a ‘substantial burden’ on the religious practices of Native peoples pursuant to RFRA. Clearly, the domestic legal framework for addressing the cultural, religious, and spiritual rights of Native peoples is deeply flawed. For this reason, the Navajo Nation is currently engaging international human rights mechanisms such as the UN Committee on the Elimination of Racial Discrimination, citing violations by the U.S. of rights recognized in the Declaration to bring attention to this grave situation.

In fact, many Native nations are seizing upon the Declaration’s articulation of cultural, religious, and spiritual rights and using it to fight for and secure their rights to sacred places. For example, the Yocha Dehe and Cortina Band of Wintun Indians used the Declaration as the basis for successfully negotiating a conservation and cultural easement with the City of Vallejo, California in July, 2011. The agreement provides for the permanent protection of sacred sites in Glen Cove Park, part of the Tribes’ ancestral lands. Similarly, in December, 2010, just days after President Obama announced support for the Declaration, Jemez Pueblo entered into an agreement with the U.S. Forest Service to protect their sacred sites, human remains, and cultural resources on Forest Service lands in New Mexico.

The free exercise of cultural, religious, and spiritual rights should not be denied to anyone, most certainly not to the first peoples and original caretakers of Turtle Island. Despite being less than one-hundred years removed from laws and policies outlawing their religious practices, Native nations can and should use a number of strategies right now to help bring federal law into compliance with the Declaration. First, Native nations can call on President Obama to strengthen Executive Order 13175 on Consultation and Coordination with Indian Tribal Governments to provide the degree of tribal consultation (free, prior and informed consent) established as a guideline in the Declaration (Arts. 19 and 32(2)). Second, Congress can amend the AIRFA to explicitly protect the free exercise of religion, and to provide a cause of action for the protection of sacred places. Third, Native nations can negotiate strong and lasting agreements with federal land management agencies, in accordance with Executive Order 13007, regarding rights to sacred places. Native nations should call on the U.S. to implement these and other measures that could bring U.S. law into compliance with the Declaration and other international human rights law obligations.