Using the Declaration to End Violence Against Native Women 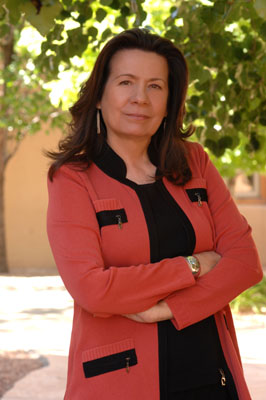 The UN Declaration on the Rights of Indigenous Peoples signals a new means to change federal law and policy to restore safety to Native women, to strengthen Indian nations and advance their jurisdiction over crimes within their territories, and to end the cycle of violence in Native communities.

The right to be safe and live free from violence is one of the most fundamental and important human rights recognized internationally.  It is a right that many in the United States simply take for granted, but not Native women, who are two-and-a-half times more likely to be assaulted and more than twice as likely to be stalked than other women in this country.  Unless you live in an Indian community, you may find it unimaginable that one in three Native women will be raped in her lifetime, and six in ten will be physically assaulted.  Unlike any other group of women in the United States, the overwhelming majority−some 88%−of Native women identify their attackers as non-Indian.  On some reservations, the murder rate for Native women is ten times the national average.  Yet, underreporting means these numbers are likely much higher.  Domestic and sexual violence against an individual also has devastating effects on entire families, communities, and Indian nations.

Although the 566 federally recognized American Indian and Alaska Native nations have inherent sovereign authority over their territories and people, their ability to protect Native women from violence and to provide them with meaningful remedies has been unjustly limited by U.S. domestic law and policy.  This epidemic of violence is inextricably linked to the stripping of criminal authority over non-Indians from Indian nations and to other systemic legal barriers, which create race-based, jurisdictional confusion about which government—federal, tribal, or state—has legal authority to respond to, investigate, and prosecute crimes.  More often than not, such crimes go unprosecuted, as documented in a federal report showing that, from 2005-2009, U.S. attorneys declined to prosecute 50% of all Indian country matters referred to them, 67% of which involved sexual abuse and related matters.

Even when Indian nations exercise criminal jurisdiction, the Indian Civil Rights Act (ICRA) generally limits the sentencing authority of tribal courts to no more than a year of imprisonment, no matter how heinous the offense.  In 2010, the Tribal Law and Order Act (TLOA) was enacted to improve criminal justice on Indian lands, including amendments to ICRA that allow tribal courts to extend sentences, but only if tribes meet certain requirements.  Indian nations now face substantial setbacks in implementing TLOA after some $90 million was cut from FY 2012 funding for tribal justice programs and crime fighting efforts in Native communities.

All this perpetuates a cycle of violence that allows, even encourages, criminals to act with impunity in Native communities.  All this also denies Native women equality under the law by treating them differently than other women in the United States.  Native women must not continue to suffer disproportionately higher rates of rape, sexual assault, and murder, and lower rates of enforcement, prosecution, and punishment just because they are Indian and live on an Indian reservation or in an Alaska Native village.

The UN Declaration on the Rights of Indigenous Peoples offers important standards about the rights of Native women and indigenous peoples that can be used to determine if the United States’ existing and proposed federal laws and policies measure up to its international human rights obligations.  Though not legally binding on countries, it stands as an official statement of the legal rights of indigenous peoples and indigenous women in international law.  Because no country in the world opposes it, the Declaration carries considerable political and moral force and creates a solid foundation for putting these standards into practice.  Besides relying on the United States’ trust responsibility and federal Indian policy to support needed changes at the federal level, Indian nations can also use the Declaration to gain world support and add global pressure on the United States to respond swiftly to human rights violations occurring within its borders.

The Declaration is a significant affirmation of the rights of Native women, both as individuals and as members of indigenous communities, including the right to gender equality, security, and access to justice.  Article 2 reinforces nondiscrimination, specifically declaring that indigenous peoples are “free and equal to all other peoples and individuals and have the right to be free from any kind of discrimination . . . in particular that based on their indigenous origin or identity.”  Article 44 broadly recognizes the equal rights of indigenous women, including their rights to political participation, education, and employment, among others.

Violence against Native women and children is specifically addressed in Article 22(2), which calls on countries to “take measures, in conjunction with indigenous peoples, to ensure that indigenous women and children enjoy the full protection and guarantees against all forms of violence and discrimination.”  Article 21 recognizes the right of indigenous peoples to the improvement of their social conditions, further directing that countries “take effective measures and, where appropriate, special measures” to ensure the continuing improvement of the economic and social conditions of indigenous peoples, with particular attention paid to the rights and special needs of indigenous women.  Ensuring adequate and equitable funding levels for essential services to Native women survivors and tribal justice programs is part of meeting this obligation.

Articles 3, 4, and 5 broadly describe the right to self-determination of Indian nations.  At the heart of this right must be the ability of indigenous peoples to develop and maintain their institutional structures, including their judicial, public safety, and law enforcement systems. Such institutional structures help Indian nations increase public safety and deter violence in their communities.

Article 37 provides that “indigenous peoples have the right to the enforcement of treaties,” which may prove very useful if an Indian nation’s treaty imposes specific obligations for ensuring safety on its reservation.  Article 40 states that disputes with countries or other parties regarding infringements of individual and collective rights should be resolved through fair and just procedures.

Article 38 directs that, in taking appropriate steps to achieve the ends of the Declaration, including legislative measures, countries shall consult and cooperate with indigenous peoples.

Despite some strides to address violence against Native women, there is no doubt United States law falls far short of even the minimum human rights standards set forth in the Declaration.  Considering the United States’ trust responsibility to Indian nations, coupled with the standards in the Declaration, it is imperative that the U.S. act now to end the epidemic of violence against Native women.

The rights in the Declaration stand in support of reforming United States law and policy to remove legal barriers threatening the safety of Native women and denying them access to justice, to strengthen Indian nations and advance tribal jurisdiction over crimes by any person within their territories, and to end the horrific cycle of violence in Native communities.  Take action by supporting legislation now pending in Congress, such as theViolence Against Women Reauthorization Act and the SAVE Native Women Act, which would move in that direction.  Further information and materials about the Declaration and what tribes can do to implement it are available through our website at www.indianlaw.org.

The Indian Law Resource Center is a non-proﬁt law and advocacy organization established and directed by American Indians. The Center is based in Helena, Montana, and also has an office in Washington, DC.  We provide legal assistance without charge to Indian and Alaska Native nations who are working to protect their lands, resources, human rights, environment and cultural heritage. Our principal goal is the preservation and well-being of Indian and other Native nations and tribes.  For more information, please visit us online at www.indianlaw.org or join our online community located at www.facebook.com/indianlawresourcecenter.