If one considers the worst that can happen to a Native woman, Evaline Smith might be Exhibit A. But despite years of abuse, drug and alcohol addiction, losing her children to “the system,” and incarceration, she has turned her life around and is reaching out to help others.”

Now in her 14th year of sobriety, she is re-establishing relationships with her children, relishing the role of grandmother, and working to break cycles of violence against Native women.

Growing up in Hemet, California, as one of six children, Smith says there was no domestic violence at home, but her father, a truck driver, was away much of the time. “We had everything . . . but there wasn’t enough . . . love.” 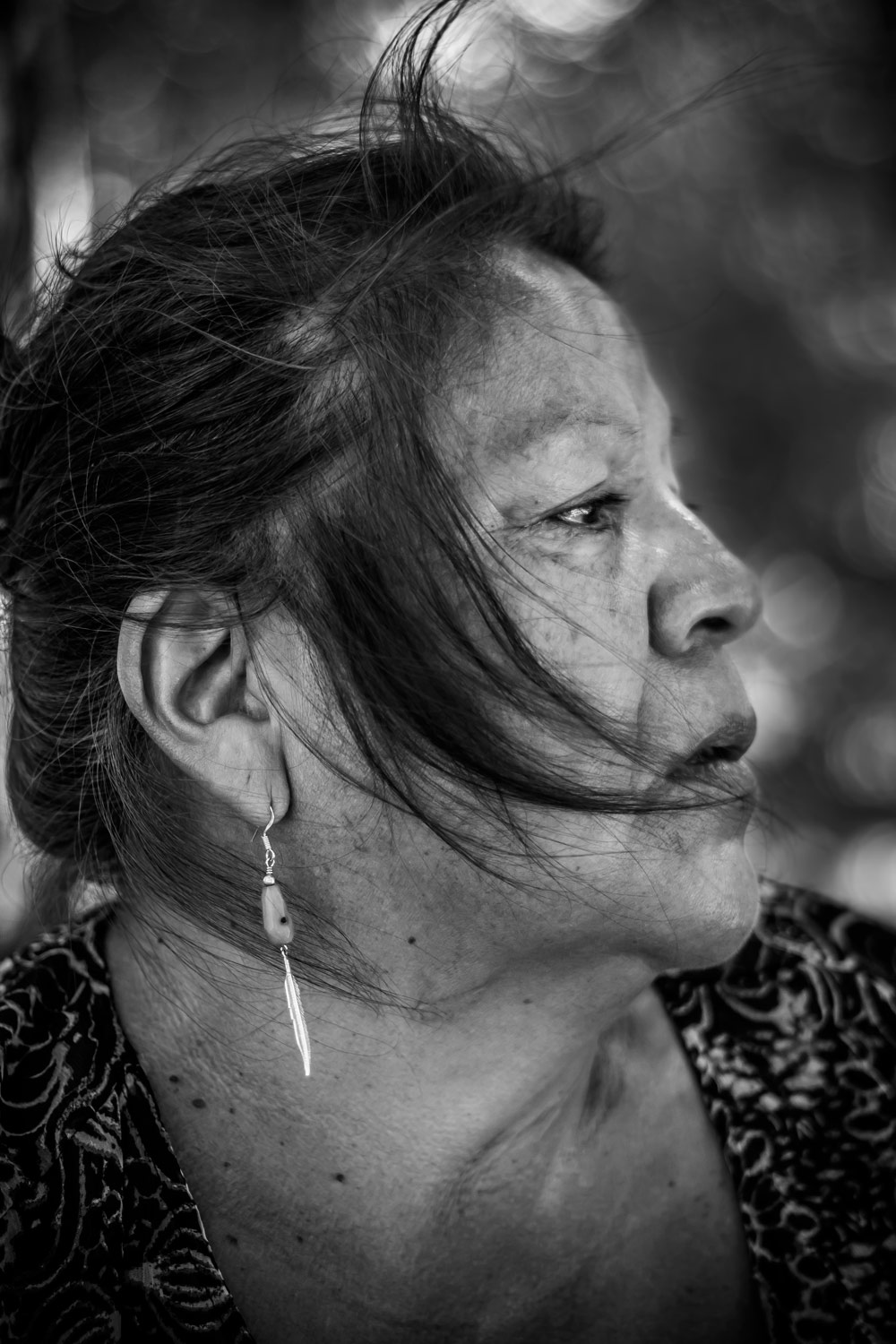 Serious trouble began when her family moved from Hemet to the reservation. “I got caught up with drugs and alcohol, dropped out of school, got pregnant at a young age, was sexually assaulted . . . I just went haywire from 13 on until my 30s.”

During that time, she was also in an abusive relationship.

“There was no help,” she recalls. “It took a half-hour for the cops to even respond out where we lived. By then he was gone or I was over it, or so I thought.”

Smith had her children taken away from her because of her drug and alcohol abuse. “For nine years they were in the system,” she adds. She finally went into treatment, but says it was “for all the wrong reasons.”

After being released from jail, she had nowhere to go. “I couldn’t go home to my parents because I couldn’t be around my children. I didn’t want to go back to the reservation where I got into trouble. There was nothing there for me so I chose to go to treatment.”

There, with 17 other Native women, her life began to change. “I really wanted to do something different. I wanted more out of life so I did everything I was asked to do. I grew into sober living. I started to get to see my children again, spending nights with them . . . I had children come home that I didn’t know.”

She also found meaning and purpose in her job as an advocate for Native women. “It’s a blessing . . . to be able to give back, especially to my community and my people . . . I don’t want to be that mother, daughter, sister, cousin, friend, neighbor that knows what’s going on and does nothing.”

Smith works to assure both Native women and men that they are not alone. “Tell somebody. Ask for help. There are people who care.” She also stresses, especially to Native men, the need to break a vicious cycle. Men who experience or witness abuse themselves are more likely to pass it on.

“No more! I don’t want to live like that anymore.” Smith vows that for her family, for her grandbabies, the cycle will be broken. “They’ll learn to stand up and speak up for themselves and say ‘no, you can’t treat me like that. It’s not okay.’ That’s what I want to teach my grandchildren and my community, that it’s not okay.”

EVALINE SMITH, a member of the La Jolla Band of Luiseño Indians in California, has experienced abuse, addiction, and run-ins with the law, but now she’s a survivor who is learning to heal and help others avoid domestic violence, which she says is not a Native tradition.