The Rapa Nui Quest for Self-Determination 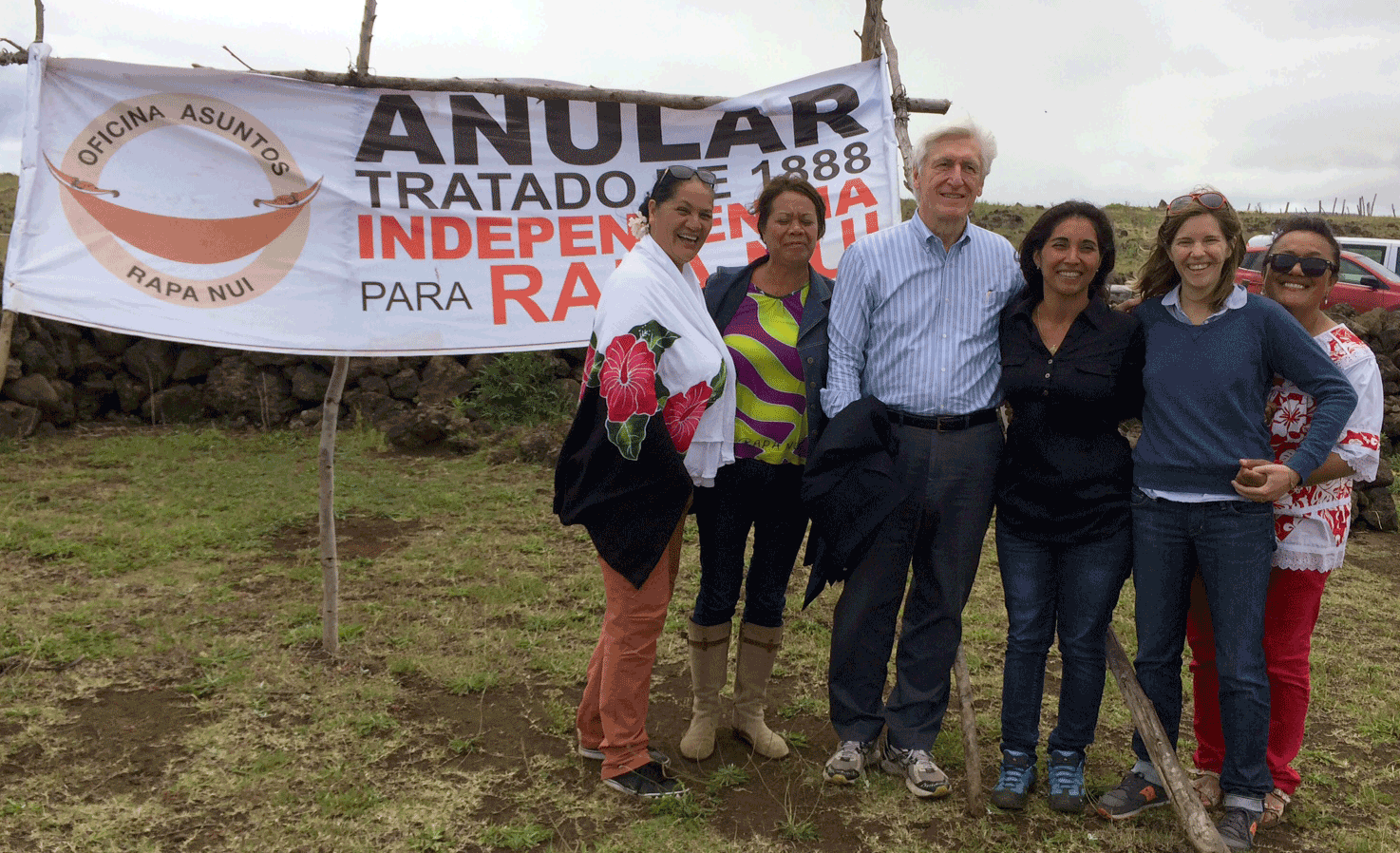 Earlier in the fall, we reported that four Rapa Nui leaders were arrested for trying to manage their sacred sites and preventing an illegal search of Rapa Nui Parliament offices. Since then, investigations were started against three more people, although no further arrests were made. Four of those under investigation are from the Riroroko family.  Those who were arrested have been released from custody, but two Rirorokos are still dealing with travel restrictions that prevent them from leaving the island without Chile’s approval.

“Criminalization of those in opposition to the Chilean government is a widely-known practice Chile uses to stifle and intimidate those who speak out against the state,” said Center senior attorney Leonardo Crippa.  “The arrests underscore the challenges the Rapa Nui face in trying to protect their human rights.”

At the end of November 2015, Robert T. Coulter the Center’s Executive Director met with Rapa Nui leaders and community members on the island. Most of the families of the 36 clans are united around the effort for self-determination.

Management of Parque Nacional Rapa Nui, where the iconic moai are located, is also unresolved. The Rapa Nui continue to challenge the Chilean national park service (CONAF), among other parties, for control and access to their sacred sites. In October, a series of workshops were held to gather public input on different management options. The feedback from the workshops led to a referendum to be voted on by island inhabitants. While Rapa Nui participation in the workshops was strong, none of their suggestions, desires, or concerns were reflected in the final referendum. In an act of resistance, Rapa Nui people boycotted the referendum vote. Chile ultimately decided that the park would be co-administered by the State and the Rapa Nui. Despite this declaration, the park is still run by CONAF.

In addition to having to fight for access to their sacred sites on land, the Rapa Nui are facing a relatively new threat in the form of private interests trying to establish a marine park around culturally significant waters. Rapa Nui rely on the sea for subsistence and their livelihoods. A marine park would restrict access to the resources Rapa Nui are dependent upon and further diminish their ability to pass along cultural traditions.

The Rapa Nui believe they should be in charge of caring for and maintaining their sacred sites and resources. They have instituted weekly, community, open forums for people to come together, discuss the ongoing events and brainstorm what initiatives should be undertaken to combat further encroachment from government and private interests.

The Center is continuing to help Rapa Nui leaders meet with UN agencies and member states to ask for their support and sponsorship in the decolonization process.