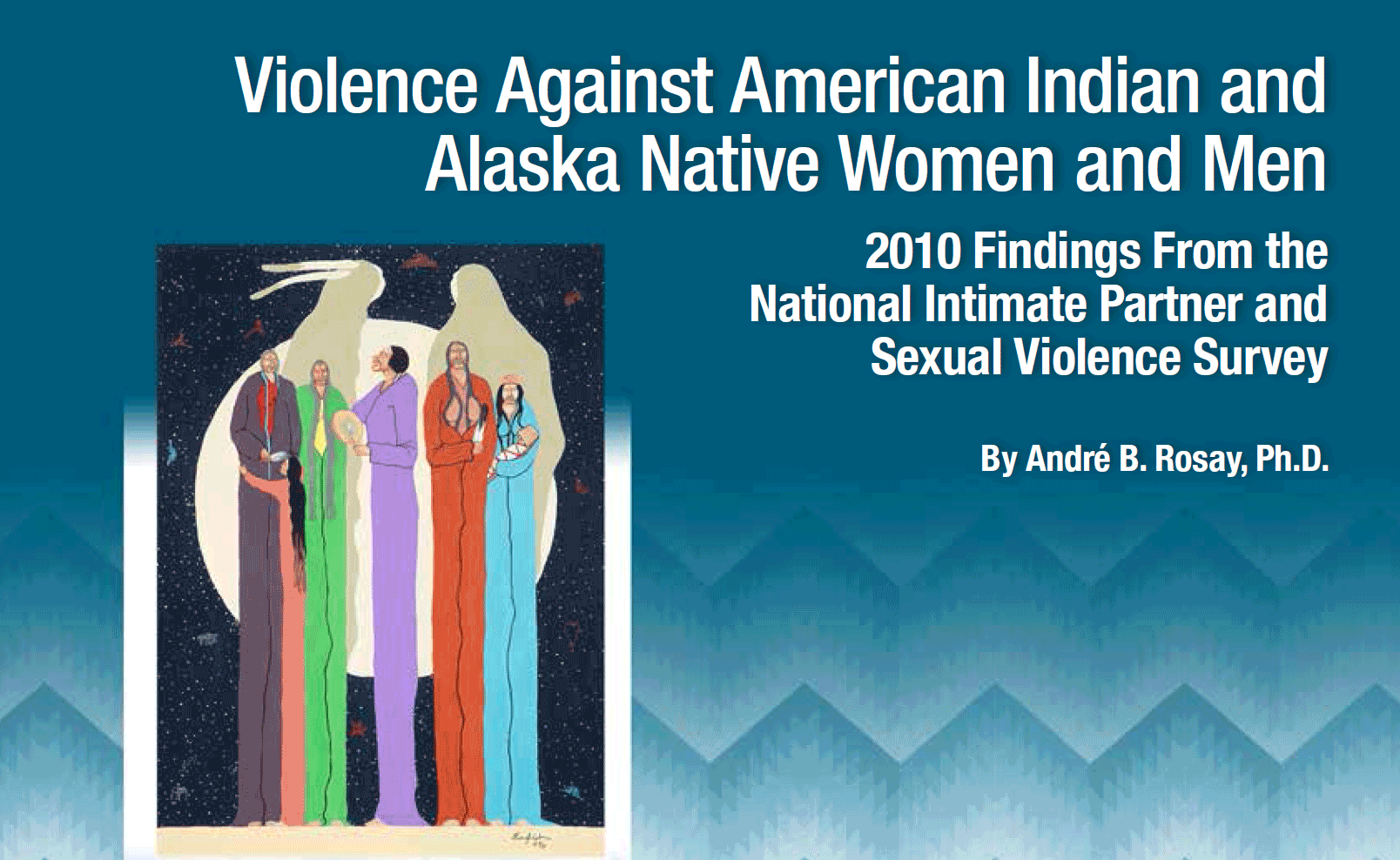 “The report confirms what we see at the grassroots level every day,” said Lucy Simpson, Executive Director of the National Indigenous Women’s Resource Center. “Native women suffer terribly disproportionate rates of violence, and it is usually non-Native men who are committing these crimes,” We need to make sure that our tribal governments have all the tools they need to respond to this epidemic of violence.”

The report examines the prevalence of violence against American Indian and Alaska Native women and men based on a large national sample and estimates the incidence of sexual violence, physical violence by intimate partners, stalking, and psychological aggression by intimate partners. The report also provides estimates of interracial and intraracial victimization of American Indian and Alaska Natives and examines the impact of violence on the victims. The program will include a presentation by the author of the report, Dr. André B. Rosay, and a discussion that will focus on further measures to intensify and strengthen the response to violence against American Indian women, and particularly Alaska Native women.

"VAWA 2013 was an important step forward, but VAWA jurisdiction is limited to certain crimes, it does not protect victims of stranger rape, and it does not protect children or other family members," noted Terri Henry, Co-Chair of the NCAI Task Force on Violence Against Women and Chair of the Indian Law Resource Center's Board of Directors. "The law needs to be expanded to protect additional victims and all tribes should be provided with the proper resources to implement the law.”