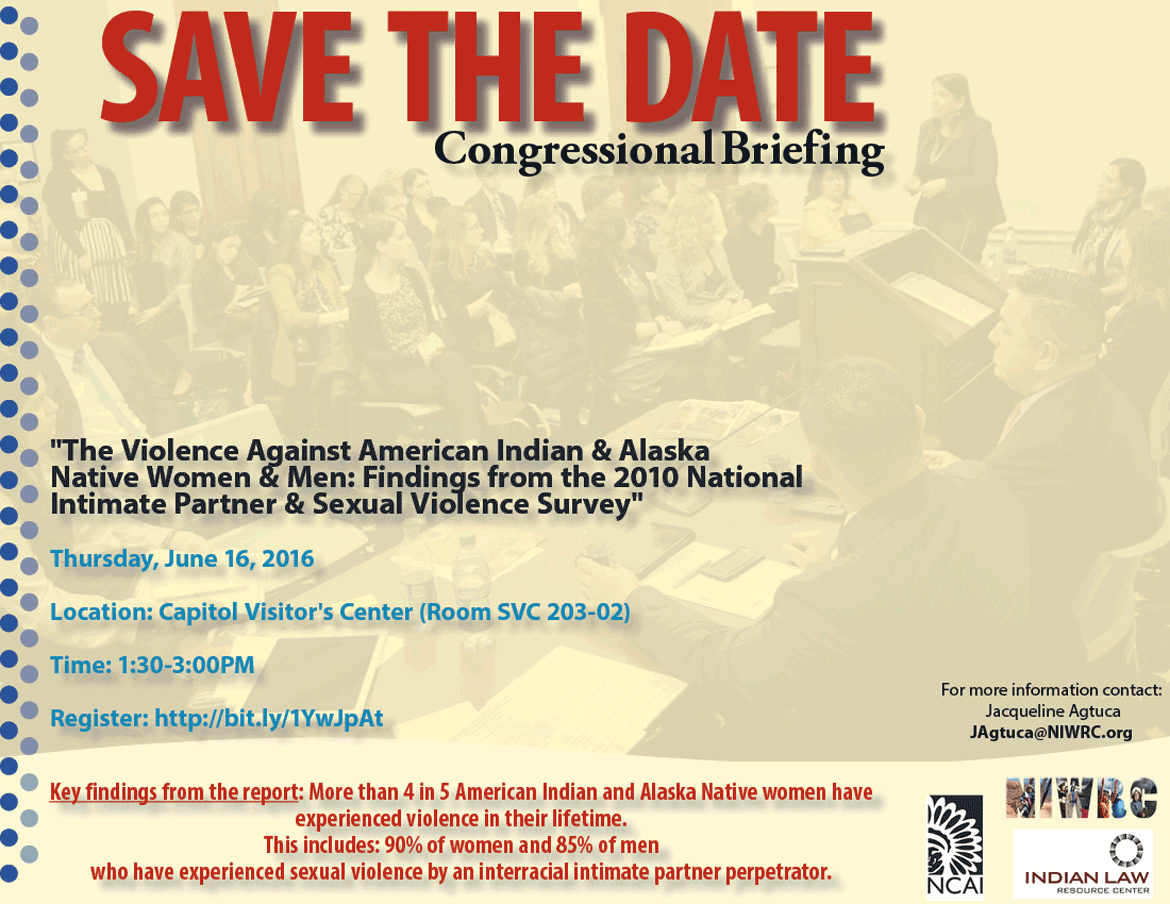 On May 5, 2016, the National Institute for Justice published its latest research report examining the prevalence of intimate partner and sexual violence against American Indian and Alaska Native women and men. Using a nationally representative sample from the 2010 National Intimate Partner and Sexual Violence Survey, the report provides estimates of sexual violence, physical violence by intimate partners, stalking, and psychological aggression by intimate partners. It also provides estimates of interracial and intraracial victimization and briefly examines the impact of violence on the victims. VAWA 2013 authorizes Indian tribes to exercise special domestic violence criminal jurisdiction within Indian country over certain non-Indian defendants. This report increases awareness about American Indian victimization to inform policies and practices surrounding implementation of VAWA 2013 special domestic violence jurisdiction over non-Indians. In addition, the report highlights a critical need for further measures to intensify and strengthen the response to violence against American Indian women, and particularly Alaska Native women.

Key findings from the report:

More than 4 in 5 American Indian and Alaska Native women have experienced violence in their lifetime. This includes:

·      55.5% who have experienced physical violence by an intimate partner

·      Among American Indian and Alaska Native victims, 90% of women and 85% of men have experienced sexual violence by an interracial intimate partner perpetrator.

On June 16, the National Indigenous Women’s Resource Center, Indian Law Resource Center, and National Congress of American Indians will be holding a congressional briefing to inform lawmakers about these and other findings and to better understand VAWA 2013 in the context of the NIJ report.