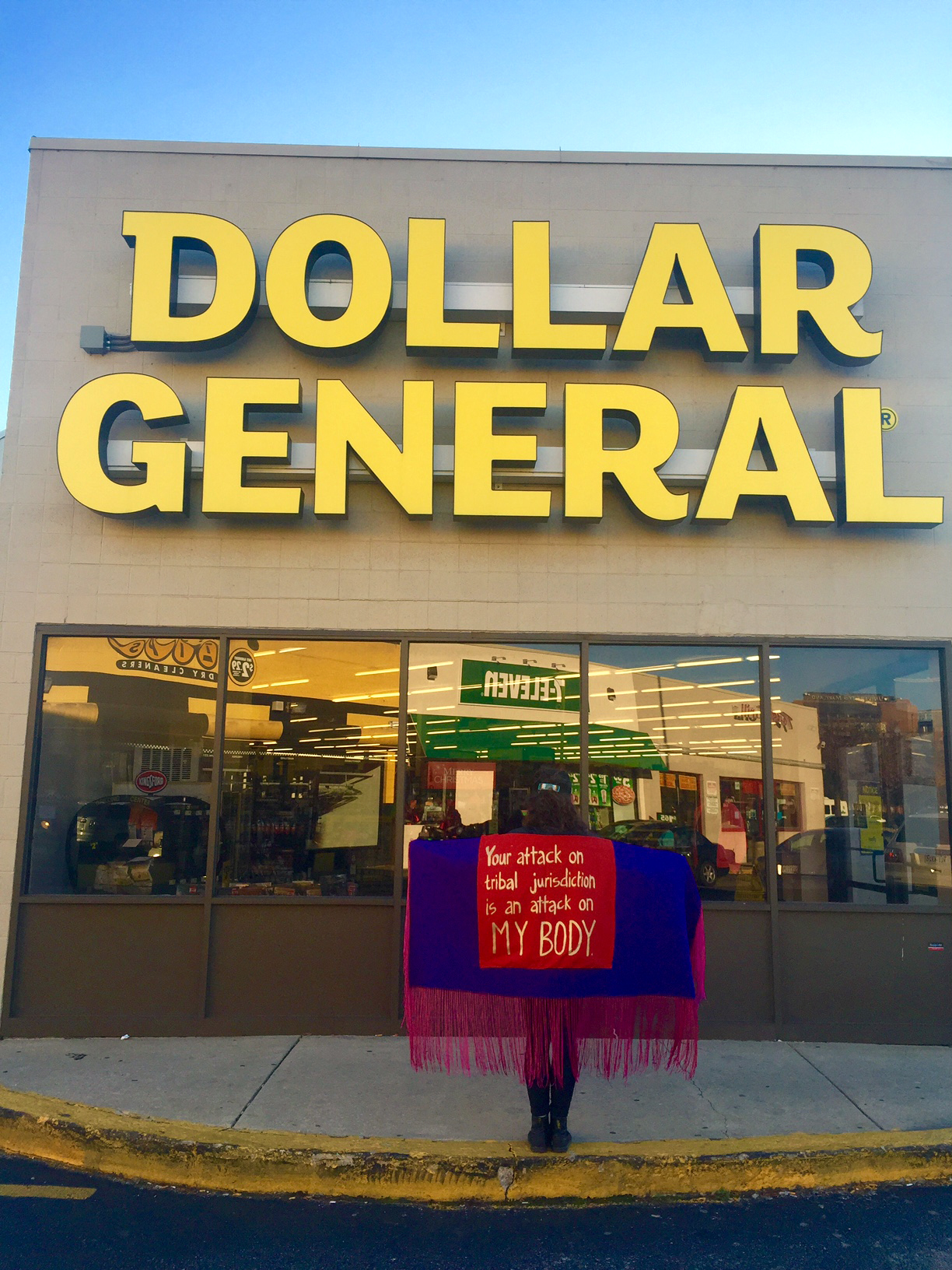 WASHINGTON, D.C. — On December 7, 2015, from 9:00 a.m. – 12:00 p.m. EST, hundreds of supporters will rally on the steps of the United States Supreme Court as oral arguments begin in Dollar General Corporation v. Mississippi Band of Choctaw Indians, a case that threatens the safety of Native women and children nationwide. After lower federal courts upheld tribal sovereignty, Dollar General asked the Supreme Court to declare that Indian Tribes have no civil jurisdiction over non-Indian defendants, even when they are accused of sexually assaulting Native women and children on tribal lands.

“Dollar General’s attempt to avoid any accountability for the alleged conduct of its supervisor through this case could have far-reaching and devastating consequences for the ability of Indian Tribes to protect their Native women and children,” said Lucy Simpson, Executive Director of the National Indigenous Women’s Resource Center, which filed an amicus brief on behalf of 105 organizations. “Our Native women and children suffer the highest rates of violence and sexual assault in the United States, with the majority of those assaults committed by non-Indians.”

The event is being organized by the National Indigenous Women’s Resource Center (“NIWRC”), FORCE: Upsetting Rape Culture (“FORCE”), and the Indian Law Resource Center to demand justice for Native women and children and the inherent right of their Tribal Governments to protect them.

The rally will begin with a national moment of prayer for the safety and healing of survivors of sexual abuse led by Traditional Chief Arvol Looking Horse. Songs of inspiration and encouragement will be offered by Juana Majel Dixon, Traditional Legislative Counsel, Pauma Band of Luiseno Mission Indians, and Greg Grey Cloud.

At 10:30 a.m., the Walk will move to the U.S. Capitol Lawn Area 9 across from the Supreme Court, where a Monument Quilt will be on display throughout the rally. The Monument Quilt, which spans more than five basketball courts, is an ongoing project to create a public healing space for survivors of rape and abuse.

About FORCE
Contact:  Rebecca Nagle, Co-Director and Co-Founder
(443) 722-0929, email: upsettingrapeculture@gmail.com
FORCE: Upsetting Rape Culture is a creative activist collaboration to upset the culture of rape and promote a culture of consent. FORCE is the organization behind the Monument Quilt an ongoing collection of stories from survivors of rape and abuse. The Monument Quilt is changing the US from a culture that publicly shame survivors of rape and abuse to a culture that publicly supports them. (themonumentquilt.org)

About the Indian Law Resource Center
Contact:  Ginny Underwood, Communication Director
(405) 229-7210, email: gunderwood@indianlaw.org
Founded in 1978, the Indian Law Resource Center is a non-profit organization established and directed by American Indians and dedicated to protecting the rights of Indian and Alaska Native nations and other indigenous peoples throughout the Americas. The Center’s Safe Women, Strong Nations project works to end the epidemic levels of violence against American Indian and Alaska Native women and children and to strengthen Indian nations. (www.indianlaw.org)