Helena, Mont. --  Dianne Millich, a member of the Southern Ute Indian Tribe in Colorado, already knows better than anyone about the importance of the tribal provisions in the Violence Against Women Reauthorization Act, S. 1925, which was passed by the Senate with strong bipartisan support.  She is a survivor of violent domestic abuse that has gone unprosecuted for two reasons:  she lives on tribal land and her attacker was a non-Indian.  On May 8th, the House Judiciary Committee marked up and passed H.R. 4970, a stripped-down VAWA that excludes a number of key provisions found in the Senate bill, including those bearing on the safety of Native women and communities.  During markup, the Committee refused to allow debate or even to consider a substitute amendment offered by Ranking Member John Conyers (D-MI) similar to S. 1925.

At the core of the debate is whether the VAWA reauthorization will include tribal provisions to address jurisdictional gaps in federal law--gaps that fail to protect Native women from domestic violence, dating violence, and violations of protection orders by non-Indians.

“All of these types of crimes, some 88% of which are committed by non-Indians, are prevalent on Indian reservations and threaten the lives of Native women daily,” said Jana Walker, senior attorney and director of the Indian Law Resource Center's Safe Women, Strong Nations project.  According to the Census Bureau, 77% of the population living on reservations and other Indian lands are now non-Indians.  Over 50% of Native women are married to non-Indians.  To Millich, legislation, such as S. 1925, would not only protect her, but also thousands like her.  Right now, she says the legal system has already shown that violence against her, an American Indian woman, has no legal consequences.

“I left and returned to my husband more than 20 times.” said Millich. “After a year of abuse and more than 100 incidents of being slapped, kicked, punched, and living in horrific terror I left for good.  But the violence didn't stop.”

Throughout her ordeal, Millich lived with her non-Indian husband on the reservation of her tribe.  She called the Southern Ute Tribal Police repeatedly, but, under existing law, the Tribal Police lacked jurisdiction to arrest and prosecute her husband because he was white.  She also called the La Plata County deputy sheriff, but they lacked jurisdiction to help because she was Indian and lived on tribal land. 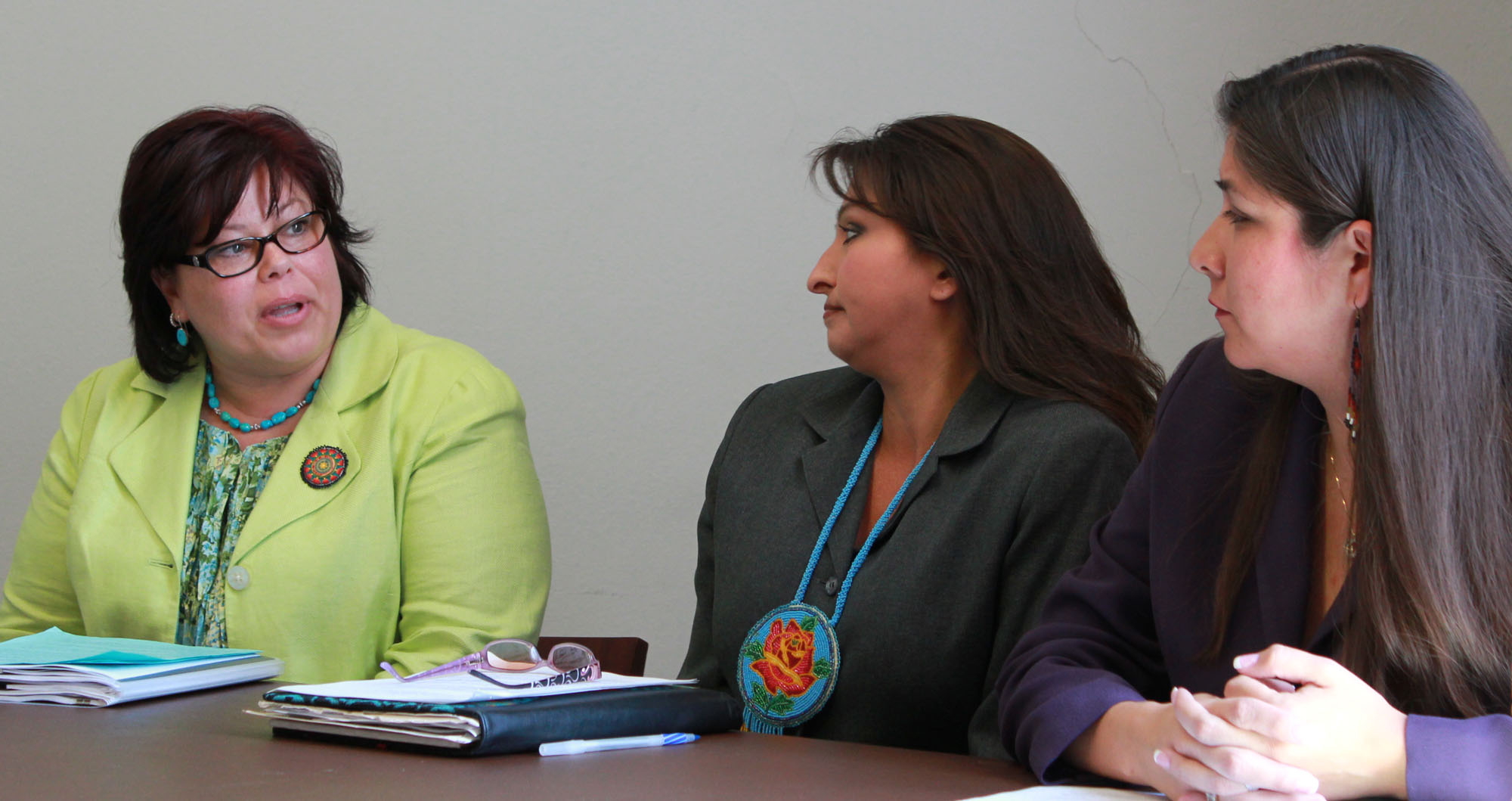 Such crimes typically fall exclusively under federal jurisdiction.  This means that Native women and Native nations must rely on federal officials to prosecute these crimes.  Accordingly, to the government’s own records, U.S. attorneys decline about 67% of all sexual abuse matters referred to them from Indian country.  As a result, non-Indians committing such crimes may act without fear of punishment, allowing a cycle of escalating violence in Native communities.  All this explains the epidemic levels of violence on tribal lands:  34% of Native women will be raped, and 39% will suffer domestic or intimate partner violence.  Native women are 2½ times more likely than other women in this country to be violently assaulted.  “Horrifically, on some reservations, the murder rate for Native women is 10 times the national average.  And all this takes place as Native women are denied meaningful access to justice,” said Juana Majel Dixon, 1st Vice President of the National Congress of American Indians and Co-Chair of the NCAI Task Force on Violence Against Women.

After filing for divorce, Millich’s husband vandalized her home and then showed up at her on-reservation office with a 9mm hand gun.  She survived only because a co-worker pushed her out of the line of fire.  That co-worker was shot in the process.  Her husband fled and was captured two weeks later in New Mexico on drug and weapons charges.

“The tribal provisions in S. 1925 would offer badly needed improvements for protecting Native women, including offering Native nations jurisdiction to deal with certain misdemeanor crimes of domestic violence by non-Indians against Native women.  Presently, tribal governments are the only governments in America that lack authority to protect their citizens from such crimes. This would increase the ability of tribal governments to exercise some local control aimed at keeping Native women and our communities safe,” added Terri Henry, Co-Chair, NCAI Task Force on Violence Against Women, and Councilwoman, Eastern Band of Cherokee Indians.

To this day, Millich’s husband has not faced charges of domestic violence.  She was left to rebuild her life with no victim compensation.

“I am a Native woman and my family has lived on our reservation for more than seven generations. The legal system failed me,” said Millich.

On May 10th, the Congressional Native American Caucus sponsored a bipartisan briefing, "The Violence Against Women Reauthorization Act and Safety for Indian Women," to highlight the importance of the tribal provisions. (See agenda and testimony below.) The full House of Representatives is expected to vote on its VAWA reauthorization bill soon -- as early as mid week.