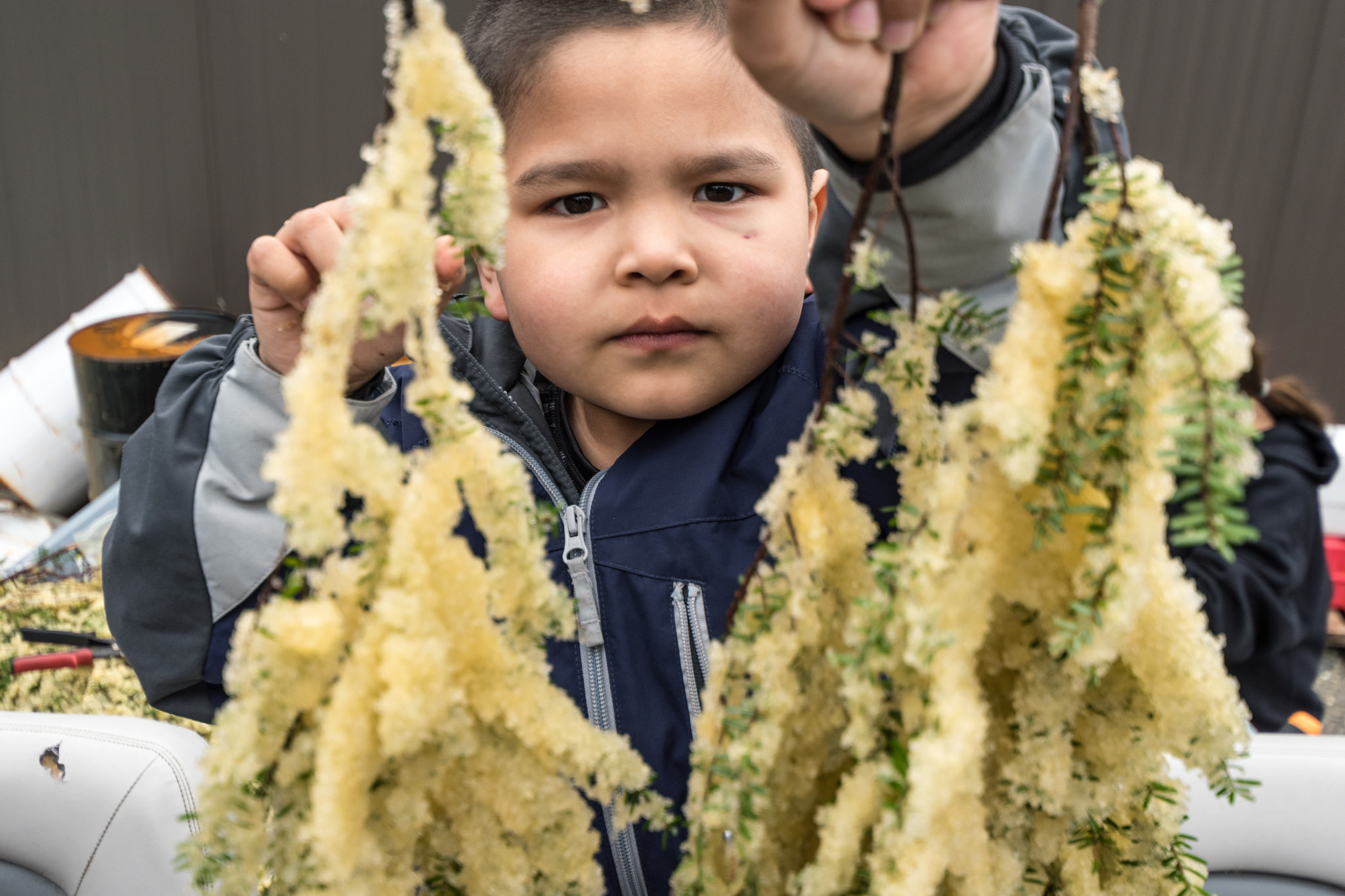 The Tlingit, Haida, Aleut, and Tsimpsian peoples of the Sitka Tribe of Alaska are fighting to protect Pacific herring in Sitka Sound.

Pacific herring roe has long been an important food source and cultural mainstay of Native peoples of southeast Alaska. Pacific herring is also a key food source for many species in the marine ecosystem, including commercially prized salmon and halibut.

With commercial fishing interests operating in the Sound, the Sitka Tribe has been observing losses in both the spatial distribution and quality of Pacific herring spawn. They are now fighting to preserve their traditional way of life and seeking to have the State of Alaska take account of their traditional ecological knowledge in decision-making to protect the Pacific herring.

Recent Alaska Board of Fisheries rulings

The Alaska Board of Fisheries accepts proposals on how to regulate specific fisheries on an annual basis, and the Sitka Tribe has been submitting proposals for several years in an effort to convince the Board to take steps to better conserve the herring fishery. The Board has not generally been responsive to the Tribe’s proposals. In January 2018, the Board again declined to take most of the actions proposed by the Tribe, allowing the commercial harvest to continue at its current level.

“Not only does the State of Alaska, as well as other stakeholders, not understand indigenous rights as laid out in the United Nations Declaration on the Rights of Indigenous Peoples, but it would also appear they do not even care to acknowledge our indigenous rights,” said Louise Brady, Kiks.ádi clan member. “The concern continues to focus on the one-dimensional understanding of herring eggs as vital to the colonial economy rather than the cultural, historical, and spiritual value of our people.”

The Tribe had made the following proposals:

The Sitka Tribe firmly believes that Sitka Sound herring stock must be more conservatively managed to ensure abundant subsistence harvests and a functioning marine ecosystem in the future, and they will continue to fight to protect the Pacific herring that is so central to these purposes.

For Alaska Natives in this region, Pacific herring roe is not only a crucial traditional food source, but also a part of a treasured way of life. Herring roe is traded and shared at communal tables in ancient traditions central to their culture.

For thousands of years they have sustainably and conservatively harvested herring roe using traditional methods in which hemlock branches are submerged in the pristine coastal waters and retrieved after the fish have spawned and the branches have become coated with eggs. This practice does not kill mature fish. It enhances herring habitat, allows for a fully functional marine ecosystem, and maintains abundant productivity of coastal spawning areas.

Numerous elders have testified to the former extent of spawn, noting that in the past every rock and every bay was covered in spawn. The Sitka Tribe is observing that the herring no longer spawn in many of their traditional harvest sites. Ed Young of Sitka said, “There are so many places we used to lay our branches: Halibut Point Road, Sam Sing Cove, Alutkena, Deep Inlet, Sandy Cove, across from Camp Coogan.”

At traditional harvest sites where the herring still spawn, the Sitka Tribe is seeing a decrease in the quality of the roe, with minimal, thinner spawn. They relate this decrease to disruptions in the natural patterns of the herring, caused by intensive harvesting. Chuck Miller of Sitka said, “Last year was so bad. We laid our branches and what we got was bad. Really thin.” 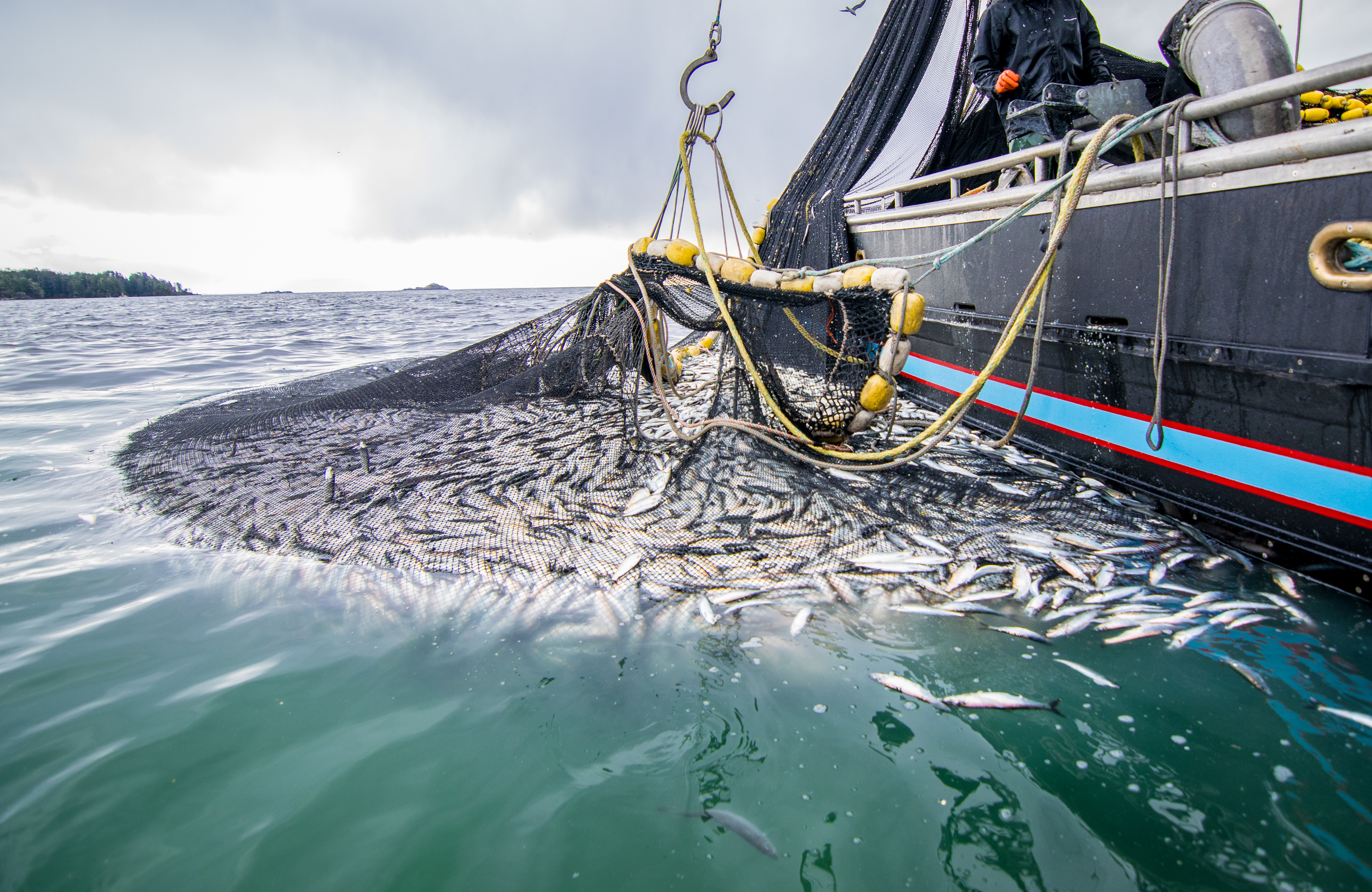 Commercial seiners and set-netters harvest herring whole and strip the valuable sac roe from the females. Virtually all the herring roe they take goes to the wealthy Japanese market. In 2017, they harvested approximately 120,500,000 herring in this manner— a harvest worth millions of dollars. This is a tremendous number of fish that will no longer support other fish species or return to Sitka Sound to spawn again.

The Alaska Board of Fisheries establishes Sitka Sound commercial harvest quotas using an Age Structured Analysis model and biomass accounting forecasts. Unfortunately, these methods do not employ systems that react to a changing data set in real-time. They are not quickly responsive or self-adjusting to account for changing conditions, nor does the Board of Fisheries publish data about how precise their forecast estimates turned out to be. The Board’s formulas and models do not account for many uncertainties that may occur in the months leading up to harvest.

The Sitka Tribe believes the assessments used to establish harvest levels and biomass forecasts are not accurate enough to safely protect herring from over-harvesting.

The future of Pacific herring and traditional practices

However, already, harm to the herring stock has seriously reduced Native subsistence gathering of herring roe by the Sitka Tribe. In the seven years from 2010-2016, the amount necessary for subsistence has been met only three times. The Alaska Department of Fish and Game and Board of Fisheries are failing to protect the rights of the Sitka Tribe and other Alaska Natives. Policy changes must be made to guarantee the Sitka Sound remains a thriving marine ecosystem for future generations.