Covid-19: COIAB, Center urge UN and OAS to act to protect indigenous peoples in the Amazon 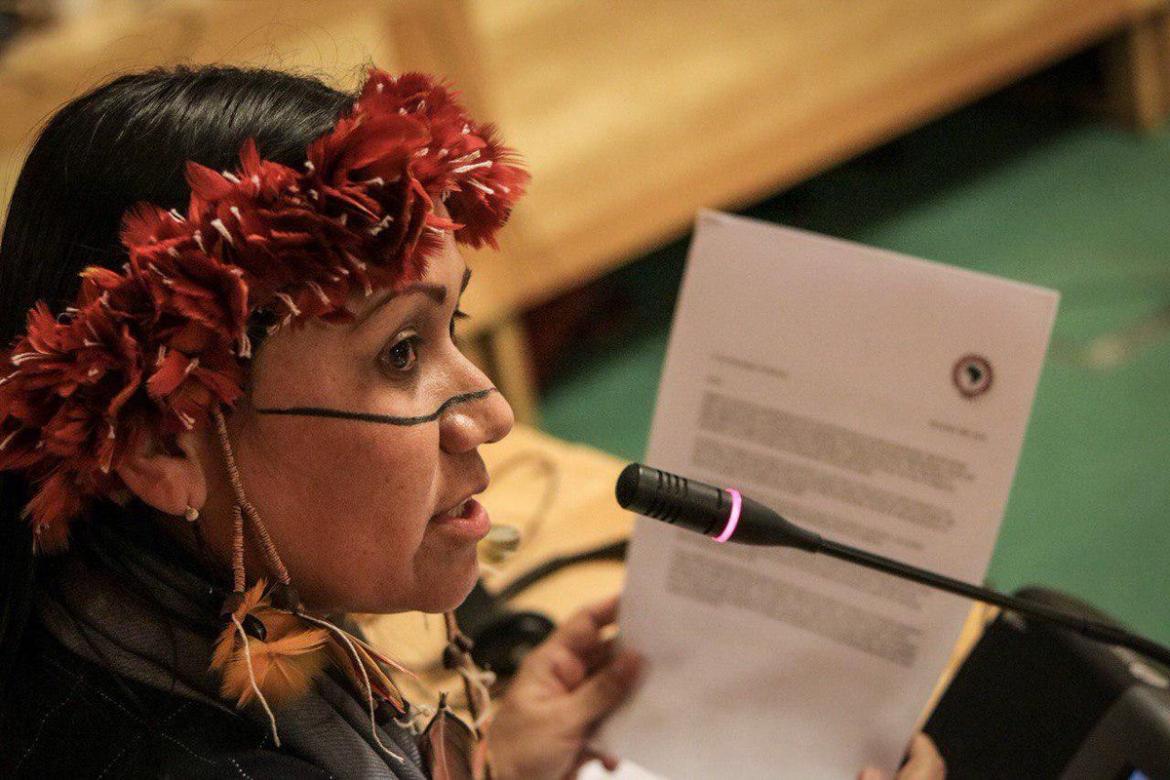 The Coordination of the Indigenous Organizations of the Brazilian Amazon and the Indian Law Resource Center unite to denounce the grave and continuous human rights violations of indigenous peoples, and especially those that live in voluntary isolation or in recent contact in Brazil. On April 15, 2020, COIAB and the Center sent two letters – one addressed to the Secretary-General the United Nations (UN), and the other to the Secretary-General of the Organization of American States (OAS). These letters highlight how the COVID-19 pandemic has resulted in a health crisis without precedent, with serious implications for indigenous peoples in isolation in the Brazilian Amazon, which puts their human rights at risk, including their rights to land and self-determination.

The letters point out how these violations arise from specific governmental decisions that threaten the lives of these peoples. The federal government is not adopting measures to prevent invasions on indigenous lands by illegal miners, loggers, farmers, hunters, squatters and others who are interested in predatorily selling these areas. So far, Brazil has not taken any steps to remove these invaders. On the contrary, the invasions on indigenous lands are increasing, a fact evidenced by the 50% increase in deforested area in the first quarter of 2020 compared to the same period in 2019, during which record deforestation rates had already been registered in comparison with previous years. The disorder caused by the outbreak of COVID-19 in Brazil has become an increasingly significant factor in recent weeks as the invaders take advantage of the confusion and reduced governmental supervision in order to illegally enter indigenous lands. These invaders pose serious risks to the health of indigenous populations, exposing them to even more threats, violence, and diseases like COVID-19.

A concrete example of the direct relationship between the pandemic and measures to weaken territorial rights of indigenous peoples is National Indian Foundation’s (FUNAI) recent publication of a regulation that eliminates the need to issue land-owning documents for private properties that would eventually be located in areas where there are indigenous lands claimed by indigenous peoples in the demarcation process or in areas with the possible existence of isolated indigenous peoples. Previously, it was forbidden to issue such certificates in these areas, thus unconstitutionally legalizing the regularization of these farms, including those resulting from land grabbing.

The letters also highlight that Brazil has also failed to develop plans, actions, and policies to prevent or reduce the spread of COVID-19 in indigenous lands, especially in areas inhabited by isolated and recently contacted populations. In addition, Brazil has also failed to consult these peoples, their communities, and their representative organizations about developing such plans. Although the new disease is already spreading among the indigenous peoples of the Amazon, so far, the government of Brazil has not taken any effective preventative measures to prevent the pandemic from reaching isolated groups. Nor has the Brazilian government acted to prevent or punish the criminal activities of the missionary groups who seek to take advantage of the current health crisis to force contact with indigenous peoples in voluntary isolation. On the contrary, a pastor with a long history of missionary activity was recently appointed as the General Coordinator of the Isolated Indian and Recent Contact Unit of FUNAI. This has also encouraged missionaries to illegally enter indigenous lands in an attempt to force contact with isolated peoples.

The federal government has not yet adopted effective public health measures to protect indigenous peoples during this pandemic situation, despite the detailed recommendations from civil society, the Public Ministry or the National Human Rights Council. Nor has the government adopted any such strategy for the epidemiological monitoring of the regions where isolated peoples live. There is no clear information regarding the implementation of relevant public health measures in these territories. If this public policy planning is already taking place, indigenous organizations have not been asked to participate in it. Many territories are shared by different indigenous peoples with various degrees of interaction with the general society and with each other. For this reason, it is essential that the government monitor the epidemiological conditions of the surrounding populations (indigenous and non-indigenous) in these territories.

Within the current pandemic, and considering Brazil’s near complete failure to take sound public health measures in conjunction with indigenous peoples to limit or prevent the spread of COVID-19, these invasion and human rights violations threaten the very existence of indigenous peoples and may soon lead to the genocide of many isolated and recently contact indigenous populations, whether due to the direct violence of the invaders or to epidemiological risks given their lack of immunity to infectious diseases.

COIAB and the Indian Law Resource Center request the UN and the OAS to take urgent action to investigate this situation of human rights violations of isolated and recently contacted peoples in Brazil and to make recommendations to the federal government about ensuring compliance with the relevant human rights standards. The two letters are also a call to the international community to immediately act in order to protect the peoples who have chosen to live in isolation, as well as all the indigenous populations of the Amazon.

Letter to the U.N. Secretary General on Brazil's Violation of Indigenous Peoples' Human Rights in the Context of the COVID-19 Pandemic

Letter to the O.A.S. Secretary General on Brazil's Violation of Indigenous Peoples' Human Rights in the Context of the COVID-19 Pandemic

Contacts for the Press: