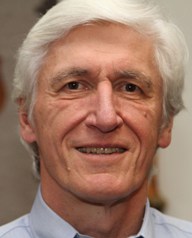 The recent Texas Federal District Court ruling in Brackeen v. Zinke, which struck down portions of the Indian Child Welfare Act and declared ICWA a race based statute, is the latest development in a long campaign by anti-Indian groups and the federal government to get rid of one of the most important principles in federal Indian law:  that laws benefiting Indian tribes are based upon their classification as political or governmental units – and are not racial classifications.  This is a principle embedded in U.S. law from the very beginning and explicitly recognized by the Supreme Court in Morton v. Mancari.

We have prepared a paper that reviews the decision in Mancari and the law leading up to and following it.  We then turn to a discussion of the present challenges to the Mancari rule.  In Part V, we suggest possible ways to support the decision and its rationale, and we discuss some additional legal arguments and approaches for defending the constitutionality of legislation benefiting tribes.

Forty-five years ago, the Supreme Court decided in Morton v. Mancari that federal laws specifically benefiting Indian tribes are based upon a classification of tribes as political or governmental units – and are not racial classifications. The Court recognized that without this principle, almost the entire body of federal legislation relating to Indian and Alaska Native tribes could be found unconstitutional as racially discriminatory.  This fundamental principle in the framework of federal Indian law is still intact, but it is now under serious attack based on recent trends in discrimination law.  In a series of “reverse discrimination” cases, the Supreme Court has invalidated affirmative action regulations, though enacted in good faith to remedy past or current discrimination, because they are explicitly racial, ancestral or ethnic.

The Mancari decision has been challenged for decades by anti-Indian and extreme conservative groups, and it has recently been twice called into question by the Trump Administration, once by the President in a formal signing statement last year and again in 2018 by an agency of the Department of Health and Human Services.  Most recently, a federal district court declared major parts of the Indian Child Welfare Act unconstitutional by reading the Mancari decision in an exceedingly restrictive manner.  The decision would, if upheld, greatly narrow the range of federal legislation the Mancari decision protects.

Further challenges to Mancari will probably arise in the form of federal administrative action or litigation.  The stakes for tribes are very high, because the ability of the federal government to carry out its trust responsibilities to tribes, particularly to provide programs and financial assistance to tribes, could be greatly diminished if these challenges succeed.  Indian and Alaska Native tribes and organizations are already addressing these challenges, but new attacks could arise almost anywhere. (Click here to download the paper...)