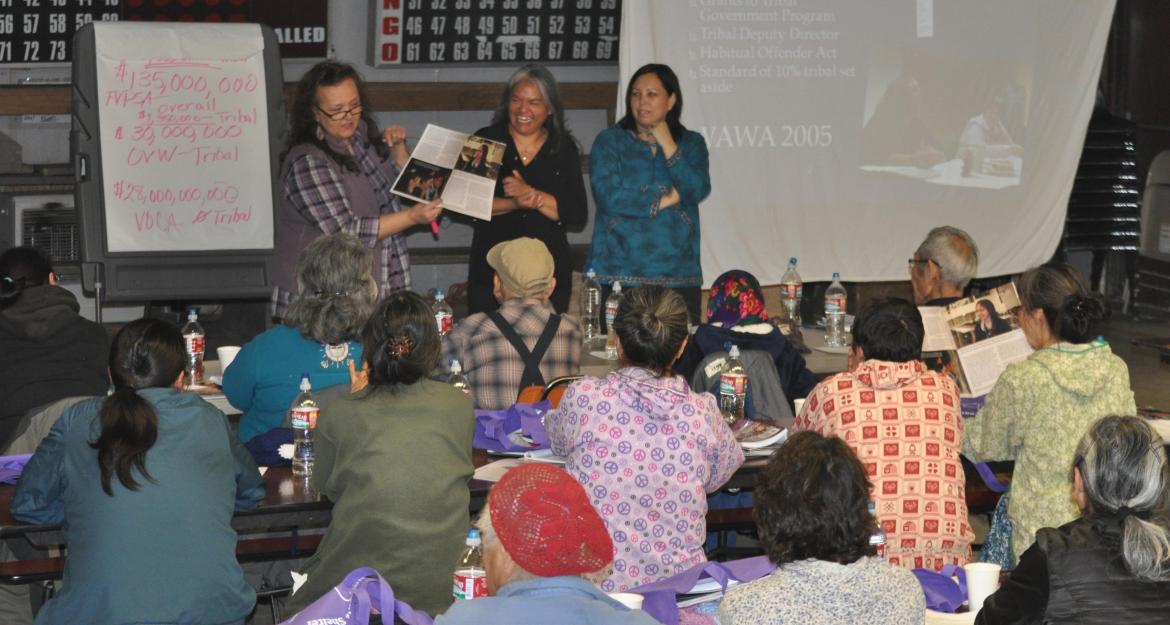 Helena, Montana   ̶ Indian Law Resource Center was recently awarded a $5,000 grant from the Shakopee Mdewakanton Sioux Community for the Center's work to pursue legal strategies and educational initiatives aimed at improving safety in Alaska Native villages and access to justice for women and girls.

“Alaska Native women suffer the highest rates of forcible sexual assault in the United States  ̶  rates at least seven times that of non-Native women” says Jana L. Walker, a senior attorney at the Center who  directs the Center’s Safe Women, Strong Nations project. Walker calls the situation in Alaska desperate and particularly complex due to many legal, social, and environmental factors. “In Alaska Native villages, the authority and responsibility to investigate and prosecute these crimes is almost exclusively in the hands of state law enforcement, which averages roughly one field officer per million acres, and more than half of rural Alaska Native villages have no local law enforcement presence at all.”

The Indian Law Resource Center will use the grant for its work to assist and build the capacity of the Alaska Native Women’s Resource Center, a relatively new nonprofit organization. The Center will advise AKNWRC on a variety of legal issues from state government policies to international human rights law to the reforms and training needed to create safer Alaska Native communities.

In addition to the grant from the Mdewakanton Sioux Community, the Center's Safe Women, Strong Nations project is funded by the Yocha Dehe Community Fund, and several other generous family foundations and individual donors.

About the Shakopee Mdewakanton Sioux Community

The Shakopee Mdewakanton Sioux Community is a federally recognized, sovereign Indian tribe located southwest of Minneapolis/St. Paul. With a focus on being a good neighbor, good steward of the earth, and good employer, the SMSC is committed to charitable donations, community partnerships, a healthy environment, and a strong economy. The SMSC and the SMSC Gaming Enterprise (Mystic Lake Casino Hotel and Little Six Casino) are the largest employer in Scott County. Out of a Dakota tradition to help others, the SMSC has donated nearly $300 million to organizations and causes since opening the Gaming Enterprise in the 1990s and has contributed millions more to regional governments and infrastructure such as roads, water and sewer systems, and emergency services.