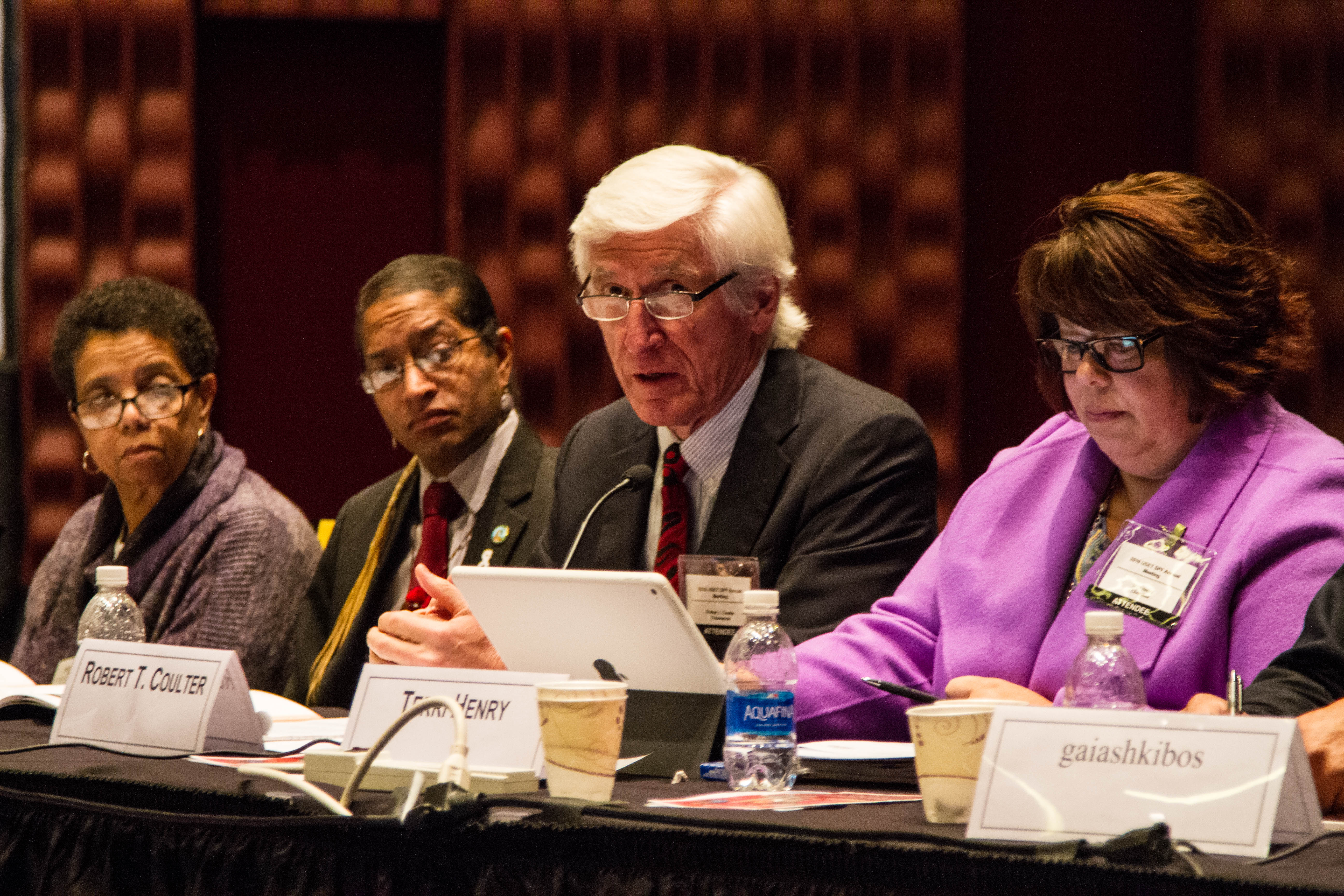 (Cherokee, N.C.) -- Two powerhouse boards, including leaders of  nearly 30 tribal nations, came together to discuss law reform and how Indian nations can take their rightful places at the United Nations. Board members of the Indian Law Resource Center joined the United South and Eastern Tribes (USET) meeting Oct. 24, 2016, in Cherokee, North Carolina.

“Indian nations have historically been international actors and a part of the world community of sovereign nations, and this is shown by their treaties with the United States and other nations,” said Robert Coulter, executive director of the Indian Law Resource Center. “Tribes have to engage in the UN process to ensure that the promises in the UN Declaration on the Rights of Indigenous Peoples are implemented.”

The UN Declaration was first adopted by the UN General Assembly in 2007 and endorsed by the United States in 2010. It is a global statement of the rights of Indian and Alaska Native tribes including the rights of self-determination, self-government and autonomy, rights to lands and resources, the right to be free of violence and discrimination, and many other rights. However, few tribes know how the Declaration can specifically benefit their people and why it’s important for them to engage internationally.

“We are advocating for indigenous governments to be given a  status in the UN, which would allow them to participate fully and influence UN decisions and activities,” said Coulter.

Additionally, the Organization of American States adopted the American Declaration on the Rights of Indigenous Peoples in June, 2016, which gives indigenous communities in North America, Mexico, Centra and South America, and the Caribbean another instrument to see justice for human rights violations.

The Standing Rock Sioux Tribe is an example of how the UN Declaration can be used effectively as part of a larger strategy. On September 20, 2016, Chairman David Archambault II addressed the United Nations Human Rights Council in Geneva asking for international support to stop the Dakota Access Pipeline. The visit to Geneva garnered widespread support from states and UN rapporteurs who monitor human rights violations, including a request for a visit to Standing Rock by the Special Rapporteur on the rights of indigenous peoples. 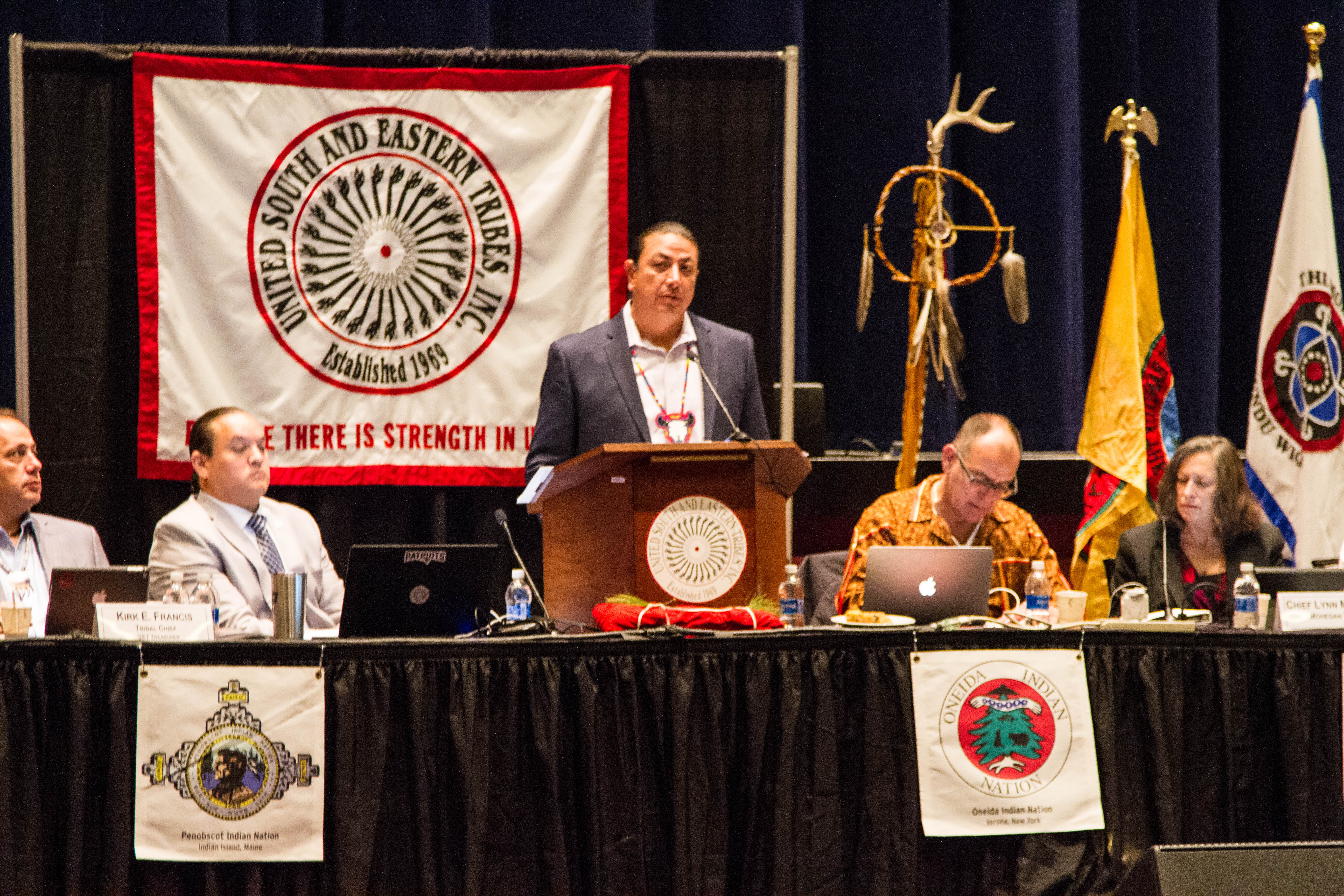 “We learned there are a lot of nations around the world facing what we are facing,” Archambault said during the USET board meeting. “We have to stand up for our rights together.”

Other goals supported by the Indian Law Resource Center and more than 150 indigenous nations, organizations, and Native women’s coalitions include creating a monitoring body for the UN Declaration on the Rights of Indigenous Peoples and taking action to eliminate violence against indigenous women.

“If we don’t define the next era in Indian country it will be defined for us,” said Brian Patterson, USET president since 2006. “The alternative to not having this conversation is that our women continue to go missing; the federal government makes another land grab; and the North Dakota Access Pipeline is in all of our territories.”

“What is happening in the United States is a humanitarian crisis. We spend $50 billion on every other nation on this planet and are still harming our own and not providing the care we need,” added Chief Lynn Malerba of the Mohegan Tribe, and USET secretary.

USET is set to consider ways to establish a more permanent relationship with the Indian Law Resource Center in order to work toward the promotion of the rights of indigenous peoples.

“I’m feeling a pride and relief to hear this kind of discussion happening,” said Chief Beverly Cook, St. Regis Mohawk Tribe. “We are at the right place and right time to push across the line because this is an opportunity we’re not going to have again.” 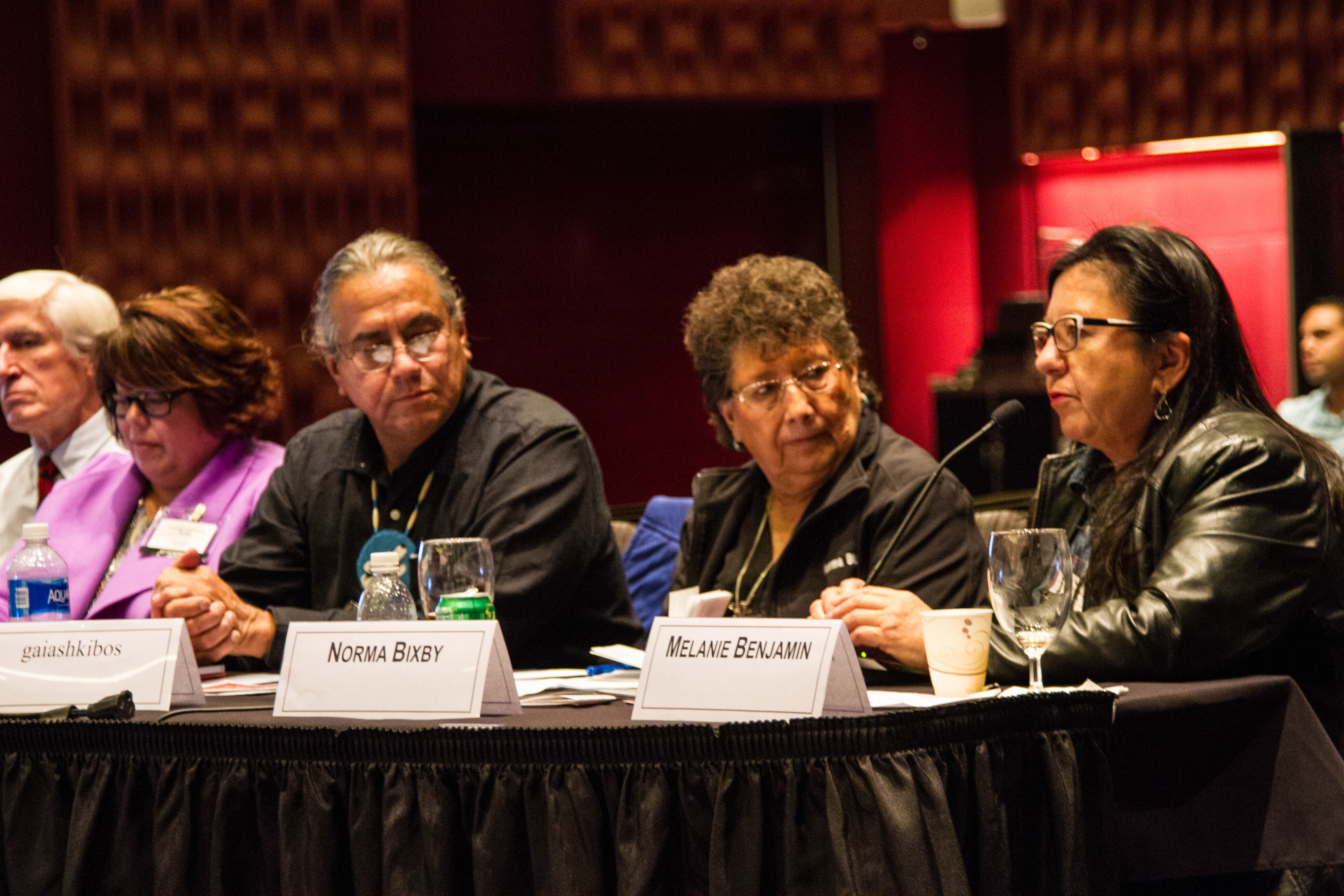 “Coming together collectively is a real statement of our resilience as tribal people,” said Terri Henry, chair of the Indian Law Resource Center board of directors and Secretary of State for the Eastern Band of Cherokee Indians.

USET is an inter-tribal organization with 26 federally-recognized Tribal Nation members focused on protecting the inherent sovereignty rights of all Tribal Nations and to ensure that the United States upholds its sacred trust responsibilities in Indian Country.

The Indian Law Resource Center is a non-proﬁt law and advocacy organization established and directed by American Indians. The Center’s principal goal is the preservation and well-being of Indian and other Native nations and tribes.  For more information, please visit www.indianlaw.org or www.facebook.com/indianlawresourcecenter.