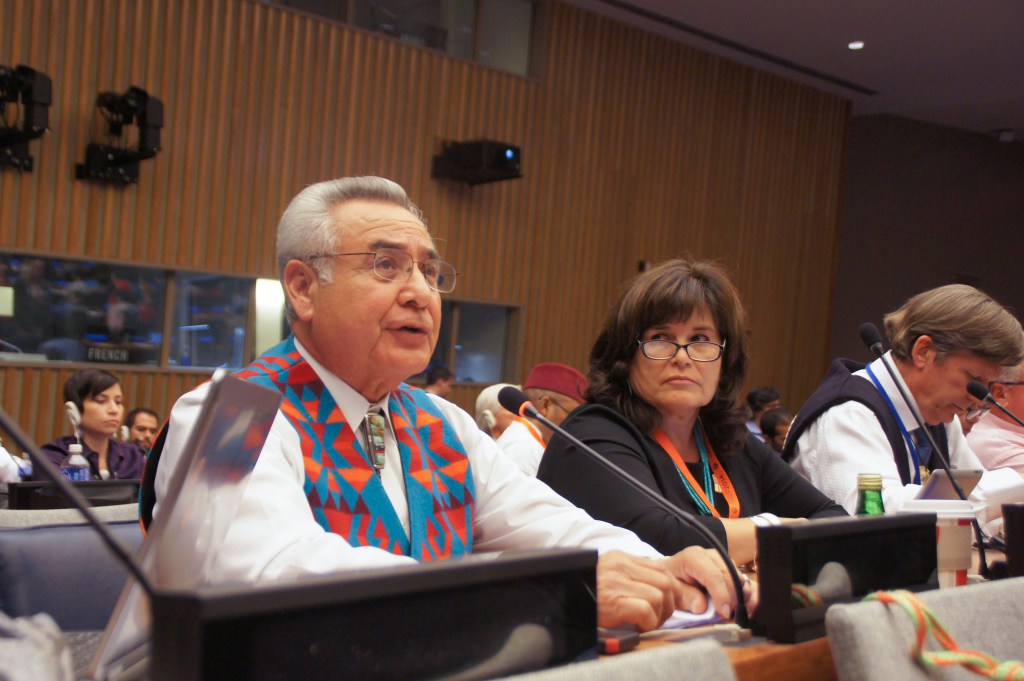 Since the World Conference on Indigenous Peoples, various United Nations bodies have decided to take action to implement key decisions of the Conference:

Download the full details of our proposals to implement decisions of the World Conference:
Actions to combat violence against indigenous women.pdf
An Implementing and monitoring body for the UN Declaration.pdf
Participation of indigenous governments in the UN.pdf

Apr. 10, 2017|The President of the 71st session of the General Assembly announced next steps to finalize the process to enable the participation of indigenous peoples' representative institutions at the UN.

Oct. 3, 2016 | The President of the 71st session of the General Assembly, H.E. Mr. Peter Thomson, in response to Resolution A/RES/69/2, conducted an informal launch briefing on the next steps to enable the participation of indigenous peoples' representatives and institutions (governments) at the United Nations. The PGA reconfirmed the appointment of H.E. Mr. Kai Sauer, Permanent Representative of Finland; H.E. Ms. Martha Ama Akyaa Pobee, Permanent Representative of Ghana; Dr. James Anaya; and Dr. Claire Winfield Ngamihi Charters as advisors to the process. The Advisors laid out the schedule of consultative meetings as follows:

July 20-24, 2015 | At the 9th Session of the Expert Mechanism on the Rights of Indigenous Peoples, Geneva, Switzerland

April 20-May 1, 2015 | At the 14th Session of the UN Permanent Forum on Indigenous Issues, New York, NY
Tribal leaders introduced a statement to the Permanent Forum on April 20, 2015, with proposals for follow-up work on the World Conference, including important details and recommendations for creating an effective implementing and monitoring body for the UN Declaration on the Rights of Indigenous Peoples, new rules for the participation of indigenous peoples’ governments in the UN, and UN action to combat violence against indigenous women. The statement also urges that indigenous governments have the opportunity to review, respond, and comment on the Secretary-General’s report and recommendations before it is submitted to the Economic and Social Council in July. The statement, though never offered to the Forum due to time limitations, was shared widely and was successfully filed with the Secretariat on behalf of 90 indigenous nations and 23 organizations in the Americas.
Read Full Statement