2016 Update: Draft American Declaration on the Rights of Indigenous Peoples 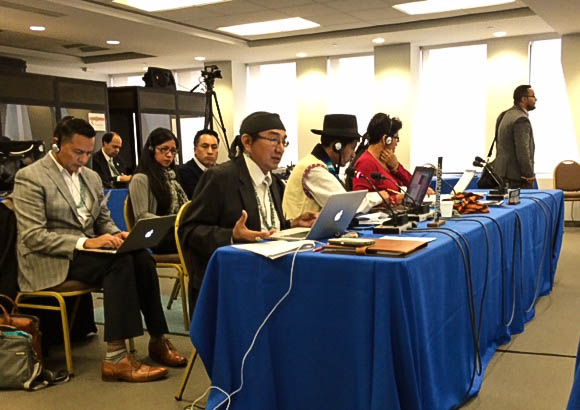 The Organization of American States (OAS) is a regional intergovernmental human rights organization of 35 member countries of the Americas including the United States. Since 1989, the OAS has worked to develop and negotiate with indigenous peoples a draft American Declaration on the Rights of Indigenous Peoples. The American Declaration will be a regional human rights instrument that can be used to protect the specific rights of indigenous peoples. It is expected to improve on the UN Declaration, in part by incorporating a stronger and more thorough treatment of treaties and gender equality. Since 2007, the United States has not participated in negotiations. Nevertheless, significant progress to finalize text of the draft Declaration was made in early 2015 and, in June 2015, the OAS General Assembly authorized work on the draft Declaration to continue in 2016. Work on the text of the Declaration likely can be completed in early 2016 and adopted by the OAS General Assembly in June 2016. It is important for Native nations and advocates to be involved in negotiations and to urge the United States to re-engage in this important work to develop human rights standards for indigenous peoples. More information is available at: http://indianlaw.org/adrip/home.