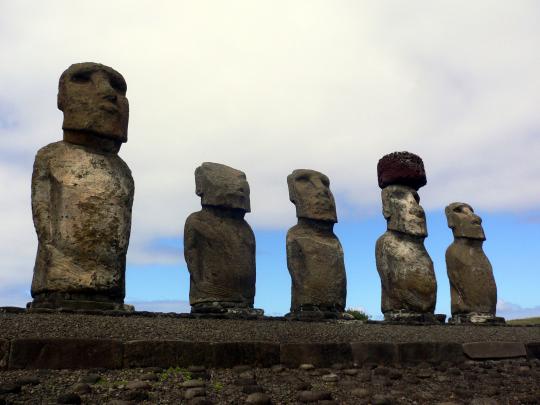 The Rapa Nui people are the original inhabitants of Rapa Nui Island, commonly known as “Easter Island.” The island in the southeastern Pacific Ocean is a colony of Chile, “annexed” in 1933 without the consent of the Rapa Nui people. The Rapa Nui people, comprising 36 clans, are engaged in a collective effort to rebuild its government and regain control of their ancestral lands and sacred and burial sites. In addition, the clans want to reclaim their self-government rights so they can curb unsustainable immigration and development on the island. The Center is providing legal assistance to help the Rapa Nui people use international law to defend their rights and bring an end to more than a century of Chilean mistreatment and human rights violations.

The Rapa Nui clans had begun taken actions to reoccupy their illegally taken lands, control their sacred and burial sites, and exercise their self-government rights, to call attention to the need for serious and constructive dialogue to resolve these issues. The Chilean government took a hard line against the Rapa Nui protests and clan leaders, using excessive violence to evict clan members from their ancestral lands and sacred and burial sites, and criminally prosecuting the leaders.

In 2010, the Center secured precautionary measures from the Inter-American Commission on Human Rights to prevent human rights violations arising from forced evictions perpetuated by Chilean armed forces. As a result, the violence has decreased but the situation remains tense because of unproductive and irregular dialogue carried out by the Chilean government on Rapa Nui issues.

In the Spring of 2015, Rapa Nui leaders began to manage and control the sacred archeological sites that had long been controlled the Chilean government.  Chilean authorities began arresting and prosecuting the Rapa Nui leaders, and they searched and closed down the offices of the Rapa Nui Parliament.  This led to demonstrations and further arrests as Rapa Nui leaders demanded self-determination and decolonization of the island. Center attorneys have provided legal counsel to the leaders and have assisted them in addressing the United Nations Human Rights Council, demanding an end to Chile’s colonial rule of the island; as well as in requesting again precautionary measures from the Inter-American Commission on Human Rights to protect the lives of Rapa Nui leaders. Center will help to enforce the recommendations issued by the Commission, and will continue to help the Rapa Nui to win respect for their land rights and their right to self-government.