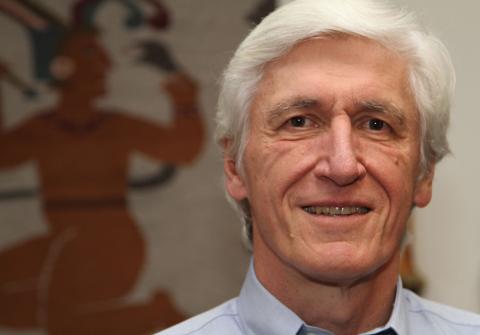 Supreme Court decision in Carpenter v. Murphy could have significant consequences on safety for Native women 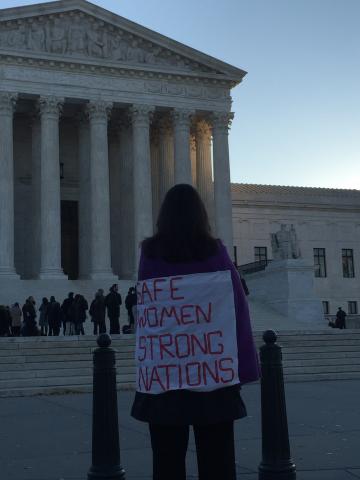 Today, the United States Supreme Court hears oral arguments in Carpenter v. Murphy, a case that will determine whether the Creek Nation’s reservation in Oklahoma was diminished or disestablished and whether the state had jurisdiction to prosecute a crime committed by an Indian in Indian country. Although the case is about the prosecution of a murder, the Court’s decision could have significant implications for Indian nations wanting to use the expanded tribal criminal jurisdiction provisions authorized in the 2013 Violence Against Women Act to provide safety to their women. This is because the restored tribal criminal jurisdiction in VAWA is contingent on the acts of domestic violence or dating violence against Native women occurring in Indian country. The Center was part of the team bringing the Court’s attention to how the case will impact Indian nations in Oklahoma and throughout the United States seeking to protect women and children from domestic violence and dating violence in Indian country. 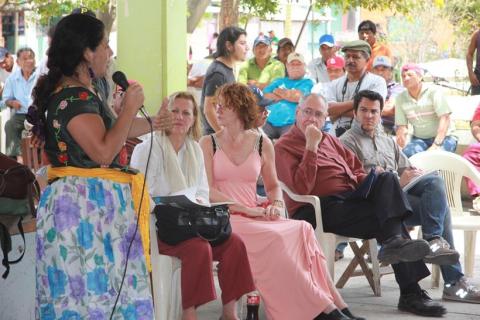 It’s been two years since the Executive Board of the Inter-American Development Bank (IDB) pledged to review and update its Indigenous Peoples Policy – part of the response to the Center’s complaint against the IDB-financed Mareña Renovables Wind Project in Oaxaca, Mexico. The project had drawn intense opposition from indigenous communities that feared the wind turbines and infrastructure would interfere with their cultural traditions, including limiting access to their sacred sites and damaging the fishery – their principal source of food and income. The IDB’s Directors have acknowledged that for the bank to work more effectively, it must ensure the "institutional and regulatory framework of projects involving indigenous communities be based on international best practices." The IDB’s current Indigenous Peoples Policy dates back to 2006. Since then, both the United Nations and the Organization of American States have both adopted declarations on the rights of indigenous peoples. The Center and many major indigenous organizations in Mexico and Central and South America are pushing the IDB to review and update its Indigenous Peoples Policy in consultation with indigenous peoples. We are bringing the IDB’s attention to the policy’s main shortcomings with respect to the legal standards set by the declarations

International Commission Investigates and Pledges to Monitor Violence Against Indigenous Women in the U.S. 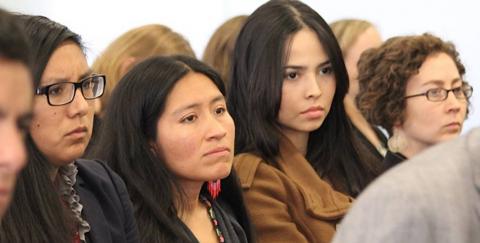 In October, the Indian Law Resource Center, the Alaska Native Women’s Resource Center, and the National Indigenous Women’s Resource Center testified before the Inter-American Commission on Human Rights, bringing international attention to the high rates of violence against Native women in the United States and the unworkable, discriminatory criminal jurisdictional scheme that limits Tribes’ authority and ability to address this crisis in reservation communities. The Commission, astonished by what they heard, pledged to continue monitoring the situation and to assist in any way. (More ...) 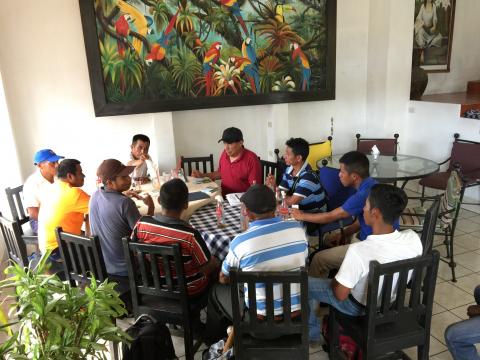 We are seeing evidence that engaging the Inter-American Commission on Human Rights in Agua Caliente’s fight to protect thier rights to thier lands and resources is putting pressure on the Guatemalan government and the agencies that have refused to give the community their land titles. In July, Guatemala’s Congress forced FRONTIERRAS, the country’s land titling agency, to explain why it has not taken measures to comply with the 2011 Constitutional Court decision in favor of Agua Caliente. As a result, FRONTIERRAS is trying to convince Agua Caliente and other Q’eqchi’ communities living within the mining concession area to relocate their lots to accommodate the mining company’s interests in their lands.

Indigenous Peoples at the Border 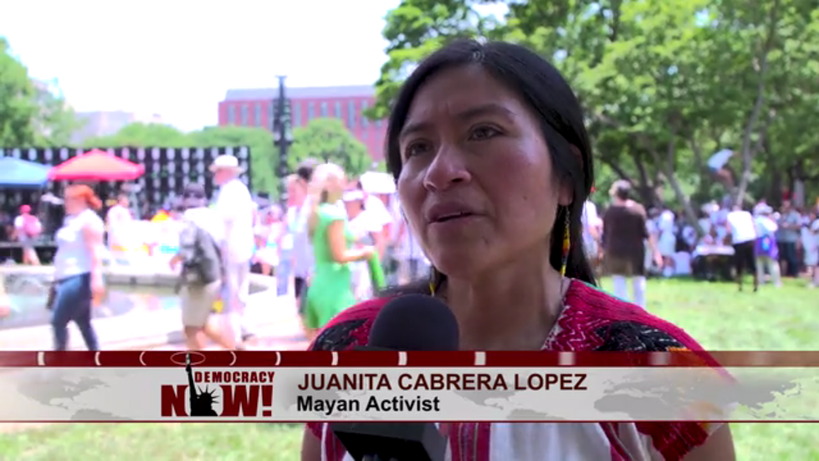 As images and stories from the U.S.-Mexico border capture our attention, outrage and sympathies, it's important to remember that many seeking refuge in the United States are indigenous peoples. Actual numbers are difficult to come by, but a 2015 report cites that "among Guatemalan families entering Southern Arizona, some 42% in spring of 2015 spoke an indigenous language as their primary language."

In an interview with Democracy Now!, Juanita Cabrera Lopez, a member of the Indian Law Resource Center's Board of Directors, Maya Mam, and a former political refugee whose family escaped Guatemala's Civil War, speaks about the challenges indigenous migrants face at the border and the need to address the root causes of why indigenous peoples are fleeing their homes to begin with.