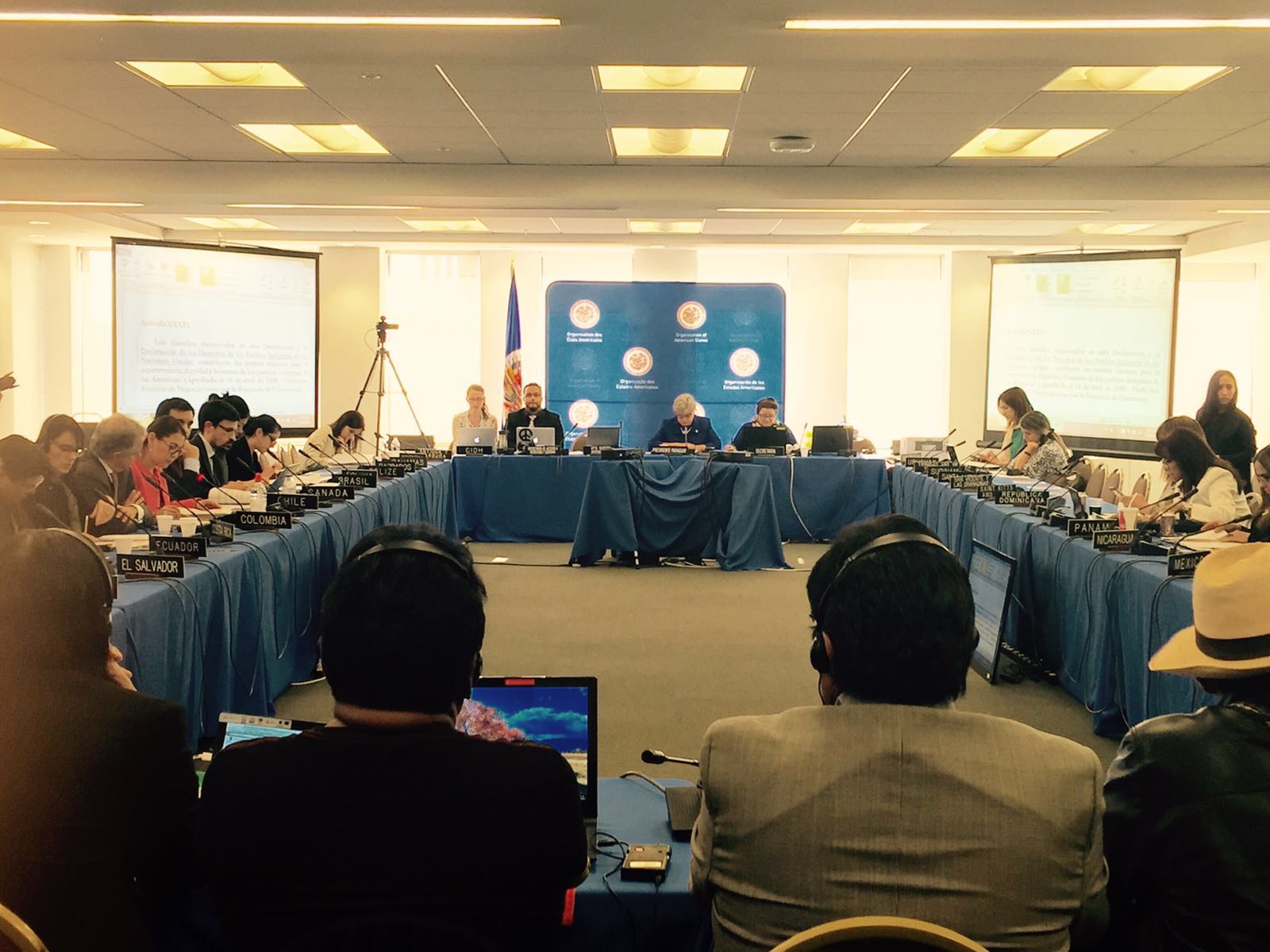 Washington, D.C. — The American Declaration on the Rights of Indigenous Peoples has been approved to go before the Organization of American States (OAS) General Assembly in June, 2016.  The OAS is a regional intergovernmental human rights organization of 35 member countries of the Americas including the United States.

The American Declaration is a comprehensive, regional human rights instrument that promotes and protects the rights of indigenous peoples in North, Central, and South America and the Caribbean. It improves on the UN Declaration on the Rights of Indigenous Peoples, in part by incorporating a stronger and more thorough treatment of treaties and gender equality.

The OAS Working Group on the draft American Declaration began work on the text in 1997 and has hosted several rounds of negotiations.