Advocating for the Empowerment of Indigenous Women

Commission on the Status of Women 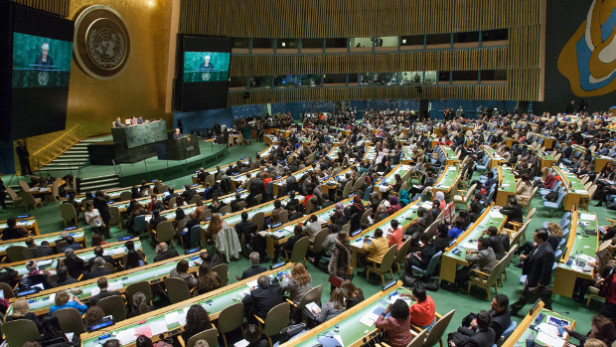 In March, Center attorney Chris Foley attended the 59th Session of the UN’s Commission on the Status of Women, which took place in New York. The session focused on progress made toward the implementation of the Beijing Declaration and Platform for Action and looked at opportunities for using the post-2015 development agenda to achieve gender equality and the empowerment of women.

The Commission, composed of 45 member states, was established by the UN in 1946 as a global policy-making body for promoting gender equality. The Center went to the Commission to raise awareness about violence against indigenous women in the United States and elsewhere, continuing to draw special attention to the crisis of Alaska Native women.  We also sought to inform states about the actions called for in the World Conference Outcome Document and to discuss our proposals, in particular, our recommendation that the Commission designate the empowerment of indigenous women as a main focus─an “emerging issue”─during its 2016 annual session.

The Center’s written statement, jointly submitted with the National Congress of American Indians, was received and placed into the official record and is available for download at http://www.un.org/ga/search/view_doc.asp?symbol=E/CN.6/2015/NGO/261. While at the session Chris also met individually with a number of states to discuss and answer questions on our proposals .  The Commission’s sessions are some of the largest events at the UN.  This year 1,100 organizations and at least 8,600 individuals registered for the session.