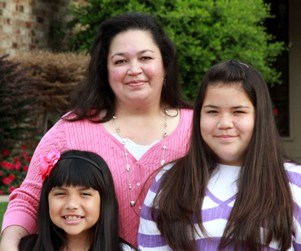 My two daughters and I are beating the odds.

I'm not talking about breast cancer.  I'm talking about the harsh fact that one in three Native women will be raped in her lifetime.

Violence against Native women is a human rights crisis and has reached epidemic proportions in the United States. Native women are twice as likely to be sexually assaulted and stalked more than any other women in this country.

To rectify this, the Senate passed a bill reauthorizing the Violence Against Women Act that includes provisions restoring  tribes’ authority to prosecute non-Natives who commit domestic and dating violence against Native women on tribal lands or violate protection orders. The majority of these perpetrators are non-Native and go unpunished because tribes lack criminal authority over them. A legal maze adds to the jurisdictional confusion and lack of protection for Native women.  The Senate bill would help clear that up and bring rapists to justice.  Unfortunately, the House of Representatives, particularly Republican members, seeks to block this much needed reform by passing its own watered-down bill without the tribal provisions.  This is outrageous.

Too many of my Native sisters don't expect justice. Instead, they talk with their daughters about how they will "survive" their rape.  They've accepted the horrific statistic as a part of life.

That is no way to live.

If you have a mother, sister, aunt or daughter these statistics should appall you. They appall me.  Because everyday, United States law puts the safety of my daughters and I at risk. It matters to me. I hope that it will matter to you, to lawmakers, and to anyone else who can help solve this problem.

Ginny Underwood is the Communication Director for the Indian Law Resource Center.  She is a member of the Comanche Tribe of Oklahoma.