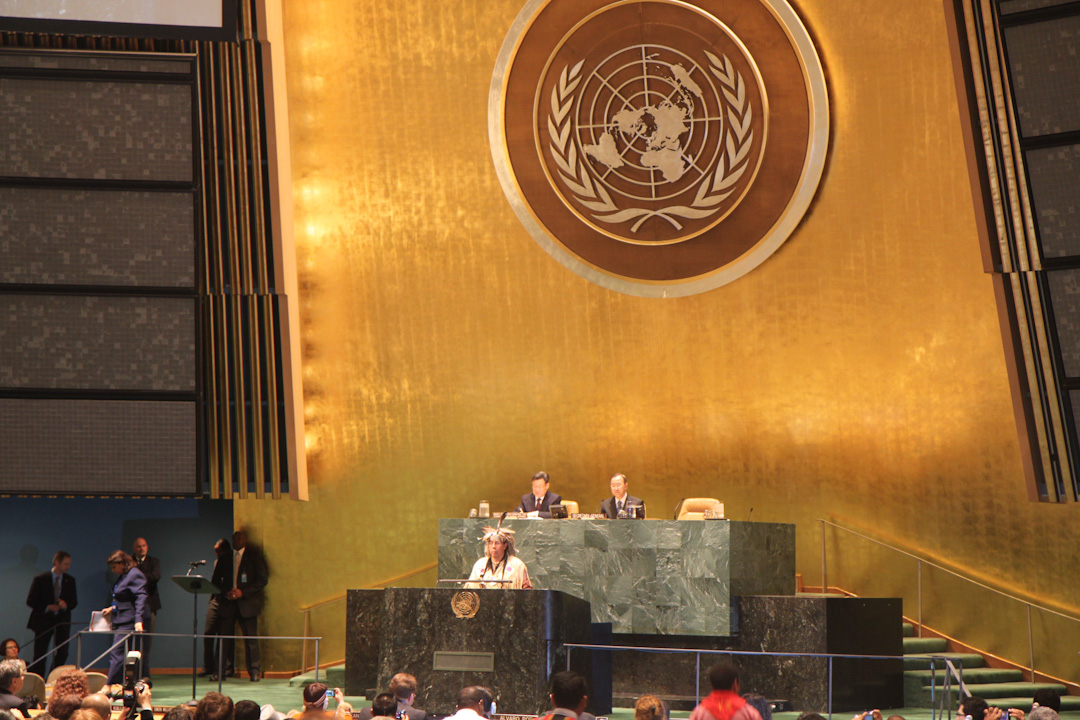 In May, the Center participated in the 12th Session of the United Nations Permanent Forum on Indigenous Issues in New York City. The Permanent Forum is a UN body made up of State representatives and indigenous peoples representatives. Its mission is to raise awareness on indigenous issues within the UN system. This year’s session addressed various critical issues for indigenous peoples. The Center’s work focused primarily on three areas: Development banks and climate policies, supporting indigenous peoples’ self-determination in Guatemala, and the World Conference on Indigenous Peoples. Check back for regular updates on the Center's work at the forum.

Development Banks and Climate Policies
The Center is working to strengthen the safeguard policies of development banks like the World Bank and the Inter-American Development Bank, and to hold these institutions accountable for the human rights impacts of development and climate change-related activities. We are partnering with ADIVIMA, an association representing communities devastated by the construction of the Chixoy Hydroelectric Project, financed by the World Bank and the Inter-American Development Bank. During the construction of the dam (completed in the 80s), 33 communities, largely Maya Achí, were subjected to threats, intimidation, forced evictions, and massacres that left hundreds dead. Today, thirty years later, the communities live in extreme poverty and continue to fight for reparations for the harms they have suffered.

The Center is extremely concerned with the escalating violence and repression against indigenous peoples in Guatemala. Indigenous peoples defending their rights of self-determination over their lands, territories, environment, and natural resources are being criminalized and killed. We are working with indigenous peoples organizations to pressure the government of Guatemala and the corporations investing there to respect their human rights obligations.

World Conference on Indigenous Peoples
The Center is working to secure strong measures at the World Conference, including the creation of an implementing and monitoring mechanism for the UN Declaration on the Rights of Indigenous Peoples, measures to address the epidemic of violence against indigenous women and children, and action toward a new status for indigenous peoples to participate regularly in UN activities.

Read more about the proposed recommendations for the World Conference on Indigenous Peoples: