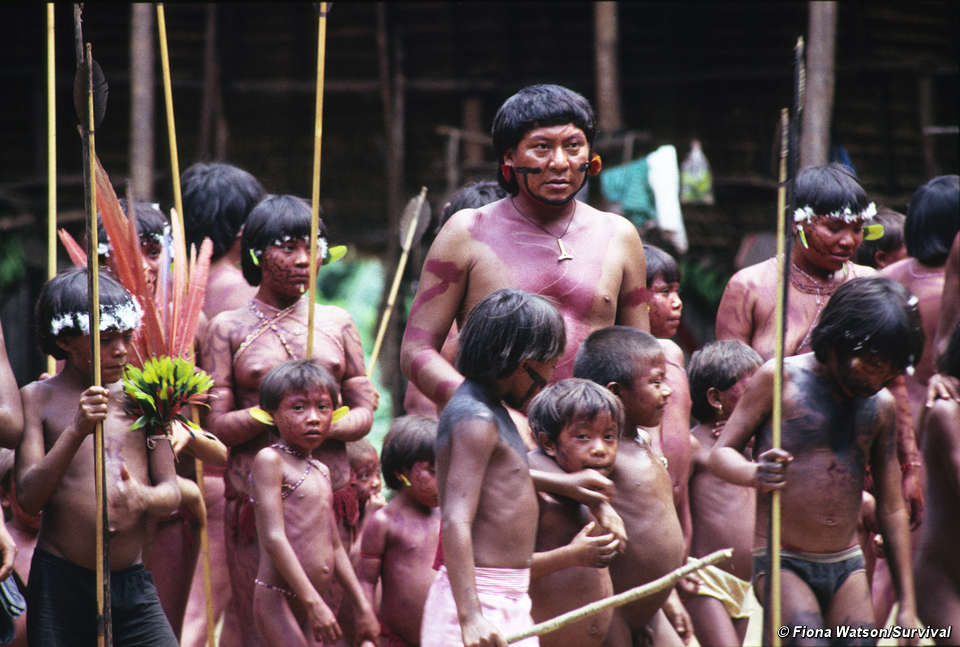 Our program to advocate for indigenous peoples affected by multilateral development banks is a cornerstone of the work at the Indian Law Resource Center.  This project began in the late 1970s when the Center represented the Yanomami people of Brazil. The Yanomami lived a peaceful and self-sufficient life, with no ties to the global economy, until Brazil received money from the World Bank to build a road through their territory.  The road unleashed chaos within the Yanomami communities.  Road workers brought malaria and many Yanomami died because they had no resistance to the disease.  The road provided access for miners and loggers to reach Yanomami territory for the first time, bringing pollution and damaging the delicate ecosystem that fed the Yanomami and provided them with medicines.  For many Yanomami women, prostitution became a way to avoid starvation but often left them sick and abused.  The Center worked with the Yanomami people to gain recognition and protection of the right to own and control their homeland, which culminated in an agreement with Brazil to protect and demarcate lands for the Yanomami.

Climate change has added a new dimension to this work.  At the last global climate negotiation held in December, 2010, the world’s leaders made a plan to invest $100 billion per year in green energy and forests beginning in 2020.  The most common name for these forest investment programs is REDD+, which stands for Reduction in Emissions from Deforestation and Forest Degradation.  The idea behind REDD+ is that countries in the north, like the United States and France, should pay countries in the south, like Mexico and Indonesia, to conserve their forests.  While standing forests trap carbon and help to slow global warming, forests that are burned or logged release carbon into the atmosphere.  What concerns many indigenous peoples about REDD+ is that they own or live within much of the world’s standing forests.  Often they lack legal title to their lands.  Without legal title, their lands are open to takeover by governments, conservation groups, or others who wish to receive money through a REDD+ program.  If REDD+ programs do not have strong policies preventing this type of abuse, indigenous communities in REDD+ countries are likely to lose their lands and rights to their forests, leaving them in a similar position to the Yanomami people in the 1970s.  The Center has recently engaged the World Bank’s Forest Carbon Partnership Facility and the UN-REDD Programme to encourage them to do the right thing for indigenous peoples.  We are also collaborating with human rights and environmental organizations to build a strong case for the importance of human rights and indigenous peoples’ rights within the discussions around climate chang and REDD+.  We look forward to your support in this important work.