UN Commission on the Status of Women 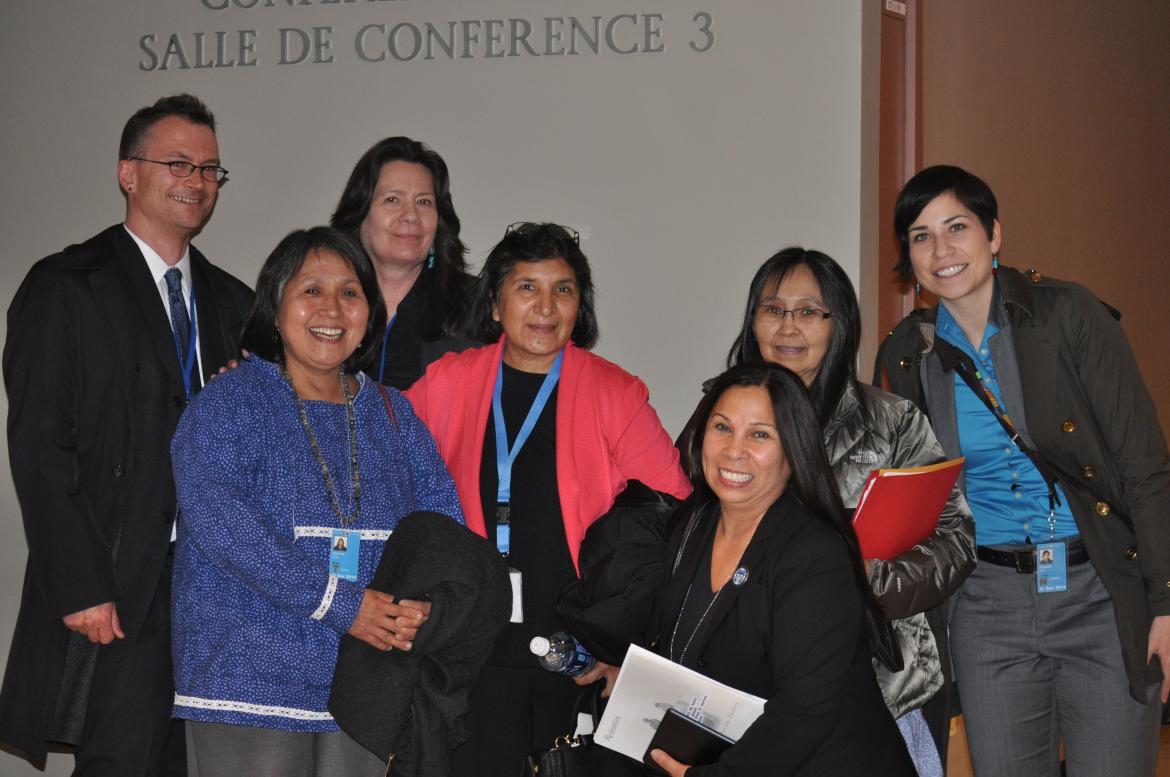 A photo by Rose Quilt courtesy of NIWRC

In March 2014, the Center, along with the National Congress of American Indians (NCAI) and its Task Force on Violence Against Women, the National Indigenous Women's Resource Center (NIWRC), and Clan Star, Inc., participated in the 58th Session of the United Nations Commission on the Status of Women to raise awareness about violence against indigenous women in the United States, with particular attention to Alaska Native women.

Lenora Hootch (Native Village of Emmonak tribal councilwoman and NIWRC board member); Joann Horn (Emmonak Women’s Shelter director); Rose Quilt (NIWRC); and Jacqueline Agtuca (Clan Star, Inc. and NCAI Task Force policy advisor) also attended and helped us in our work.  While there, we presented an oral joint statement to the Commission and also spoke directly with many states' representatives, urging them to adopt recommendations for combating violence against indigenous women at the 2014 World Conference on Indigenous Peoples.