UPDATE | 2 June 2011
An advanced copy of the Special Rapporteur's report is now available via this link.  The Rapporteur is scheduled to present the report to the UN Human Rights Council on Friday June 3. 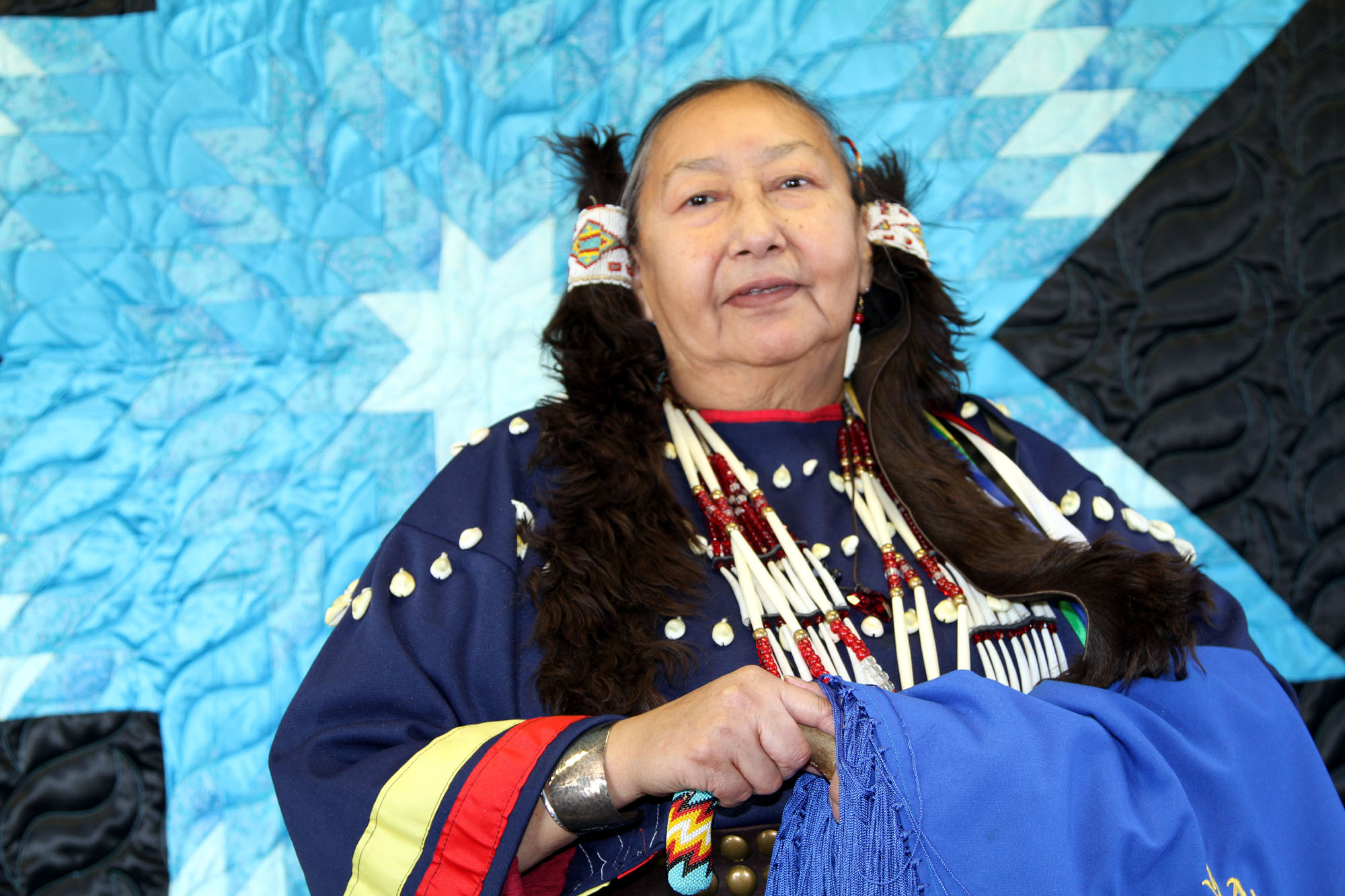 CHEROKEE, N.C. -- At 64 years-old, Matilda Black Bear, better known as Tillie, refers to herself as a “classic case” in regards to her story of domestic violence.  She was 26 years old when she entered into a relationship that turned violent. She knew after the first week that she had to get out, but it took her three years to leave.

“In the '70s there were no services for victims, let alone any laws to hold perpetrators accountable,” recalls Tillie. “I went to the police and to the judges and they didn’t know what to do with me.”

According to U.S. Department of Justice Statistics, not much has changed in nearly 40 years. Tillie’s story is shared by thousands of Native women in the United States. One out of three Native women will be raped in her lifetime, and three out of four will be physically assaulted.

These staggering statistics were presented, along with a plea for help, to the United Nations Special Rapporteur on Violence Against Women, Ms. Rashida Manjoo.  Manjoo visited the Eastern Band of Cherokee Indians in Cherokee, North Carolina on Jan. 28-29, 2011. Her purpose was to meet with tribal leaders, advocacy organizations, and Indian women survivors to learn more about the high rates of violence against Indian women and what the United States can do to safeguard the human rights of Indian women.

“Young women on the reservation live their lives in anticipation of being raped,” said Juana Majel Dixon, First Vice President of the National Congress of American Indians and member of the Pauma-Yuima Band of Luiseno Indians. “They talk about ‘how I will survive my rape’ as opposed to not even thinking about it. We shouldn’t have to live our lives that way.”

Dixon says she discovered there was not a single woman in her generation, from her area that had not been raped.

Unlike all other local communities, Indian nations and Alaska Native villages are legally prohibited from prosecuting non-Indians, and the Indian Civil Rights Act limits the sentencing authority of tribal courts over Indian offenders committing acts of sexual and domestic violence on tribal lands.

Presenters from Clan Star, Inc. highlighted for the Special Rapporteur specific areas that need improvement in order for sovereign tribal nations to increase the safety of women.  The recommendations included: restoring tribal criminal jurisdiction over non-Indians; increasing the sentencing authority of Indian tribes; increasing federal support to Indian tribes to enhance their response to violence against women; and creating a new funding stream that specifically provides services to Native survivors of domestic and sexual violence.

Advocates hope Manjoo will also hold the United States accountable under international human rights law, which has a higher standard for protecting women. 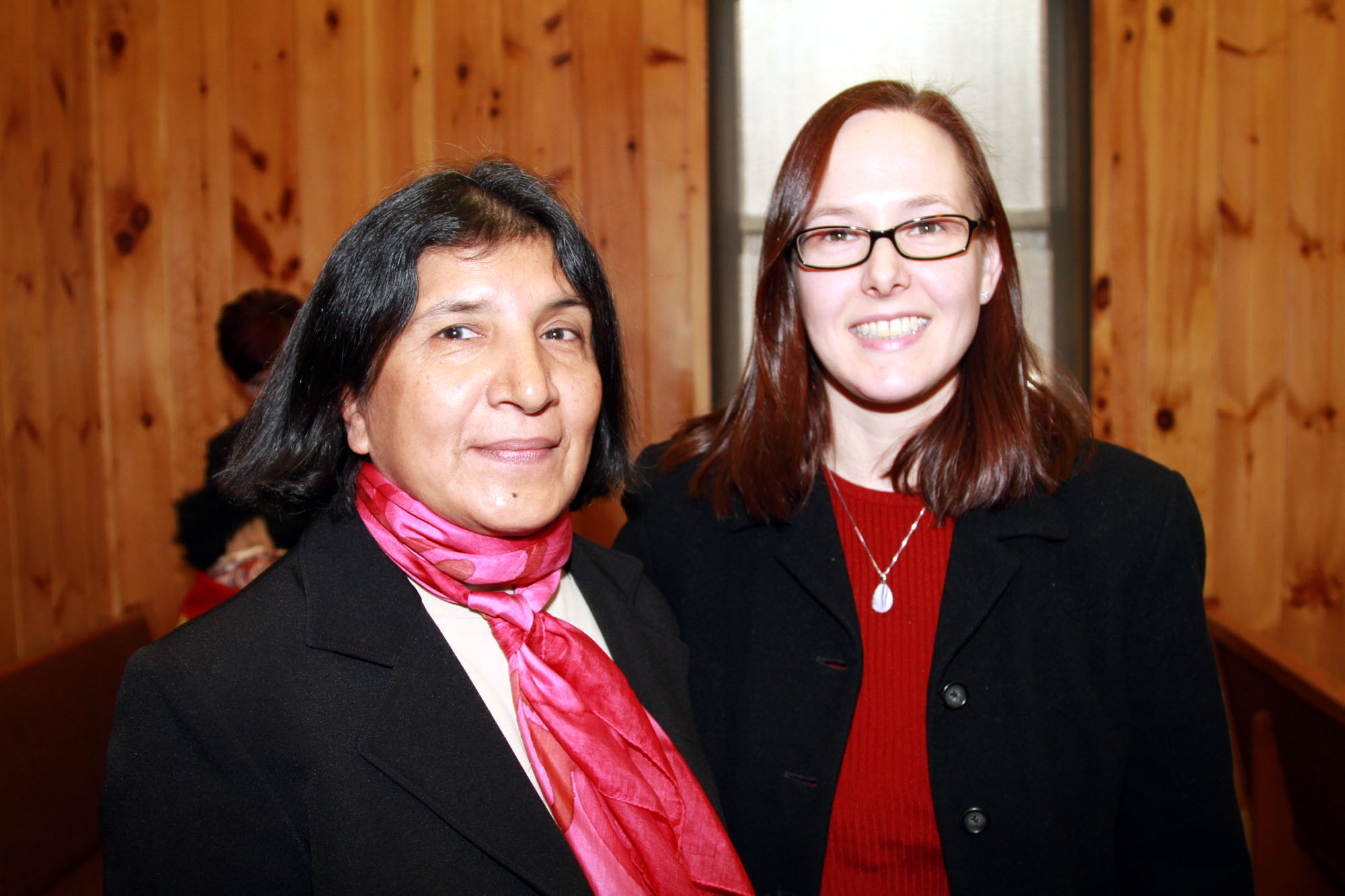 “What we need in Indian country is a transformation,” said Kirsten Matoy Carlson, Director of the Safe Women Strong Nation program at the Indian Law Resource Center. “International human rights law tells us that we can do better.  We can better provide access to justice for Native women.”

As UN Special Rapporteur on Violence Against Women, Ms. Manjoo is required to gather information on and formulate recommendations for the prevention and remedy of violations on human rights.  “The right to be safe and live free from violence is a human right that many in this country take for granted—but not Native women, who are beaten and raped at rates higher than any other population of women in the United States,” said Terri Henry, Councilwoman for the Eastern Band of Cherokee Indians and co-chair of the NCAI Task Force on Violence Against Women.  “This is a human rights crisis that Indian country has been aware of for some time. We are glad that the rest of the world is finally beginning to take notice.”

The Eastern Band of Cherokee Indians (EBCI) is one of 565 federally recognized, sovereign Indian and Alaska Native nations in the United States.  The land base of the EBCI, known as the Qualla Boundary, includes an area of 56,000 acres of land located in five western North Carolina counties.  It is a rural, remote area that has six traditional Cherokee townships. The EBCI is responsible for the safety and protection of women within Qualla Boundary.  EBCI tribal emergency medical personnel, law enforcement services, prosecutors, courts and services are charged with handling domestic violence and sexual assault cases.  The EBCI is directly responsible for holding Indian perpetrators of such crimes accountable.  Despite these responsibilities for responding to violent crimes against women, the EBCI and all other Indian tribes have no criminal authority over non-Indians and cannot prosecute non-Indians for committing crimes against tribal citizens on tribal lands.  Nationally, non-Indians commit 88% of all violent crimes against Indian women.

The Special Rapporteur visited the EBCI tribal courts, the police department, and the Cherokee Hospital providing services to women.

Findings from her trip will be reported to the United Nation's Council on Human Rights along with recommendations to the United States on how to better protect women’s human rights and to stop the violence.

“We hope Ms. Manjoo will give breath to these words and share our struggle with the world,” said Dixon.

The Special Rapporteur's visit is hosted by the Eastern Band of Cherokee Indians, in partnership with the National Congress of American Indians, Clan Star, Inc., Indian Law Resource Center, and the Sacred Circle National Resource Center to End Violence Against Native Women.