Washington, D.C.—  A small indigenous community, seeking protection for their land and human rights, filed a petition on August 19 against Guatemala with an international human rights body.

Agua Caliente, a Maya Q’eqchi’ indigenous community of 385 people living in El Estor, in the country’s Izabal province, filed a petition with the Inter-American Commission on Human Rights concerning the violation of their rights to property, self-government, due process of law and judicial protection by the state of Guatemala.  The Commission is an independent organ of the Organization of American States, created by countries to promote and protect human rights in the Americas 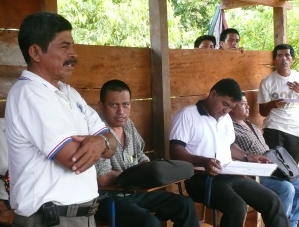 The complaint centers on a 40-year dispute over the community’s traditional ownership rights to land rich with nickel deposits.  The Guatemala government gave Compañía Guatemalteca de Níquel (CGN), a former subsidiary of HudBay Minerals from Canada, rights to extract nickel from lands held by sixteen Maya Q’eqchi’ communities, including Agua Caliente. The permission was granted without regard for the ownership and self government rights of the communities.  Additionally, Guatemala failed to properly notify and consult with community members.  In February 2011, Guatemala’s highest court ruled in favor of Agua Caliente, recognizing their collective property rights and questioning the legality of the mining permits and activities on their traditional lands.

“Guatemala has not fully complied with court orders from the Constitutional Court,” said Leonardo Crippa, an attorney with the Indian Law Resource Center, which represents the Agua Caliente community.  “We have exhausted all of the state processes for justice and we are now left with only one option, to seek an international intervention.” 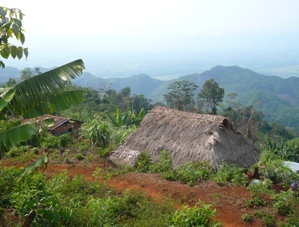 The Court ordered Guatemala’s executive branch to take all corrective actions necessary to properly title Agua Caliente’s lands.  This includes replacing pages that were removed from the official land registry book, pages that show land ownership belongs to the Agua Caliente community, but which have gone missing. According to the Court, the executive branch’s failure to properly register and title indigenous lands violates Agua Caliente’s land rights and rights to equality before the law, as well as the legal principle of self-determination.  “We hope by working with the Inter-American Commission on Human Rights, Guatemala will fulfill its obligations to protect human rights and to adopt measures to meet international standards toward indigenous peoples,” said Crippa.

The Indian Law Resource Center and Defensoria Q’eqchi’, an indigenous human rights organization based in El Estor, have been advising the communities, and in 2009, brought forward legal action on behalf of Agua Caliente, the community with the largest deposits of nickel on their lands.

Because of rich natural resources in the Maya Q’eqchi’ territory, the communities have faced efforts by local government and mine security forces to evict them from their lands.  The Maya Q’eqchi’ cultural and spiritual beliefs are deeply rooted to the land they have traditionally possessed and the lands are critical for their physical and cultural survival.  The communities have long been concerned about the impacts of mining on the environment as they rely on the natural resources of the land and the nearby Lake Izabal, the largest lake in Guatemala, for food and economic resources. Without respecting Agua Caliente’s land rights and without consultation with the community, Guatemala continues to act in opposition to domestic and international law.