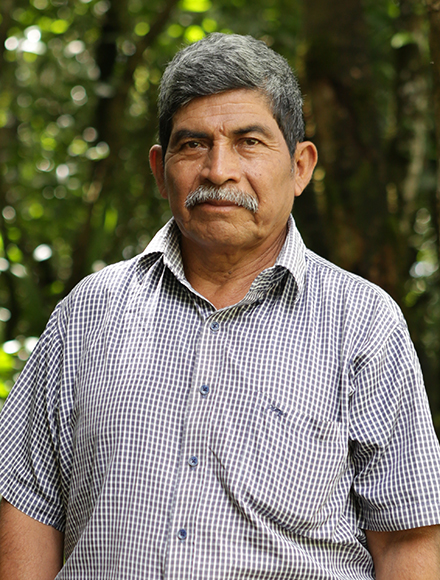 Awarded annually to environmental heroes from each of the world’s six inhabited continental regions, the Goldman Prize recognizes grassroots activists for significant achievement to protect the environment and their communities.

Rodrigo Tot and the Maya Q’eqchi’ Agua Caliente Lote 9 community have been engaged in a 40 year battle to protect their land and natural resources from mining interests.  The Indian Law Resource Center has helped the indigenous community bring their concerns before the Inter-American Commission on Human Rights.

“Rodrigo and his community have faced years of human rights abuses by the Guatemala government and mining companies,” said Armstrong Wiggins, director of the Center’s Washington, D.C. office.  “We are grateful to the Goldman Environmental Foundation for recognizing Rodrigo’s struggle and bringing this important issue to the public.”

In 2006, the Guatemala government issued a mining permit to a nickel company in complete disregard of Agua Caliente’s efforts to formalize their land titles and in flagrant defiance to domestic and international law. By failing to title the communities’ lands and granting the permit without previous consultation with the affected communities, including Agua Caliente, Guatemala violated their rights to property, self-government, due process of law and judicial protection.

The blatant violation of their rights led Agua Caliente leaders to open a case before Guatemalan courts, a case they won in 2011. The Constitutional Court, the highest court on constitutional matters, made a precedent-setting decision recognizing Agua Caliente’s land ownership and ordering Guatemala’s executive branch to take all corrective actions necessary to properly title Agua Caliente’s lands.   Guatemala has not yet fully complied with the ruling.  Agua Caliente is still waiting for the land title.

Rodrigo Tot has paid a high price for his activism and leadership among the Agua Caliente communities.  In October 2012, his oldest son was murdered during a staged robbery; his younger son was injured in the attack and left for dead. The incident has only strengthened his resolve to continue this fight.

Click here to see the additional winners of the 2017 Goldman Environmental Award.