UN Commission on the Status of Women 61st Session 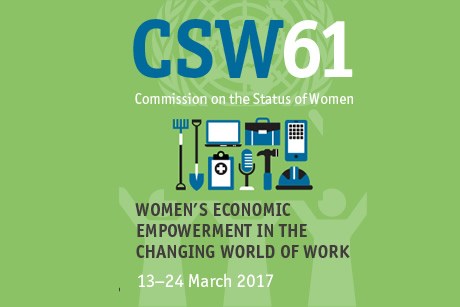 The UN Commission on the Status of Women designated the “Empowerment of Indigenous Women” as the Focus Area for its 61st Session in March, and this year’s meetings provided an important international forum to raise awareness about violence against indigenous women.

“We, along with our partners, were very happy to help bring the perspective of Native and Alaska Native women to the event,” said Center attorney Chris Foley.

Foley, along with partners from the Alaska Native Women’s Resource Center, the International Mayan League/USA, the Minnesota Indian Women’s Sexual Assault Coalition, and the National Indigenous Women’s Resource Center (NIWRC) attended the event to make recommendations to the UN and UN member states on actions they can take to end violence against indigenous women.

The Commission is the UN body dedicated to the promotion of gender equality and the empowerment of women. It meets for two weeks each spring at UN Headquarters in New York.

To inform the Commission’s discussion, the Center, along with the Ewiiaapaayp Band of Kumeyaay Indians submitted a written statement discussing how, in order to empower indigenous women to participate fully and actively in all spheres of public and private life, we must first end the global epidemic of violence they face. This statement was supported by the NIWRC and the California Association of Tribal Governments.

Our submission included recommendations for actions by the UN and member states to intensify efforts to eliminate violence against indigenous women, to advance knowledge about this issue among states and UN officials, and to begin work to create new international standards in this area. Our contingent delivered these recommendations at three separate events during this year’s session.

On March 14, Cherrah Giles, Chairwoman of the NIWRC’s Board of Directors participated in a side event sponsored by Canada and the United States where she spoke about the extreme levels of violence indigenous women in the United States experience and discussed our recommendations. 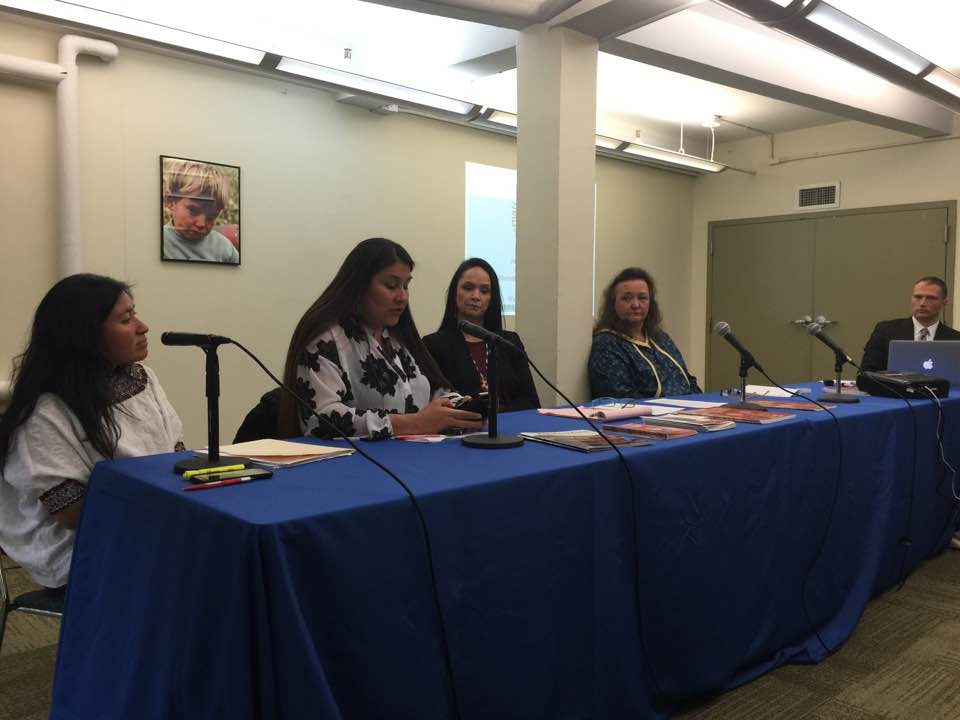 “In the United States 4 in 5 American Indian and Alaska Native women have been assaulted and, on some reservations, these women are facing murder rates ten times the national average,” Giles explained.

On March 15, the Center joined with the Alaska Native Women’s Resource Center, the International Mayan League/USA, the Minnesota Indian Women’s Sexual Assault Coalition, the National Congress of American Indians, and the National Indigenous Women’s Resource Center to sponsor a parallel event, Ending Violence Against Indigenous Women as a Step Towards Empowerment. The panel addressed indigenous women’s empowerment, the grassroots movement for safety for indigenous women, and their human right to be free of violence and discrimination.

Nicole Matthews, Executive Director of the Minnesota Indian Women’s Sexual Assault Coalition, spoke about research her organization had conducted regarding trafficking of indigenous women. Her presentation drew attention to the need for reliable data on the violence to develop effective programs and policy solutions.

Juanita Cabrera Lopez, Executive Director of the International Mayan League/USA, discussed the history of violence against indigenous women in Guatemala generally, and legislation that has been developed by indigenous women to extend state recognition and economic support to Maya midwives--traditional healers who often serve as primary responders to violence and sexual assault.

“In Alaska, Native women suffer the highest rate of forcible sexual assault in the United States. Alaska Natives are 16% of the state population, yet we make up 28% of the murder victims in the state,” she said. “This problem is based on policies of colonization and laws that create barriers to the implementation of local solutions. We are demanding more resources, but we also need state and federal policy changes to create a legal framework that will let Alaska Native villages implement the changes that we need.”

On March 18, Terri Henry, the chair of the Center’s Board of Directors, and Secretary of State of the Eastern Band of Cherokee Indians and member of the Permanent Forum on Indigenous Issues spoke as a panelist on a side event sponsored by the Permanent Forum and the International Indigenous Women’s Forum (FIMI/IIWF). Ms. Henry spoke about violence against indigenous women in the United States, addressing the legal barriers to safety embedded in U.S. law and the grassroots movement to change these harmful laws.

Through these three events, the Center reached an estimated audience of over 300 advocates, UN officials and staff from states’ missions to the UN. As a result of our efforts and the work of many other indigenous women and allies, the Commission acknowledged in its Agreed Conclusions for the session that violence against women and girls is an obstacle to gender equality, and urged states to adopt policies to address the multiple and intersecting forms of discrimination indigenous women face and barriers, including violence. We will continue to work with the UN to build international support for stronger responses to these human rights violations.