Key Parallel Event at UN Commission on Status of Women

March 24, 2016 | New York, NY  — A capacity crowd converged at the Church Center for the United Nations chapel on Tuesday, March 22, 2016, in New York City for Together We Are Stronger: Indigenous Women’s Movements to End Violence Against American Indian, Alaska Native, and Aboriginal Women. This event was intended to recognize, strengthen, and honor the growing global movement to end the human rights crisis of violence against Indigenous women and girls. 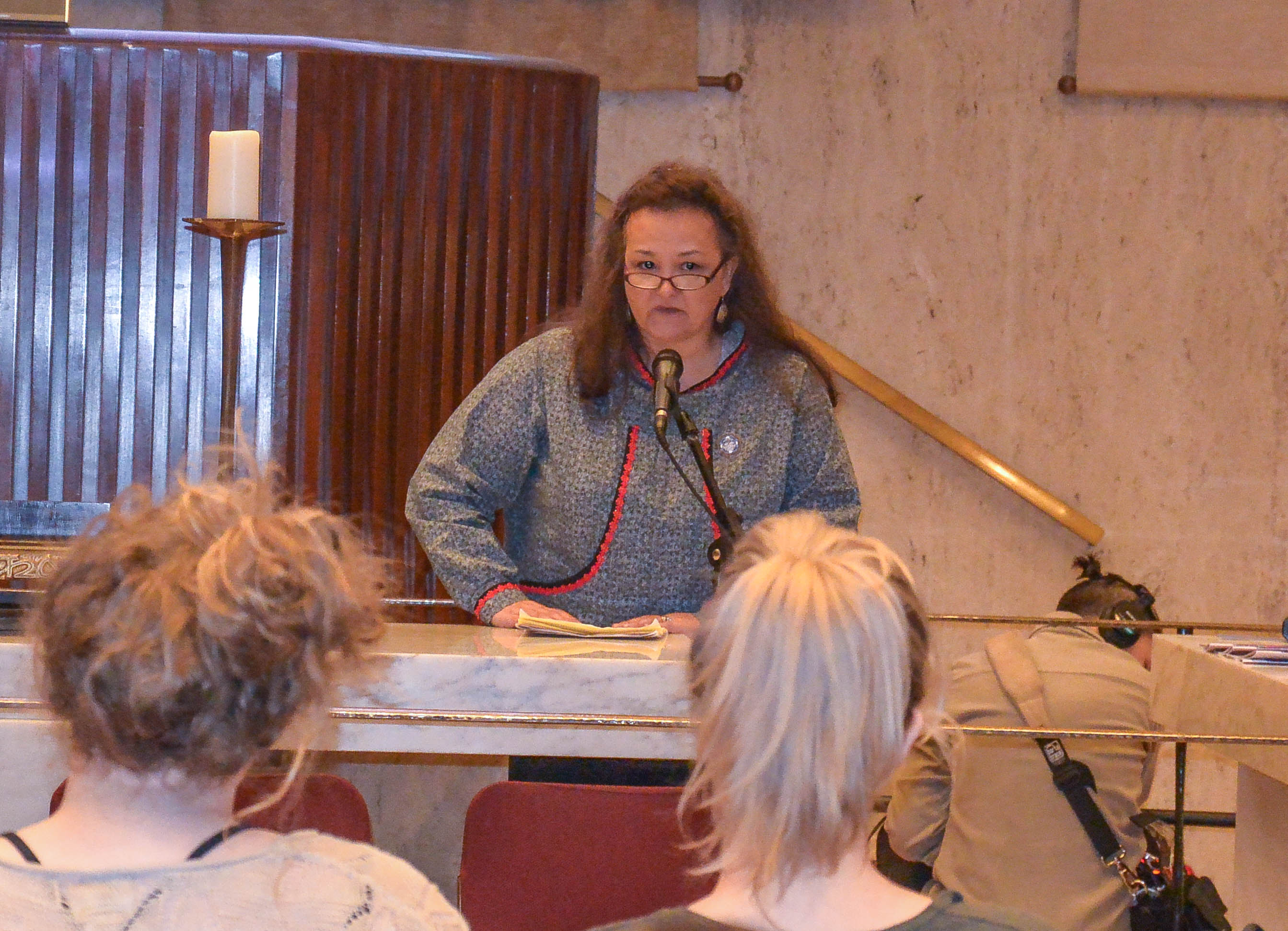 “I’m a daughter, a mother, a grandmother, a sister, a wife, and I’m under attack,” said Tami Truett Jerue, Director of the Alaska Native Women’s Resource Center. “We don’t have the resources available to us to protect us as Alaska Native women living in Alaska Native Villages in the United States of America. That is unacceptable.”

International expert speakers included: Terri Henry, Co-Chair of the National Congress of American Indians Task Force on Violence Against Women and Chair of the Indian Law Resource Center Board of Directors; Dawn Lavell-Harvard, President of the Native Women’s Association of Canada; and Tamra Truett Jerue, Director of the Alaska Native Women’s Resource Center, Tribal Administrator, and Director of Social Services for the Anvik Village Tribal Council.

Panelists affirmed the importance of the rights in the UN Declaration on the Rights of Indigenous Peoples, including the right of Indigenous women to enjoy full protection and guarantees against all forms of violence and discrimination – and underscored that clearly, these rights are not being realized.

“Indigenous women, like all women and people, have human rights,” said Jacqueline Agtuca, public policy consultant to the National Indigenous Women’s Resource Center. “However, your human rights are severely restricted, exercising your human rights is impossible, when you are living under the threat of violence or actual violence in your day to day life.”

Terri Henry, Co-Chair of the National Congress of American Indians Task Force on Violence Against Women and Chair of the Indian Law Resource Center Board of Directors, recounted the historic efforts to build the national movement for safety and sovereignty in the United States. “If a tribal government cannot protect its own women and kids, then what is sovereignty?” she said. “We can’t do this work alone, our tribes can’t do this work alone. We need to work together and join with allies outside the Indigenous community.”

Henry outlined a two-fold strategy to create change that includes domestic and international advocacy. “We push up domestically through the grassroots, organize tribal governments, work with intertribal organizations, and national organizations such as the National Congress of American Indians,” she said.  “Internationally, we go to the United Nations and advocate for mechanisms to hold countries accountable for their treatment of Indigenous women and children.” 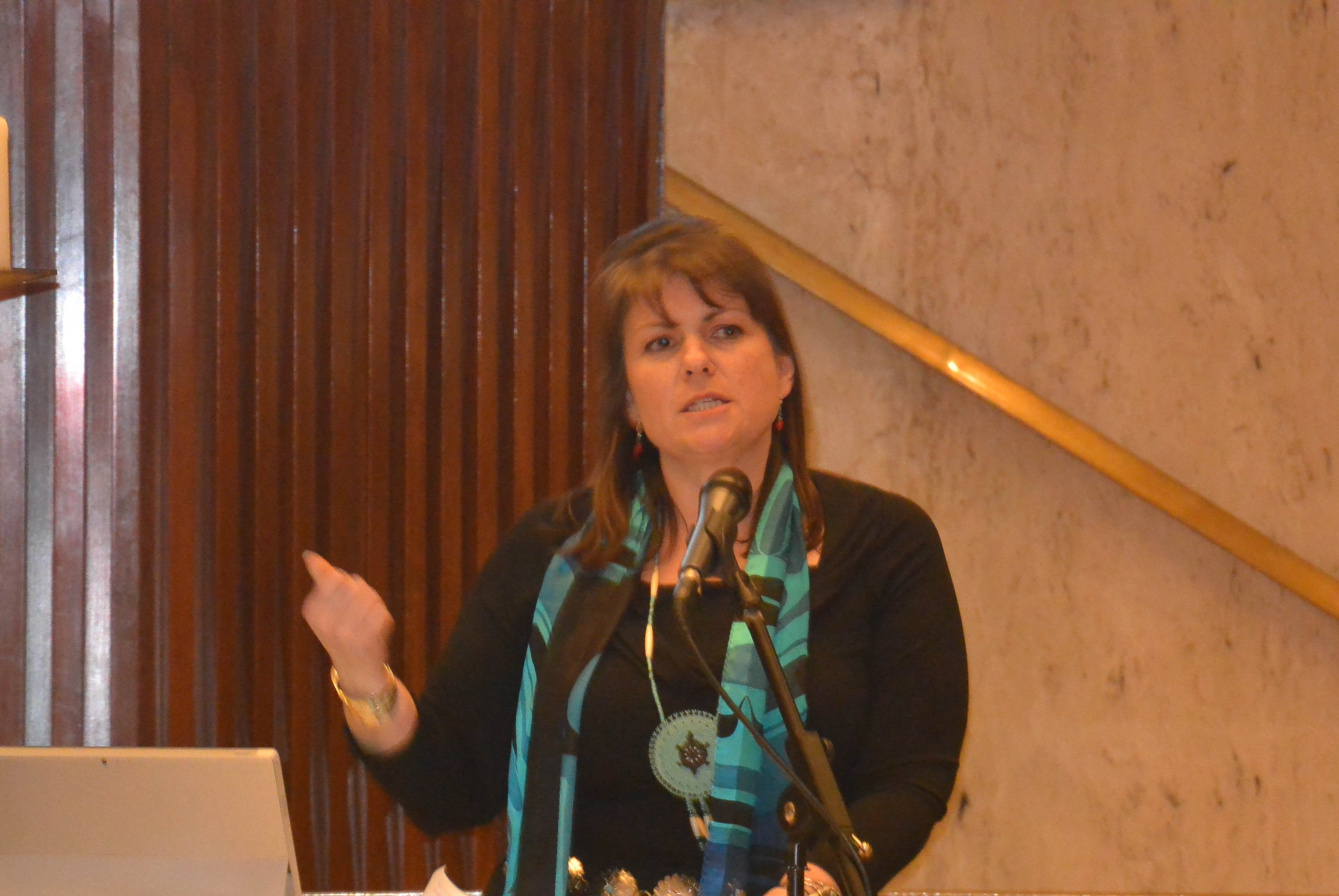 Dawn Lavell-Harvard, President of the Native Women’s Association of Canada (NWAC), spoke about the movement for justice and accountability for missing and murdered Indigenous women in Canada and outlined how groups like NWAC were instrumental in bringing about this national inquiry. She spoke also to the immense amount of progress that is still needed in Canada and across Turtle Island, given that so many of our sisters are still subject to extreme discrimination and poor socio-economic conditions. “There is hope,” Lavell-Harvard said. “Canadians came together. Our sisters in the unions came together. Our sisters in the churches came together. And we finally elected a new Government on October 19th, 2015. We finally have our national inquiry. There is hope. We must unite and join together.”

Seneca-Cayuga filmmaker Erica Tremblay and producer Kasia Chmielinski premiered their short documentary about the Native women’s movement in the United States at the Together We Are Stronger: Indigenous Women’s Movements to End Violence Against American Indian, Alaska Native, and Aboriginal Women parallel event at CSW 60.