Violence against women is a worldwide human rights violation

Being safe and living free from violence and discrimination are human rights. Yet, many women and girls across the globe are not safe. A 2013 study by the World Health Organization found that 35 percent of women worldwide have been sexually or physically assaulted; some countries report rates as high as 70 percent. In the United States, one in four women have experienced domestic violence, and one in six have been subjected to an attempted or completed rape.

Violence has devastating effects on women, their children, families and communities. The United Nations has recognized that women’s poverty not only places them at greater risk of violence, but also impedes economic development locally and nationally.

To raise awareness and spur action, on each Nov. 25, the United Nations commemorates the International Day for the Elimination of Violence Against Women and calls for “the eradication of violence against women without reservation, equivocation or delay.”

The situation for Indigenous women and girls is especially dire.

The United Nations recognizes that Indigenous women and girls often suffer disproportionately heightened, multiple forms of discrimination, violence and murder based not just on their gender, but also on the fact that they are Indigenous and members of Indigenous communities.

Lisa Frank is a Gwich’in woman from Alaska ─ a mother, a survivor and an advocate. She says that she is lucky because when she was sexually assaulted, it happened down-state and not in her home village. “For a lot of women living in rural communities, it is easier to forget than to seek prosecution,” she said. “Their perpetrators walk free among them, among their community. It’s like nothing happened.”

Unless you live on an Indian reservation or in an Alaska Native village, you may be shocked to learn that one in three American Indian and Alaska Native women will be raped in her lifetime, and three in five will be physically assaulted. On some reservations, the murder rate for Native women is 10 times the national average.

Due to under-reporting, the numbers are likely even higher. Violence against American Indian and Alaska Native women and girls has reached alarming levels on tribal lands and in Alaska Native villages − rates 2½ times higher than any other group of women in the United States.

The law does not protect them.

These disproportionately high rates of violence against American Indian and Alaska Native women are largely due to a discriminatory legal system that severely limits the ability of Indian nations to protect Native women and girls from violence and fails to provide them with meaningful remedies, access to justice and effective law enforcement.

In recent years, the United States has taken some steps forward by enacting legislation such as the Tribal Law and Order Act of 2010 to enhance tribal court sentencing, and the tribal provisions of the Violence Against Women Reauthorization Act of 2013 (VAWA 2013) to restore limited tribal criminal authority over certain non-Indians who commit domestic violence, dating violence or violate protection orders in Indian country.

Yet a “special rule” in VAWA 2013 excludes all but one of Alaska’s 229 tribes from the law’s increased protections. In some villages, Alaska Native women report rates of domestic violence up to 10 times higher than the rest of the country and physical assault victimization rates 12 times higher.

By excluding 228 Alaska Native tribes, U.S. law denies Alaska Native women equal protection and treats them differently than other women in the United States, including other Indigenous women.

The United Nations uses Nov. 25 to make many points about violence against women. Violence against women and girls is a violation of human rights. It is a tragedy. It is a result of discrimination. It costs money and impedes progress against poverty. It is not inevitable.

How you can help.

There are laws, policies, and practices we can change. There are shelters we can build and staff. There are advocates and survivors we can support. There are many steps we can take today.
Join the global campaign to end violence against all women and girls everywhere.  Nov. 25 is just a date to help us remember. The time to act is now. 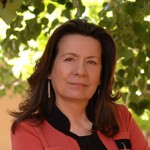 Jana L. Walker (Cherokee/Loyal Shawnee/Delaware) is a senior attorney at the Indian Law Resource Center and director of its Safe Women, Strong Nation Project, which works to end violence against Indian and Alaska Native women. The center is a nonprofit organization dedicated to protecting the rights of Indian and Alaska Native nations and other Indigenous peoples. See original article posted on Equal Voice.