Looking Ahead: The Tribal Law and Order Act Five Years Later and Beyond 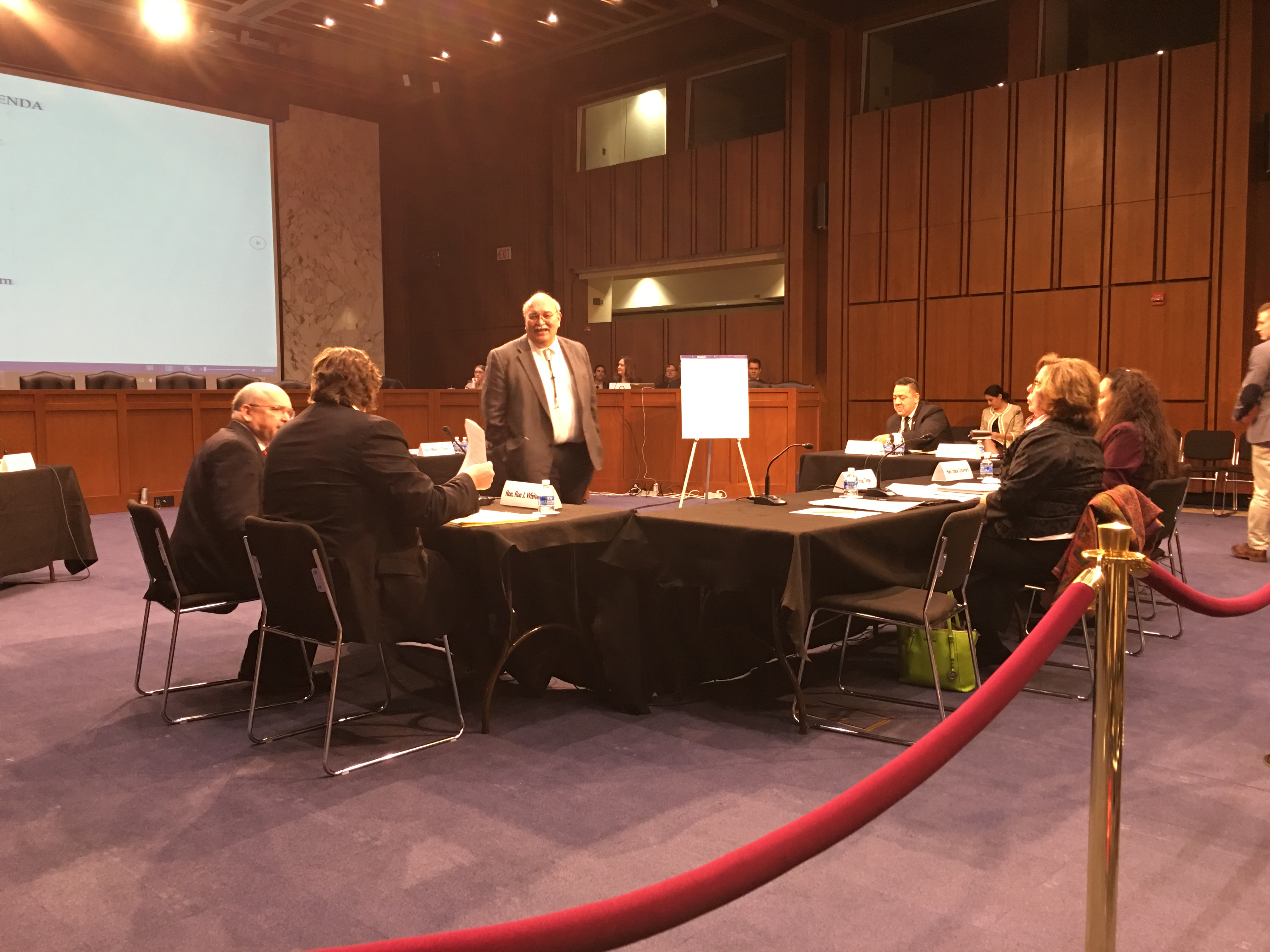 On Thursday, February 25, 2016, the Senate Committee on Indian Affairs held a roundtable discussion: “The Tribal Law and Order Act 5 Years Later: Next Steps to Improving Justice Systems in Indian Communities.”

Signed into law by President Obama on July 29, 2010, the purposes of the Tribal Law and Order Act (TLOA) include: clarifying the responsibilities of federal, state, tribal, and local governments with respect to crimes in Indian country; increasing coordination and communication among federal, state, tribal, and local law enforcement agencies; and empowering tribal governments with the authority, resources, and information necessary to safely and effectively provide public safety in Indian country.

The roundtable included three panels: Law Enforcement, Court Systems, and Re-Entry and Recidivism. The discussion was intended to investigate the successes and shortcomings of TLOA, and included perspectives from across both the federal and tribal criminal justice systems.

Law Enforcement
Patrick Melvin, the Chief of Police of the Salt River Pima-Maricopa Indian Community Police Department, spoke positively about the greater levels of collaboration between tribes and law enforcement that he has seen since the passage of TLOA. Patrick Teton, Chief of Police, Fort Hall Police Department, Shoshone-Bannock Band of Indians, noted that communication has improved, especially with the U.S. Attorney’s office, and that this has translated into an increase in prosecutions. Teton recommended an increased focus on drug and alcohol issues, as well as education, including proactive measures to keep kids from entering the criminal justice system and to break the cycle of violence, abuse, and criminal activity.

Mirtha Beadle, Department of Health and Human Services, added that it is essential that mental health services be provided in programming to support communities on an ongoing basis. Tracy Toulou, Director of the Office of Tribal Justice at the Department of Justice, highlighted the need to develop a stronger criminal database with improved access to information by tribes.

William Brunelle, Director of the Red Lake Band of Chippewa Indians’ Department of Public Safety, addressed the negative effects of Public Law 280 and the Oliphant decision. Despite the progress that TLOA represents, federal law still generally prevents tribes from prosecuting non-Indians. As a result, in too many cases non-Indian offenders continue to be able to commit crimes in Indian country without any criminal consequence. Brunelle cited the large number of unsolved murders in Indian country as one factor that has led to a strained relationship between law enforcement and tribes. While Brunelle acknowledged the extent to which the TLOA has been effective, “it is not enough.”

Court Systems
Regarding court systems, Alfred Urbina, Attorney General of the Pascua Yaqui Tribe of Arizona mentioned the importance of the Special Assistant United States Attorney (SAUSA) program, which allows certain tribal prosecutors to bring cases originating in tribal communities in federal court. Urbina stated that this program has led to an increase in prosecutions. Lisa Jaeger, Tribal Government Specialist, Tanana Chiefs Conference, urged that misdemeanour offences be diverted to tribal courts. She also brought attention to one of the most promising activities initiated under TLOA, the use of sentencing circles by state court judges in rural communities in Alaska.

The Honorable Stacie Crawford, Chief Judge, Fort Peck Tribal Court, Assiniboine and Sioux Tribes of the Fort Peck Indian Reservation, applauded the enhanced sentencing authority tribes can exercise under TLOA, but noted the need to improve corrections facilities on reservations, to develop alternatives to incarceration, and to establish stronger wellness support. Crawford also spoke of the devastating effects of Oliphant, especially in rural communities, and stated that tribal criminal jurisdiction must be expanded.

The Honorable Ron Whitener, Chief Judge of the Tulalip Tribal Court pronounced TLOA to be a “great success in almost every area, but it is not perfect.” He specifically praised the SAUSA program and the Bureau of Prisons Pilot Project. This four-year pilot program allows tribes to request the Bureau of Prisons to incarcerate a tribe member convicted under Section 234 of the TLOA. The pilot project was a success for tribes, as many tribes do not have correctional facilities available to accommodate inmates with longer sentences. Whitener suggested that this program be extended and expanded to include non-violent offenders and sentences longer than one year.

Re-entry and Recidivism
Sprint Williams, Case Manager, Muscogee Creek Nation Reintegration Program, described the success his community has had with implementing TLOA. Before TLOA, in 2005, the Muscogee Creek Nation established a reintegration program. However, since the passage of TLOA, the program has expanded to help inmates released from prison with housing, clothing, groceries, social programs, and employment. In the past five years, Williams has seen an 80% success rate in preventing tribal members from re-offending. Despite these successes, Williams emphasized that many of the program offerings are self-funded by the Muscogee Creek Nation. There is a critical need for improved funding if success is to be had throughout Indian country, especially for rural communities.

Beverly Cotton, Indian Health Service, stated that, while TLOA has led to an increase in substance abuse and mental health programs, there is a dire need for improved implementation of post-release health and well-being programming. This will require more funding, staff, and resources. Patricia Broken Leg-Brill, Office of Justice Services, Bureau of Indian Affairs, emphasized the need to expand education programs for prisoners, especially juveniles and to increase the use of alternative sentencing for youth.

The Honorable Kami Hart, Children’s Court Judge, Gila River Indian Community Court said that because tribes are now able to enforce longer sentences, there is a need for improved education programming, including GED and college course offerings. The funding and support that tribes receive for these programs is not enough, and should be increased to a level comparable to that of state correctional facilities. She further observed that correctional facility programs and post-release social programs are funded almost solely through competitive grants. This lack of stable federal funding is especially burdensome for smaller, less-resourced communities who do not have the capacity to hire grant writers.

Looking Ahead
Panellists agreed that reauthorization of TLOA should be a priority. TLOA has led to some real improvements in law enforcement in Indian country, but more resources must be made available to all tribes if the law is to meet its goals. As David Little, Bureau of Indian Affairs, stated, “after five years of TLOA, we see a roadmap of where we need to go.” Successful programs have been developed, but the lack of funding raises significant concerns about their sustainability, and significant tribal criminal justice infrastructure needs must be addressed.

The hearing record will be open for the next two weeks and additional information can be submitted to the Committee on these issues. More information is available at the Senate Committee website: www.indian.senate.gov.