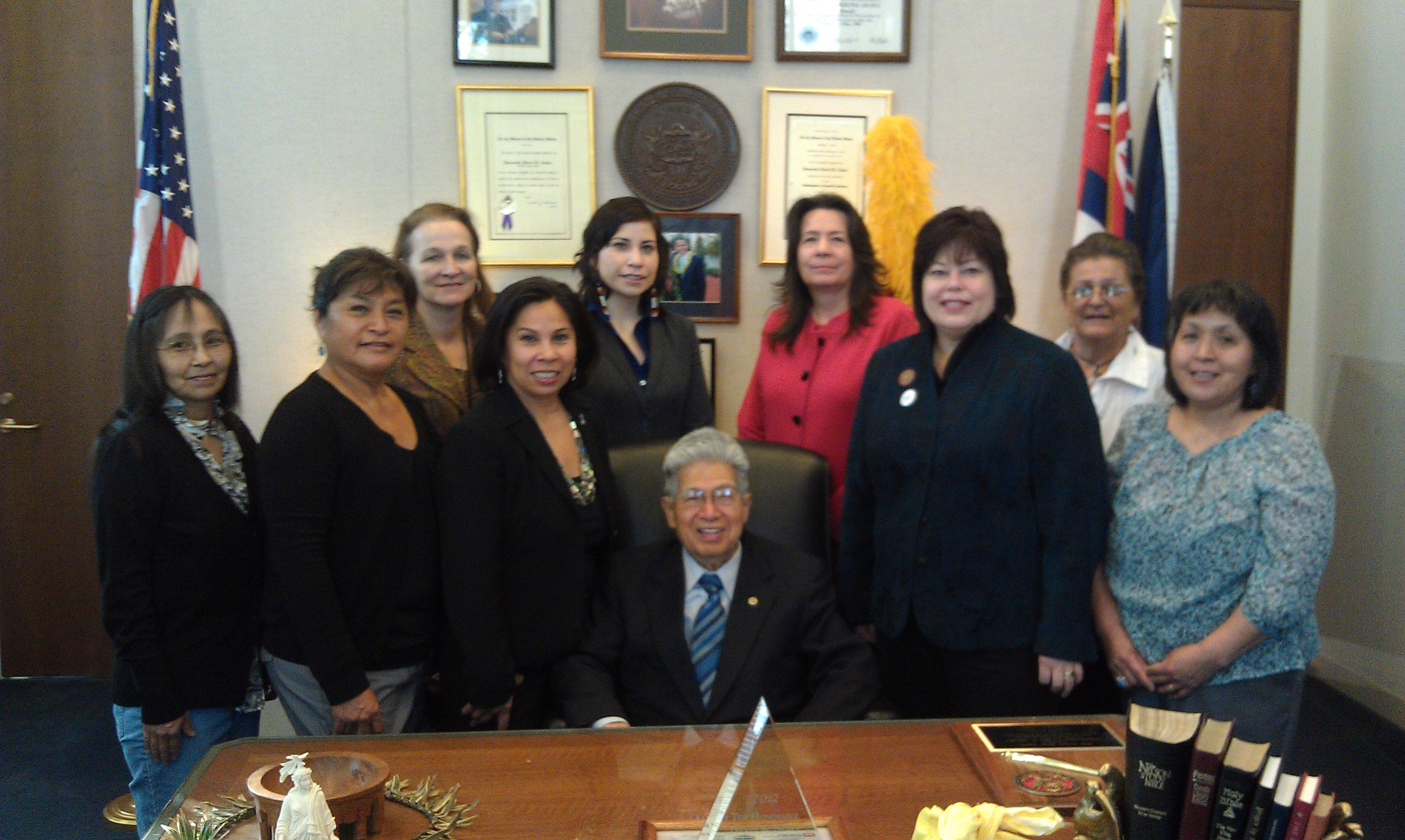 A centerpiece of our work with partner organizations is the 2013 reauthorization of the Violence Against Women Act (VAWA).  The Indian Law Resource Center, the National Congress for American Indians Task Force on Violence Against Women, Clan Star, Inc., and the National Indigenous Women’s Resource Center have been working both domestically and internationally to restore safety to Native women and to protect their most basic human right, the right to be free of violence.  We supported efforts to add provisions to VAWA that would restore tribal criminal authority to address violence against Native women by non-Indians in Indian country.

In 2012, the Senate passed such a bill by a strong bipartisan vote, however, the House stripped out protections for the most vulnerable, including Native women.  Then, time simply ran out for the 112th Congress, leaving the lives of Native women threatened daily and tribes as the only governments in the United States without authority to protect women from domestic and sexual violence in their communities. 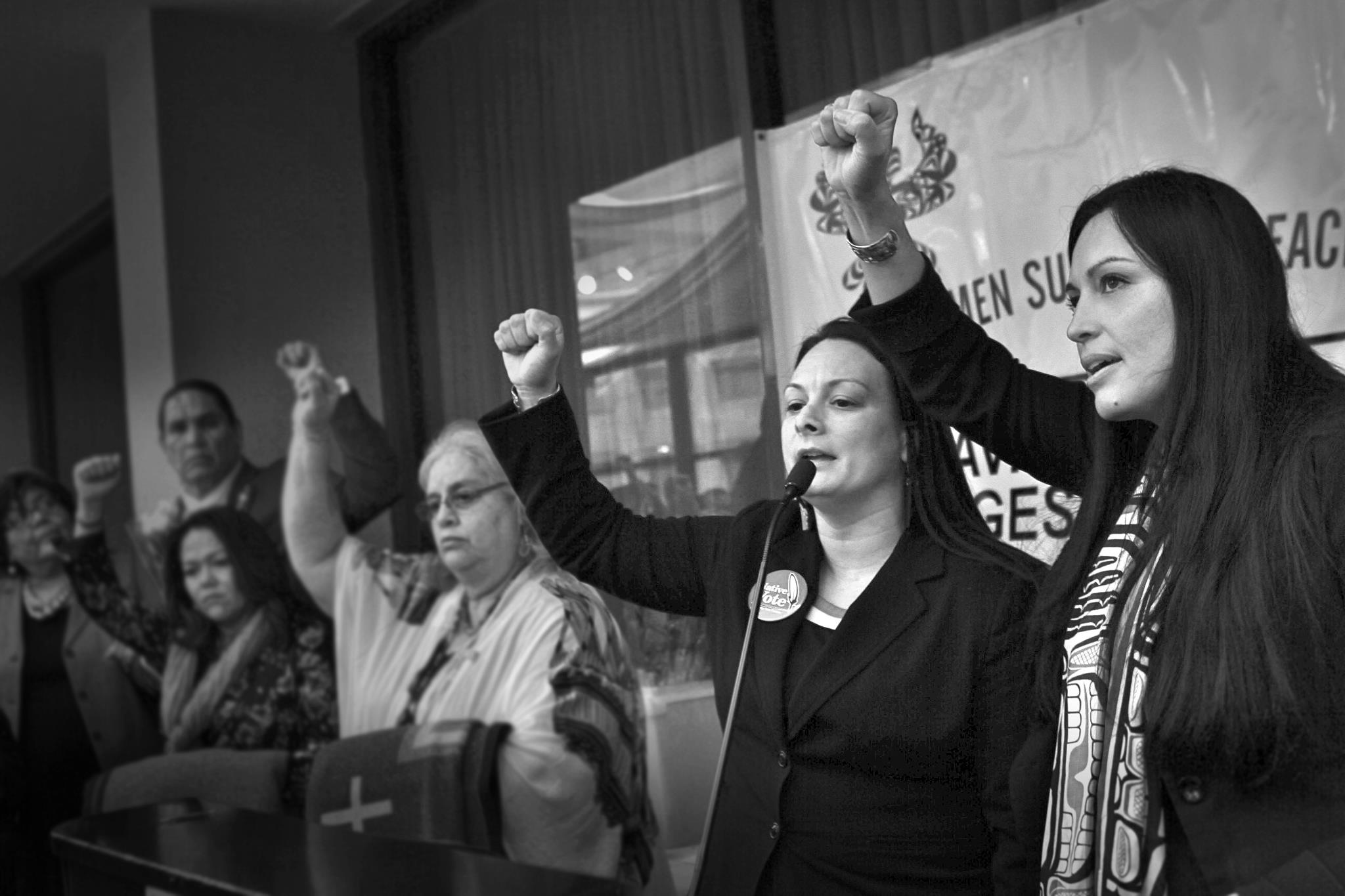 On March 7, 2013, President Obama signed the Violence Against Women Reauthorization Act of 2013 (VAWA 2013) into law, an affirmative first step forward that reflects not only the United States’ commitment to restore safety to Native women, but also its reaffirmation of tribes' inherent sovereignty to protect their citizens from violence.

Among other provisions in VAWA 2013, Section 904 restores special domestic violence criminal jurisdiction to Indian nations over non-Indians who commit acts of domestic violence or dating violence and violations of certain protection orders.  However, the victim must be Indian, the crime must occur in the Indian country of the participating tribe, and the non-Indian defendant must have sufficient ties to the Indian tribe.

These new jurisdictional provisions became effective on March 7, 2015, although a pilot program let five tribes seek early exercise of the authority.  Tribal use of this new jurisdiction is voluntary. As of Fall 2015, eight Indian nations are exercising the new special domestic violence criminal jurisdiction.  Significantly, VAWA 2013 also clarifies in Section 905 that all tribes have civil jurisdiction to issue and enforce protective orders against both Indians and non-Indians regarding matters arising on lands within their authority. 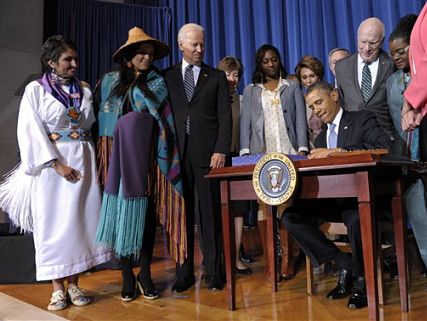 While VAWA 2013 was a victory for many Indian tribes in the lower 48 states, Section 910, the Special Rule for the State of Alaska, made the new protections in Sections 904 and 905 inapplicable to all but one Alaska Native village.  Simply put, 40% of all federally recognized tribes were excluded from key reforms.  This was devastating for Alaska Native women, who suffer rates of physical assault 12 times higher and domestic violence up to 10 times higher than the rest of the country. In at least 75 Native villages, there is no law enforcement presence whatsoever.  Only 88 Village Public Safety Officer positions were filled in 2011, although funding was available for 100.

On, December 19, 2014, President Obama signed into law a repeal of Section 910. However, because Section 904 of the VAWA that restores special domestic violence criminal jurisdiction to Indian nations over certain non-Indians only applies if the crime occurs in Indian country, all but one of the 229 Alaska tribes are still effectively excluded from taking advantage of this provision due to the way federal law classifies the lands of Alaska Native villages.

Despite these historic improvements in the law, much work remains to restore  full criminal authority to ALL Indian nations, a step needed to prevent and eliminate violence against Native women and children, and special attention is still needed to address the state of emergency facing Alaska tribes, Alaska Native women, and their communities.  The time is now.

“[T]he Indian Law and Order Commission’s opinion is that problems in Alaska are so severe and the number of Alaska Native communities affected so large, that continuing to exempt the State from national policy change is wrong. It sets Alaska apart from the progress that has become possible in the rest of Indian country. The public safety issues in Alaska—and the law and policy at the root of those problems—beg to be addressed. These are no longer just Alaska’s issues. They are national issues.”

A Roadmap for Making Native America Safer—Report to the President and Congress of the United States (2013), at page 55.