On Wednesday, December 2, the Senate Committee on Indian Affairs held an oversight hearing: “Tribal Law and Order Act – 5 Years Later: How have the justice systems in Indian Country improved?” 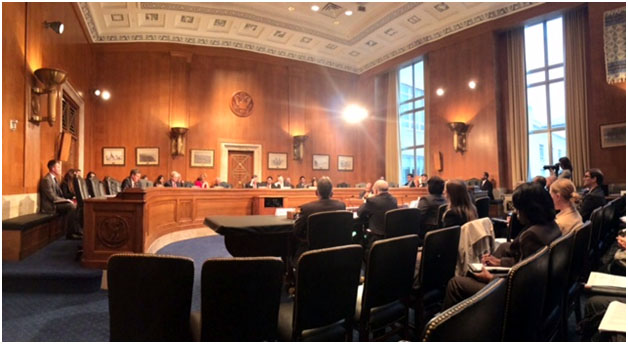 The Tribal Law and Order Act (TLOA), signed into law by President Obama on July 29, 2010, amends the Indian Civil Rights Act to provide enhanced sentencing authority to tribal courts, allowing them to sentence Indian offenders to prison terms not greater than three years per offense (with a total of nine years for consecutive sentences for separate offenses) and a fine of up to $15,000. Previously, tribal courts were restricted to a maximum of one-year imprisonment and/or a fine of $5,000 per offense, no matter how egregious the crime. However, despite its promise to improve safety and reduce crime in Indian country, implementation of TLOA has been incredibly slow. According to the Tribal Law and Order Center, to date just eight tribes have exercised enhanced sentencing authority under TLOA, though several more are working toward implementation.

Just one hour before the hearing, the Department of Justice submitted its latest TLOA-mandated annual report on Indian country investigations and prosecutions, including information on how often federal authorities decline to prosecute cases referred to them. The previous report on the issue was submitted in August 2014, some 15 months ago. Committee Chairman Sen. Barrasso (R-WY) criticized federal department representatives for their lack of timeliness in addressing criminal justice issues impacting Indian country, noting “there is no justification for such delays, and this raises questions regarding agencies accountability and commitment to justice, and it defeats the purpose of the creation of legislation to address these problems in the first place.” Senators Tester (D-MT), Murkowski (R-AK), Cantwell (D-WA), and Heitkamp (D-ND) echoed comments about the importance of improving public safety and criminal justice in Indian country, as a matter of priority.

In his testimony, Larry Roberts, Principal Deputy Assistant Secretary – Indian Affairs, U.S. Department of the Interior, provided comments on how TLOA has “led to a renaissance of tribal authority,” enabling tribal governments to arrest, prosecute, sentence, and detain perpetrators through tribal law enforcement and tribally run detention centers, which “would have been impossible before TLOA.” Roberts cited a number of TLOA success stories. Since TLOA, more than 1,300 tribal, state, and local law enforcement officers have received BIA Special Law Enforcement Commissions through cross-deputation agreements. The Sycuan Tribe in California now has access to the California law enforcement telecommunications system and to the Bureau of Indian Affairs – Office of Justice Services, offices which can now run emergency background checks for tribal social service entities that require such information for child placement purposes. A recent pilot project on recidivism with the Ute Mountain Ute Tribe, Shoshone Paiute of Duck Valley, and the Red Lake Band of Chippewa resulted in double digit reductions in recidivism rates. Roberts, however, realistically noted that much more work remains. The Department expects to release its annual report of unmet needs of law enforcement, corrections, and tribal court programs soon, as required by TLOA.

Mirtha Beadle, Director, Office of Tribal Affairs and Policy, Substance Abuse and Mental Health Services Administration (SAMHSA), U.S. Department of Health and Human Services, focused in her testimony on her office’s work to bring together key players to address alcohol and substance abuse in Indian country. The Office of Tribal Affairs and Policy, created by TLOA in 2010 to improve coordination among federal agencies and departments responsible for combating alcohol and substance abuse disorders among the American Indian/Alaska Indian population, serves as a point of contact for tribes to implement TLOA and to develop the Indian Alcohol and Substance Abuse Memorandum of Agreement as a framework for coordinating the resources and programs of SAMHSA, Indian Health Services, the Department of the Interior,  and the Department of Justice. A multiagency report on alcohol and substance abuse issues in Indian country is expected in early 2016. 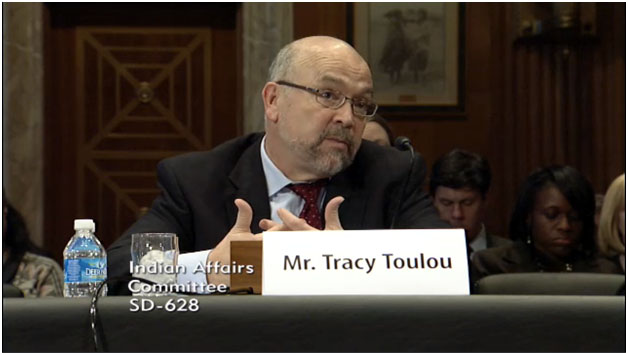 Tracy Toulou, Director, Office of Tribal Justice, U.S. Department of Justice, in his testimony, explained a new pilot program to provide tribes with access to law enforcement databases, another requirement of TLOA. The DOJ Tribal Access Program for National Crime Information was announced in August 2015. It is designed to provide access to more law enforcement data and has selected ten tribal participants to provide initial feedback before the program is made available to more tribes. Toulou also focused on the importance of the Special Assistant United States Attorney (SAUSA) program. Obtaining a SAUSA designation enables tribal prosecutors to bring cases to federal court and serve as co-counsel with federal prosecutors on felony investigations and prosecutions of offenses originating in tribal communities. There are now 25 SAUSAs representing 23 tribes. Toulou, in his written testimony, acknowledged that “challenges faced by tribes are generally best met by tribal solutions” and that TLOA positively served as “a charge to the federal government to provide tribal governments with the tools they need to better protect their communities, to live up to our treaty and trust obligations, and to be more accountable for our efforts to enhance public safety in Indian country.” 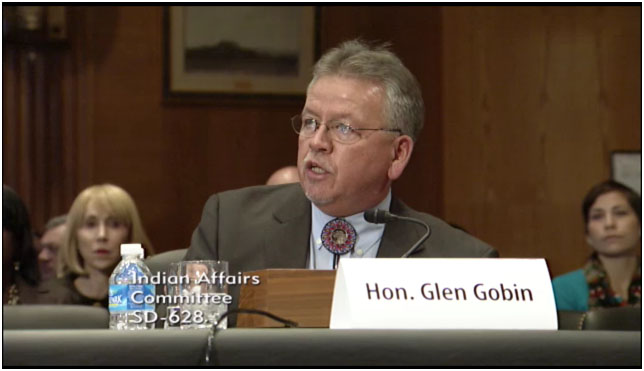 On the tribal side of implementation, Glen Gobin, Vice-Chairman of the Tulalip Tribes, discussed the Tulalip experience with TLOA. So far in 2015, Tulalip police have arrested 835 individuals, of which over 60 percent were non-Indian. Some 33 of those arrested were charged with crimes carrying a sentence of more than one year as authorized by TLOA. “There is no question that the Tribal Law and Order Act has enabled Tulalip to better protect its community,” said Gobin. Yet, there is still a need for legislation to allow tribes to prosecute non-Indians for crimes committed on the reservation beyond what is provided in the Violence Against Women Reauthorization Act of 2013, such as crimes against children and drug offenses. Gobin also recommended reinstatement of the Bureau of Prisons tribal prisoner program and stressed the need for appropriate funding to fully implement TLOA and VAWA 2013. 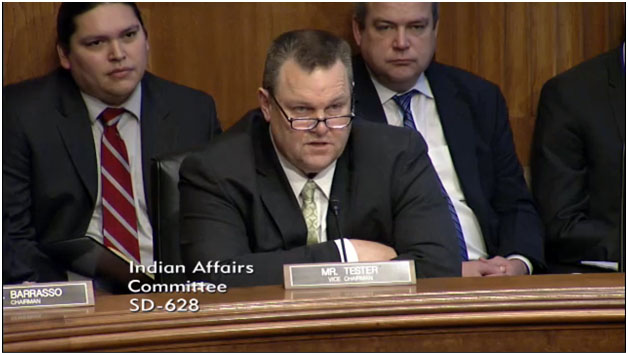 Sen. Tester acknowledged that although TLOA and VAWA 2013 with its restoration of limited special domestic violence criminal jurisdiction for tribes were “historic and sweeping, this is just the beginning of the work that needs to be done.”

The hearing record will be open for the next two weeks and additional information can be submitted to the Committee on these issues. More information is available at the Senate Committee website: www.indian.senate.gov.