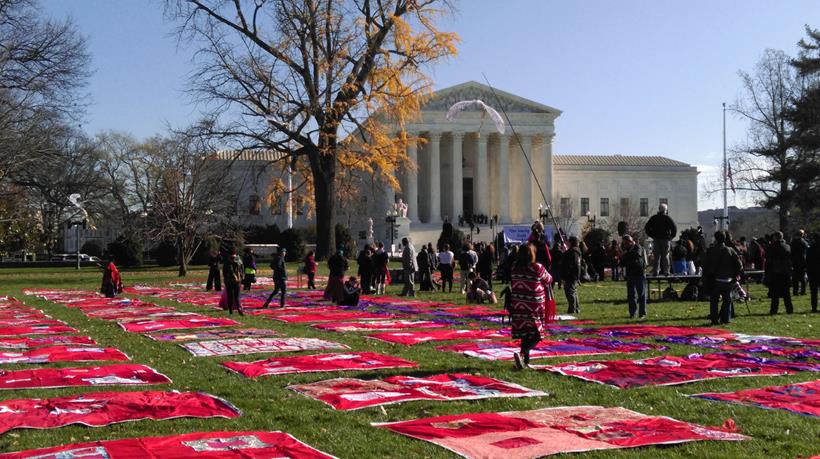 “Today’s decision reaffirms tribal sovereignty and the inherent civil authority of tribal courts to protect our citizens when non-Indians assault them,” said Jana Walker, senior attorney at the Indian Law Resource Center. "This is critical considering that a National Institute of Justice research report issued last month found that more than 4 in 5 Native women have experienced violence in their lifetimes, and more than 1 in 2 have experienced sexual violence."  The report revealed that 97% of Native women and 90% of Native men who experience violence will be victimized by non-Indian perpetrators. “This decision affirms existing law and should put a stop to the sort of spurious claims made in this case that non-Indians can simply walk away from tribal courts when it suits them.”

The case arose when the parents of a tribal youth filed a civil suit in tribal court alleging that their child was sexually assaulted twice by a Dollar General store manager. The store is located on tribal lands, and the youth was working there as part of a tribal youth training program. Dollar General sought to avoid any accountability for its employee’s actions, arguing that the tribal court should not be permitted to hear the case because it involves a non-Indian defendant. After the Fifth Circuit upheld tribal sovereignty, Dollar General asked the United States Supreme Court to declare that tribes lack civil jurisdiction over non-Indian defendants, even when they are accused of sexual assaults of Native women and children on tribal lands.

“The fact that this decision ended in a tie is important,” said Robert T. Coulter, executive director of the Indian Law Resource Center. “It is a reminder that more work is needed to educate lawyers, judges, and lawmakers about tribal sovereignty and the authority of tribal courts.”

The Supreme Court is not the only body that has been reviewing this issue and the lack of meaningful access to justice for American Indian and Alaska Native survivors of violence. Earlier this month, the UN Working Group on the issue of discrimination in law and in practice issued a report on its mission to the United States recommending that the United States "[e]mpower Native American tribes to ensure justice in their communities through the exercise of full criminal jurisdiction within their lands."  We couldn’t agree more.

For more information about the Dollar General case, visit: http://indianlaw.org/safewomen/dollar-general-case.