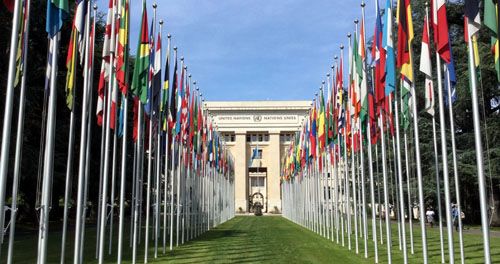 The epidemic of violence against American Indian and Alaska Native women highlights the United States’ failure not only under its own law, including the trust responsibility to Indian nations “to assist tribal governments in safeguarding the lives of Indian women,” but also under international human rights law. Perhaps the most basic human right recognized under international law is the right to be free of violence.

Since 2007, the Center has been collaborating with Native women's organizations and tribes on a national strategy−a strategy that reframes the issue of violence against Native women as a human rights issue, not just a domestic or law enforcement issue. This strategy combines domestic and international advocacy and uses various types of media to raise awareness, generate support, and urge action to restore safety to Native women. 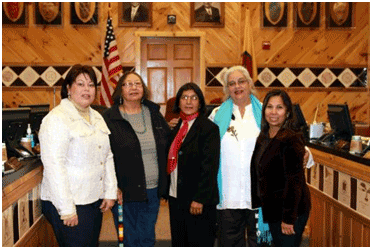 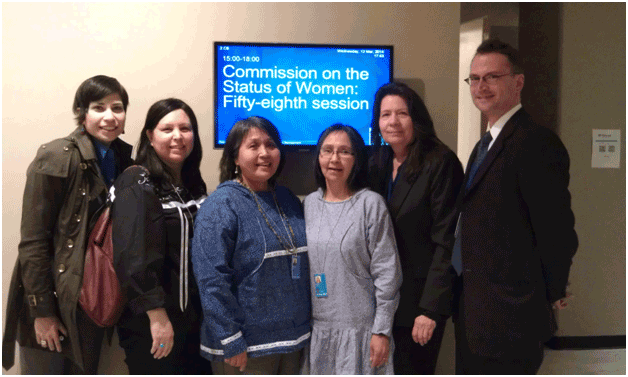 On September 22-23, 2014, the United Nations held its first ever World Conference on Indigenous Peoples at its headquarters in New York City.  Some 38 indigenous peoples from the United States attended, including 15 Native women. Remarkably, five American Indian and Alaska Native women were selected to speak on behalf of various tribes and organizations to the Conference. 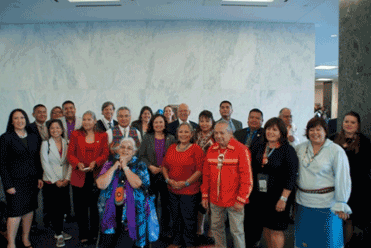 The Center and its partners also have brought international attention to violence against Native women within the Organization of American States. In 2008, on behalf of numerous nonprofit organizations and tribal governments, the Center and Sacred Circle National Resource Center to End Violence Against Native Women submitted an amicus brief in support of Jessica Gonzales Lenahan, who filed the first human rights case involving domestic violence in any international body against the United States. The case, which involved the deliberate failure of local police to enforce a domestic violence protection order, did not arise in Indian country. However, it has major implications for Native women who rarely see their abusers brought to justice. 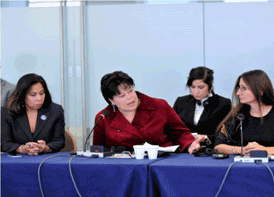 In 2011, the Center and its partners, the NCAI Task Force on Violence Against Native Women and the National Indigenous Women’s Resource Center, participated in the first ever thematic hearing on violence against Native women in the United States before the Inter-American Commission on Human Rights. The Commission has since expressed concern about violence against indigenous women in the United States, noting that such situations tend to be accompanied by impunity and urging the United States to address this violence through laws, policies, and programs. The Center also has worked to press for provisions in the draft American Declaration on the Rights of Indigenous Peoples that would offer protections for indigenous women stronger than those in the UN Declaration on the Rights of Indigenous Peoples.

Much more must be done to end violence and discrimination against all indigenous women everywhere. The time is now.

"It is important that the United States consider recommendations from experts with the United Nations and the Organization of American States as it begins to take action. A report to the U.N. General Assembly in 2011 concluded that the United States should ‘consider restoring, in consultation with Native American tribes, Tribal authority to enforce Tribal law over all perpetrators, both native and non-native, who commit acts of sexual and domestic violence within their jurisdiction.’’"

"The global reach and international human rights law is a strong push on Congress to act and remove the legal barriers in the United States that affect Native women. According to one advocate, ‘Native women must not continue to suffer disproportionately higher rates of rape, sexual assault, and murder, and lower rates of enforcement, prosecution, and punishment just because they are Indian and live on an Indian reservation or in an Alaska Native village.'’’