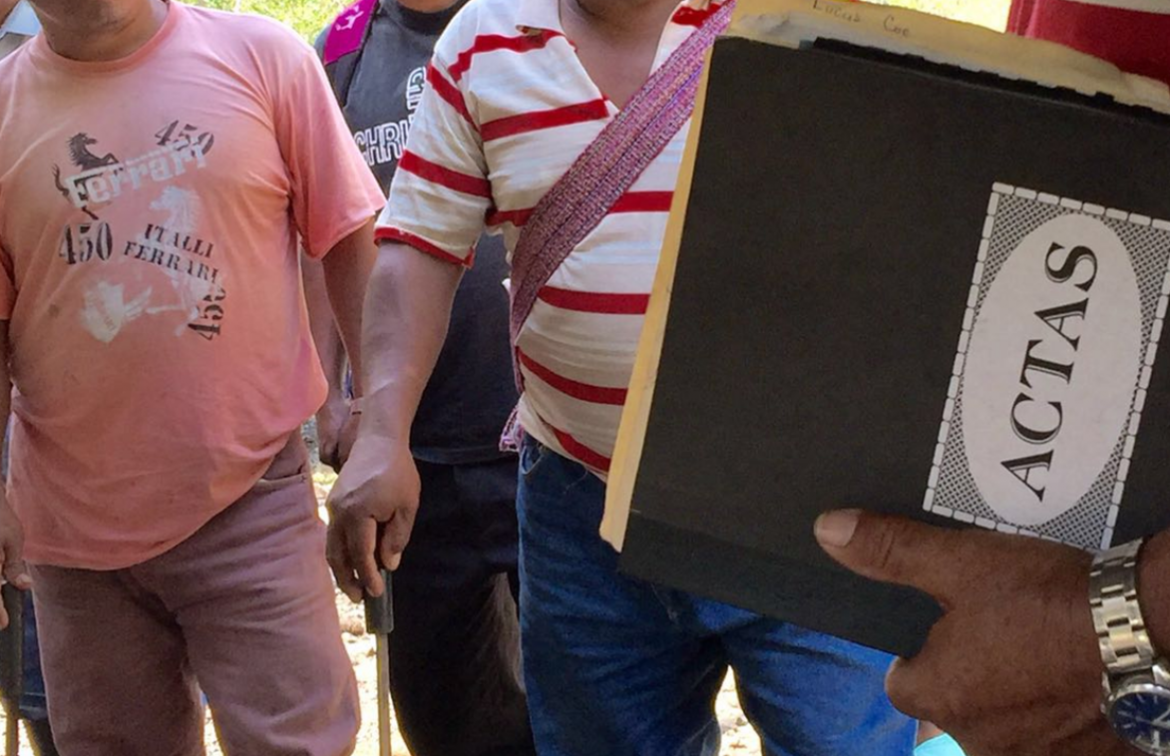 Our Maya Q’eqchi’ clients in Guatemala reached a major milestone in their 40+ year effort to secure their land titles. In late October, the government officially issued and registered the Agua Caliente Lote 9 community’s land title. FONTIERRAS, the national land titling agency, delivered the title to the community during a ceremony and celebration on November 25th, 2019.

Center attorneys have not yet completed a thorough analysis of the title, but regardless of possible shortcomings, this is an important breakthrough. It's a good result from our efforts to keep the community’s battle for their land rights on the agenda in domestic arenas.

We re-ignited the fight in Guatemala's courts in May, 2018, by filing a lawsuit that sought full compliance with the 2011 Constitutional Court ruling that directed government agencies to take all the necessary steps to title and register Agua Caliente’s lands. The court dismissed our case, but an ensuing complaint in Guatemala’s Constitutional Court was decided in our favor.

The court filings helped capture the attention of lawmakers, who held a congressional hearing to investigate why Agua Caliente’s land titles had not been issued. The hearing and a subsequent written report to Congress put a spotlight on the ongoing mishandling of the titling process and the deeper problems with Guatemala’s land titling systems, such as overlapping land claims. The lack of consistency in the data and records of various government agencies – the separate land survey, land titling, and land registry agencies – exposes the entire system to fraud and corruption.

By September of 2019 we had a decisive victory in the domestic courts. A court ordered that Agua Caliente’s lands be titled and registered within 30 days and threatened financial penalties against FRONTIERRAS and possible criminal charges against the head of the agency if there were continued delays. FONTIERRAS officially registered the land title on October 30, 2019.

In the coming weeks the Center’s attorneys will be studying the title that was conveyed. We’ll work with community leaders to ensure they have a full understanding of the rights that are recognized and whether the overlap between the Agua Caliente lands and the Fénix mining project has been adequately addressed. Because Guatemalan law ignores the collective nature of indigenous communities, the title may not give the community the legal security they may need to fend off mining or other outside interests. We expect to consult with Agua Caliente about the option of continuing to push for more a complete and comprehensive land title through their case in the Inter-American Commission on Human Rights.

Seeing concrete progress result from their legal efforts has been a boost for the community. The Center remains committed and looks forward to helping the community understand their legal options and take their next steps.