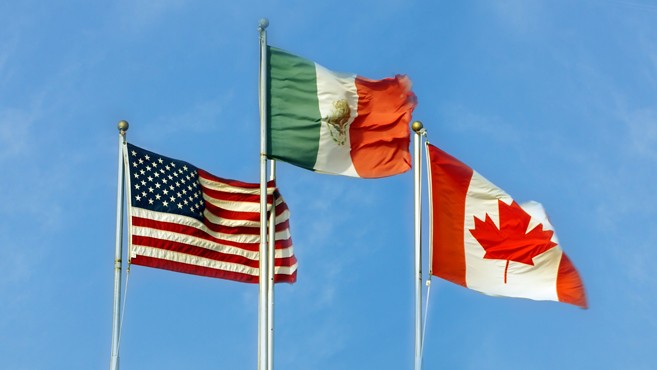 Canada, Mexico, and the United States have recently begun to renegotiate the North American Free Trade Agreement (NAFTA or Agreement), following a process set in motion by President Trump. While President Trump is a loud critic of NAFTA who has already threatened to walk away from the agreement,[1] his precise policy goals in reopening NAFTA are not entirely clear. Regardless, renegotiating NAFTA provides Canada, Mexico, and the United States the opportunity to implement lessons learned and ensure that NAFTA is improved to better protect human rights and indigenous peoples’ rights.

Indigenous peoples understand the significance of this opportunity[2] and have already convinced the Government of Canada to propose inclusion of a new chapter in the Agreement addressing indigenous rights as a key objective. According to Canada’s National Post, the Canadian government is “looking at how provisions in the agreement can support Indigenous economic development while also considering how to make the pact compliant with the UN Declaration on the Rights of Indigenous Peoples.”[3] Inclusion of a dedicated chapter on indigenous issues, and the direct incorporation of indigenous peoples’ rights into NAFTA would be a tremendous step forward in implementation of the UN Declaration.

Addressing indigenous rights and including concrete and enforceable rules of international law within the Agreement to protect their legal rights to their land and resources is urgently needed. The need is especially great considering the enormous and often irreversible impacts on indigenous peoples’ rights and the environment of many economic development initiatives promoted or made feasible by NAFTA and the inadequacy of the present legal and policy framework for protecting indigenous peoples’ rights.

The participation of indigenous peoples and their representative institutions in the negotiations will substantially contribute to the dialogue and debate and can help ensure that indigenous peoples’ rights are fully respected in the Agreement. Canada, Mexico, and the United States have already committed to uphold the principles of the UN Declaration—we strongly encourage them now to match their words with actions, and to implement the Declaration throughout these upcoming rounds of negotiation.

It is expected that substantive discussions between the parties will begin in September. There is no definite timeline to reach an agreement, but observers generally expect the process to take about a year.

[1] There is some question as to whether the President has the power to unilaterally withdraw the United States from NAFTA or similar trade treaties. See, e.g., Joel P. Trachtman, Terminating Trade Agreements: The Presidential Dormant Commerce Clause versus a Constitutional Gloss Half Empty, https://papers.ssrn.com/sol3/papers.cfm?abstract_id=3015981.

[2] For an important example of indigenous engagement on this issue, see the submission made by the International Inter-Tribal Trade and Investment Organization to the Government of Canada, at http://iitio.org/nafta/ - _ftn18.