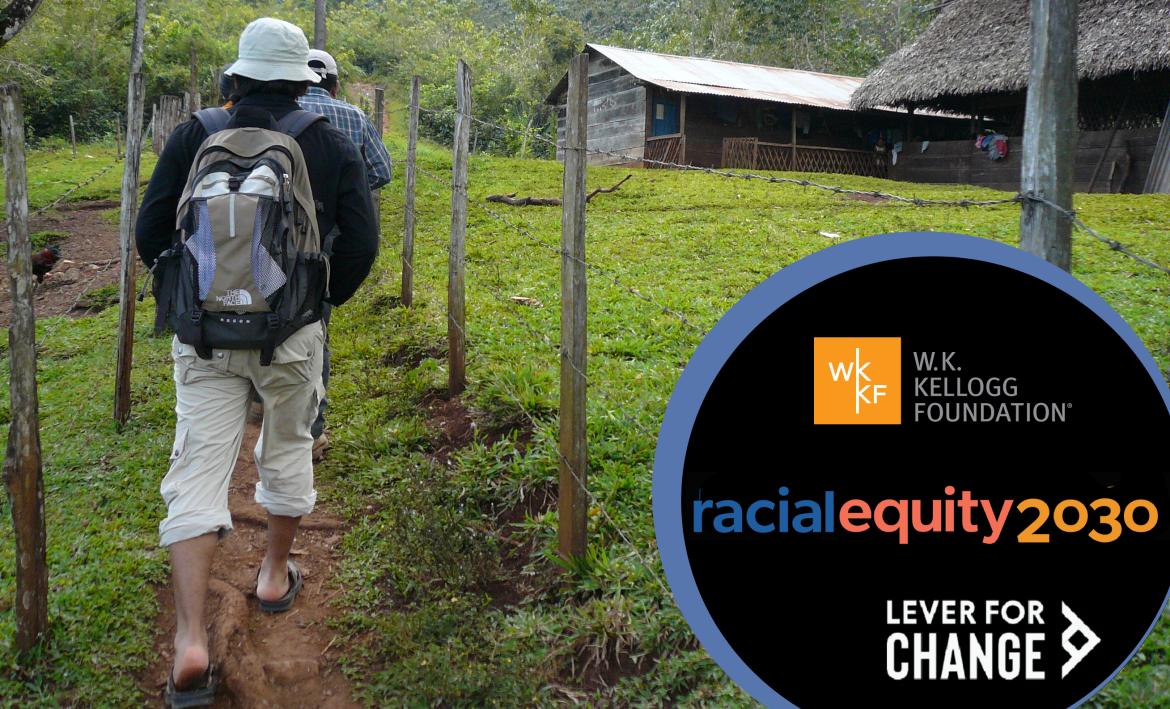 Helena, Montana, Oct. 11, 2022 – Today, the W.K. Kellogg Foundation announced the Indian Law Resource Center as one of the top awardees of its Racial Equity 2030 Challenge. The Challenge is awarding $80 million to five projects to help build and scale actionable ideas for transformative change in the systems and institutions that uphold racial inequities. The Center’s Indigenous Lands Initiative will receive $20 million to expand and strengthen indigenous land ownership rights in Mexico and Central and South America.

“An indigenous-led project of this scale is a true landmark,” says Robert T. Coulter, the executive director and founder of the Indian Law Resource Center. “Our work over the next eight years will demonstrate what we and our indigenous partners already know — that the more indigenous peoples plan and execute our own initiatives, the more positive the outcomes for the community and the environment.”

With the award from the Kellogg Foundation, the Indian Law Resource Center, along with partner organizations the Interethnic Association for the Development of the Peruvian Amazon (AIDESEP) and the Coordination of the Indigenous Organizations of the Brazilian Amazon (COIAB), will address a root cause of the poverty, exclusion, and extreme inequity suffered by thousands of indigenous communities from Mexico to Argentina: the lack of legally secure land rights. Secure land ownership is the most important need expressed almost universally by indigenous leaders and crucial to sustaining indigenous cultures and integrity as distinct societies, building their economies, protecting the planet and tackling the climate crisis.

“The denial of Indigenous land rights is the denial of culture, language, tradition and community,” said Carla Thompson Payton, vice president for program strategy at the W.K. Kellogg Foundation. “The Indian Law Resource Center is an Indigenous-led effort that’s helping to restore more than 500 years of colonialism and oppression. We are proud to be partners for the next eight years.”

The Indigenous Lands Initiative will build the capacity of indigenous communities to formalize their land ownership and develop a network of lawyers and other experts to assist communities, without charge, to overcome legal and technical barriers to secure their land rights. In addition to bringing more than a million acres of land into indigenous ownership over the next eight years, the Initiative will establish a permanent new organization that works to expand lessons and successes in indigenous land titling across geographies and to challenge and change discriminatory and unworkable systems and practices concerning indigenous land ownership and management.

“Legal, documented land ownership will be transformative for indigenous communities,” said Leonardo Crippa, a senior attorney with the Indian Law Resource Center and the director of the project. “It will enable a community to protect itself against land theft and invasions by using the courts and other government interventions. Secure land rights will create a level of legal, economic, and political security never previously realized—an opportunity for communities to prosper and improve lives.”

“The land is our mother, our market, our medicine. It is the only inheritance that our ancestors have given us,” says Miguel Guimaraes, the vice president of AIDESEP and an indigenous Shipibo leader from the Flor de Ucayali community in Peru. “That’s why we are always willing to defend it, even with our lives.”

“For us at COIAB, this project is urgent. Failure to demarcate our territories in Brazil has a devastating impact on our lands and our lives,” says Toya Manchineri, the recently elected General Coordinator of COIAB. “Within the first week of October, we received reports of a killing in the Yanomami Indigenous Territory and of a child who was shot in the face.” Manchineri believes that invaders feel the Brazilian state condones and colludes with violence against Indigenous peoples.

The Racial Equity 2030 Challenge was announced in 2020, 90 years after the founding of the W.K. Kellogg Foundation in anticipation of the Foundation’s 100th anniversary in 2030 and is aimed at helping unleash transformative solutions to tackle social, economic, political, or institutional inequities to improve the lives of children, families, and communities across the world.  The Challenge received 1,453 submissions from 72 countries. In September 2021, the Kellogg Foundation announced the top 10 finalists for the challenge. All finalists moved through a process of multiple levels of review, feedback and diligence involving peer applicants and multi-disciplined experts from around the world.

The Racial Equity 2030 Challenge was managed in partnership with Lever for Change, a nonprofit affiliate of the John D. and Catherine T. MacArthur Foundation that connects donors with bold solutions to the world’s biggest problems—including issues like racial inequity, gender inequality, lack of access to economic opportunity and climate change.

More information about the Racial Equity 2030 Challenge, the awardees, and the finalists can be found at www.wkkf.org/re2030.

Founded in 1978, the Indian Law Resource Center is a non-profit law and advocacy organization that provides legal assistance to indigenous peoples of the Americas to combat racism and oppression, to protect their lands and environment, to protect their cultures and ways of life, to achieve sustainable economic development and genuine self-government, and to realize their other human rights. Our principal goal is the preservation and well-being of Indian and other Native nations and tribes.

The Center seeks to overcome the grave problems that threaten Native peoples by advancing the rule of law, by establishing national and international legal standards that preserve their human rights and dignity, and by challenging the governments of the world to accord justice and equality before the law to all indigenous peoples of the Americas. Established and directed by American Indians, the Center is a Non-Governmental Organization in consultative status with the United Nations Economic and Social Council. For more information, visit www.indianlaw.org.

The W.K. Kellogg Foundation, founded in 1930 as an independent, private foundation by breakfast cereal innovator and entrepreneur Will Keith Kellogg, is among the largest philanthropic foundations in the United States. Guided by the belief that all children should have an equal opportunity to thrive, WKKF works with communities to create conditions for vulnerable children so they can realize their full potential in school, work and life.

The Kellogg Foundation is based in Battle Creek, Michigan, and works throughout the United States and internationally, as well as with sovereign tribes. Special attention is paid to priority places where there are high concentrations of poverty and where children face significant barriers to success. WKKF priority places in the U.S. are in Michigan, Mississippi, New Mexico and New Orleans; and internationally, are in Mexico and Haiti. To learn more about WKKF, visit www.wkkf.org or follow WKKF on Twitter at @wk_kellogg_fdn.