It’s been two years since the Executive Board of the Inter-American Development Bank (IDB) pledged to review and update its Indigenous Peoples Policy – part of the response to the Center’s complaint against the IDB-financed Mareña Renovables Wind Project in Oaxaca, Mexico. The project had drawn intense opposition from indigenous communities that feared the wind turbines and infrastructure would interfere with their cultural traditions, including limiting access to their sacred sites and damaging the fishery – their principal source of food and income.

The IDB’s Directors have acknowledged that for the bank to work more effectively, it must ensure the "institutional and regulatory framework of projects involving indigenous communities be based on international best practices."  The IDB’s current Indigenous Peoples Policy dates back to 2006. Since then, both the United Nations and the Organization of American States have both adopted declarations on the rights of indigenous peoples.

The Center and many major indigenous organizations in Mexico and Central and South America are pushing the IDB to review and update its Indigenous Peoples Policy in consultation with indigenous peoples. We are bringing the IDB’s attention to the policy’s main shortcomings with respect to the legal standards set by the declarations  (Read out letter to IDB President Luis Alberto Moreno...) 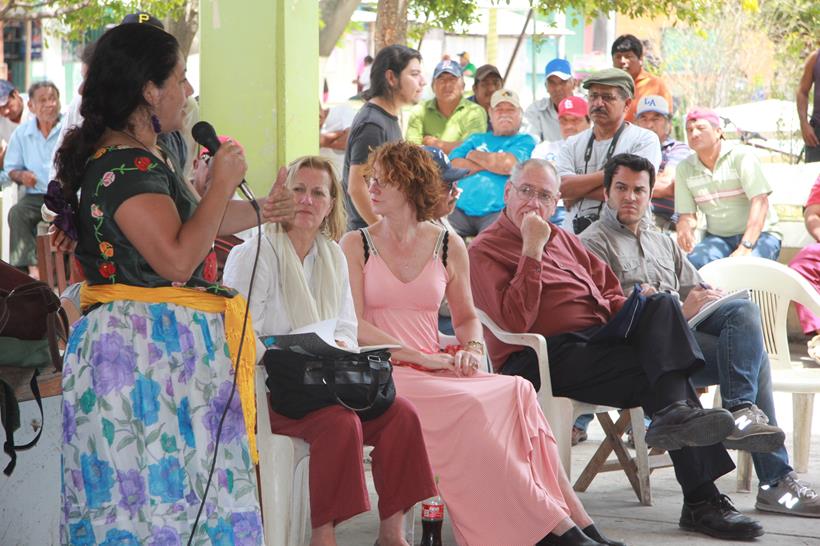 Members of the IDB’s Independent Complaint and Investigation Panel met with community members during their review of the complaint against the Marena Renovables Wind Project in Oaxaca, Mexico.