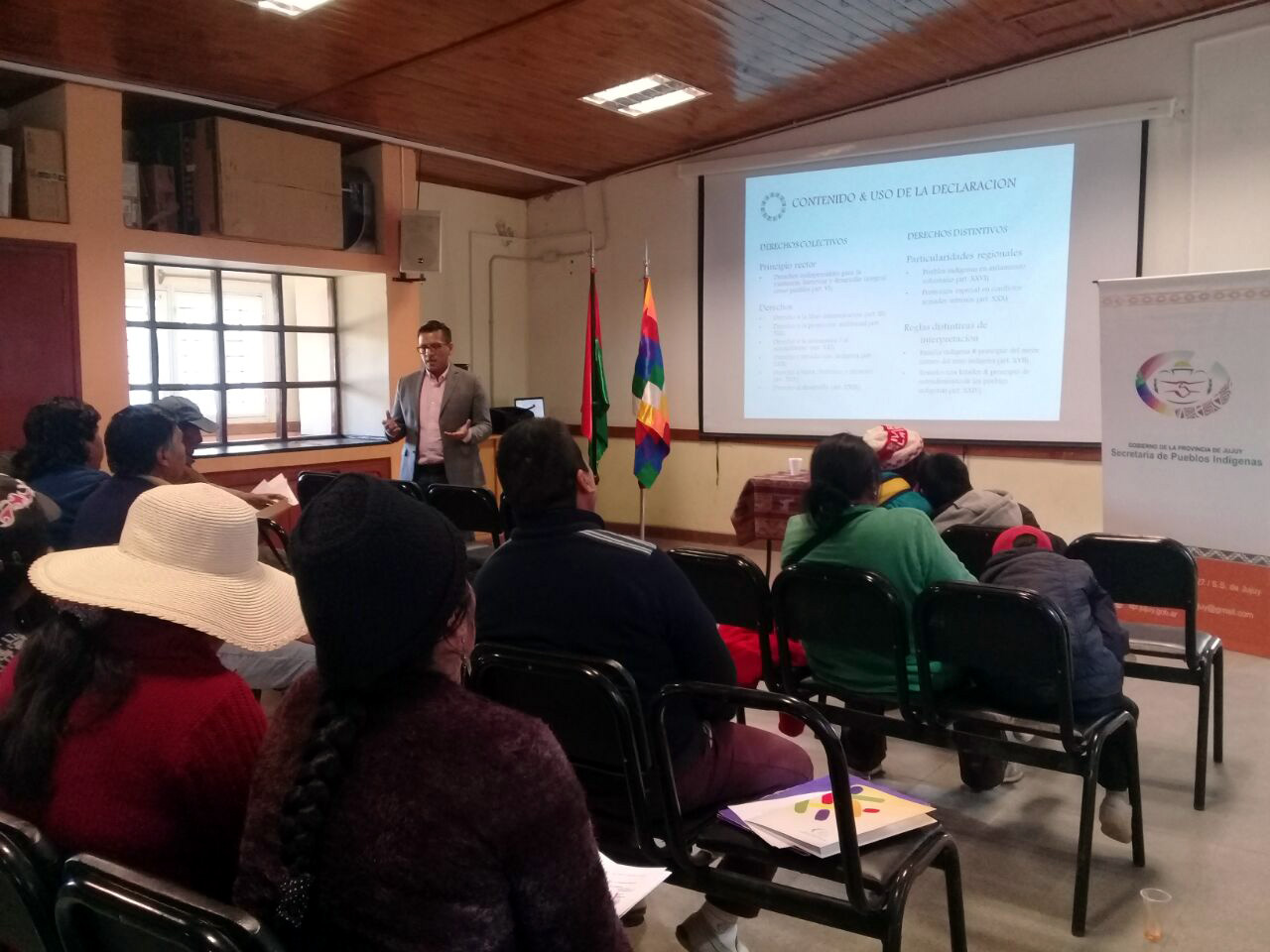 Land rights are crucial to the existence and wellbeing of indigenous peoples around the world.  For many communities, securing collective property rights means ensuring cultural survival and gaining a foothold on economic development. The Center, with funding from the Bay and Paul Foundations, launched a research project to identify how to overcome the legal, procedural, and political hurdles indigenous communities in Mexico and Central and South America face in trying to secure legal recognition of their lands.

“Indigenous communities often struggle with the process of land demarcation, titling, and registry of their lands,” said Crippa. “This legal insecurity has led to forced evictions and land grabs and other appalling human rights violations.”

In September, Center senior attorney Leonardo Crippa visited Jujuy, Argentina, to study its registry system, which is considered to be one of the most reliable in the region.  Jujuy is a province in the extreme northwest of Argentina with a diverse indigenous population. According to the 2010 census, there are roughly  52,500 indigenous individuals of nine native nations that inhabit the Jujuy Province, including the Kolla, Omaguaca, Atacama, Ocloya, Tilian, Toara, Guarani, Toba and Kolla Guarani peoples.

The Kolla People, the indigenous nation with the largest population in the province, are often credited with launching the fight to secure legal rights to their lands. In 1946, The Kolla People led a historic march, known as “Malon de la Paz,” from the Jujuy and Salta provinces to Argentina’s capital city of Buenos Aires, demanding the restitution of ancestral lands. Nearly 200 Kolla leaders marched 1,200 miles and presented their land claim to then President of Argentina Juan Domingo Peron.

Since “Malon de la Paz,” both the federal and the provincial governments have taken innovative actions toward establishing a program to title indigenous lands and to keep unalterable records. In 1997, after land expropriations were completed and transfers were made from the federal government to the provincial government, Jujuy created a program known as “PRATPAJ” (Programa de Regularización y Adjudicación de Tierras a la Población Aborigen de la Provincia de Jujuy).  Other actions included the establishment of a special registry tasked with dedicated indigenous land surveys and registering native communities’ legal personality as a means to gain recognition in court.

According to Crippa, land titles are still pending and land-related conflicts are increasing. “Many grassroots leaders expressed serious concerns over potential evictions of their communities.” Evictions are a tactic increasingly employed by private sector actors, especially those interested in developing extractive industry and tourism projects on native lands in Jujuy.  “This is serious because PRATPAJ only seeks to title ‘public’ lands for indigenous communities.”

In 2006, the Argentine Congress passed a law declaring an “indigenous land possession and property emergency” nationwide.  The law suspended all judicial and administrative actions that would lead to evictions of indigenous communities for a 4 year period.  The law was extended in 2009, 2013, and mostly recently in 2017.

“The actions taken by the federal and provincial governments in response to indigenous peoples’ demands are quite laudable, but the existing shortcomings must be quickly taken care of,” said Crippa.

The Center is continuing to gather information and study how to address the inadequacies of the system of surveying, titling and registering indigenous lands in Jujuy. We will continue to consult with indigenous communities and leaders to identify local efforts that we could contribute to and that could lead to solutions and venues to address the weaknesses in the system.