On Tuesday, June 28, 2016, the Senate Committee on the Judiciary held a hearing to receive testimony from the Department of Justice and Government Accountability Office on implementation of the Justice for Victims of Trafficking Act of 2015 one year after its enactment.

The Act, which became law on May 29th, 2015, is intended to empower law enforcement to further crack down on human trafficking in the United States, as well as to provide restitution and other services for victims. The Act adds or strengthens trafficking provisions in various existing statutes. Notably, it makes buyers equally culpable with traffickers for sex trafficking offenses and bars prosecution of the victims of trafficking for the crimes associated with their own trafficking.

The Act also created a grant program to assist states, localities, and tribes in combating trafficking. It requires the Department of Health and Human Services to transfer $5 million into the grant program to support victims of trafficking. Of the $5 million, $2 million is to be used for grants to provide services for child pornography victims. The program is also partially funded through $5,000 assessments imposed on individuals convicted of human trafficking.

Finally, the Act requires that the Government Accountability Office submit a study one year after its enactment to provide information on the efforts of federal and state law enforcement agencies to combat human trafficking and each federal grant program.

Jill Steinberg, from the Department of Justice, first provided testimony on implementation of various provisions of the Act. Steinberg stated that as a result of the Act, trafficking prosecutions have increased. She noted that section 108 of the Act, which makes buyers culpable for sex trafficking offenses, and section 114, which relates to anti-trafficking training for federal, state, local, and tribal law enforcement and federal prosecutors have been particularly important in this regard. 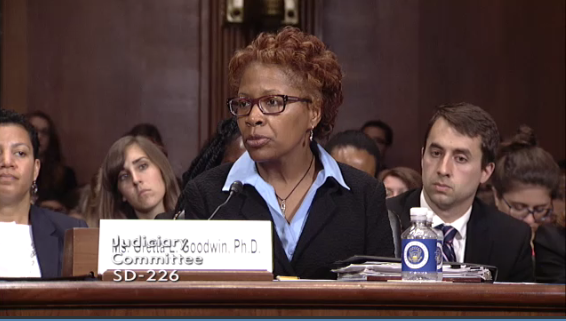 Greta Goodwin, Government Accountability Office, testified that while federal entities are implementing the Act, they face challenges investigating and prosecuting these crimes, due in part to the difficulty of detecting human trafficking. The limited availability of services for victims and unwillingness of some victims to cooperate with prosecutors present further barriers.

Steinberg further testified that the grant program was operational and was being used in part to fund “Improving Outcomes for Child and Youth Victims of Human Trafficking: A Jurisdiction-Wide Approach.” This program attempts to identify the greatest challenge that a tribe or state faces in addressing trafficking of minors and to improve jurisdiction-wide coordination and collaboration to address these crimes.

Steinberg reported that in February 2015, the Executive Office for U.S. Attorneys held the first national training for Indian Country on human trafficking. The Office has also provided training on sex trafficking to other federal agencies, tribes, and for national tribal training and technical assistance providers. A training video focused on the investigation and prosecution of sex trafficking committed against Alaska Natives will be released in October 2016.

Steinberg also testified that in the past year, the Bureau of Justice Assistance has delivered a number of training sessions throughout the nation, including “Human Trafficking in Native American Communities.” She noted the Department of Justice will release an annual report documenting the enforcement of human trafficking prohibitions by state criminal justice systems, as required by section 114 of the Act. This report will include data on the demographics of victims and offenders, as well as information on the relationship between the victim and offender. 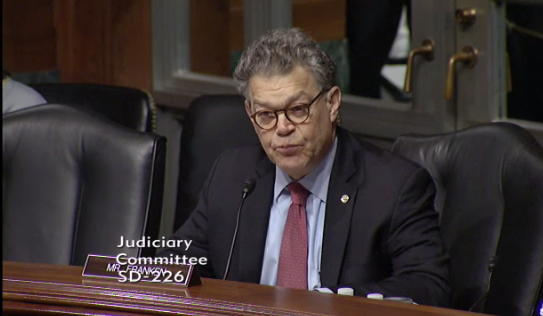 Senator Al Franken (D-MN) noted that American Indians in Minneapolis are disproportionately arrested for prostitution, and that many have experiences with homelessness, poverty, abuse, racism. He asked how funding from the Act and other sources are being directed to address this issue in American Indian communities.

Steinberg responded that the Department of Justice has chosen Minneapolis as one of the sites for the Anti-Trafficking Coordination Team initiative to develop high-impact human trafficking investigations and prosecutions and to provide these teams with specific training to respond to vulnerable populations.

Goodwin added that although the Government Accountability Office’s recent reports do not focus on American Indians, the Office is preparing a report on American Indian victims of human trafficking as requested by the Senate Indian Affairs Committee.

A video of the hearing and copies of the written testimony provided to the Committee is available here.