On April 24, 2019, Alaska Native Women’s Resource Center, Indian Law Resource Center, National Congress of American Indians, and the National Indigenous Women’s Resource Center held a panel discussion at the United Nations in New York, Violence against Indigenous women in the United States: How Indigenous nations and women are leading the movement to end the epidemic of violence in Indian country and Alaska Native villages. This was a side event at the annual session of the UN Permanent Forum on Indigenous Issues, one of the United Nations’ bodies specifically tasked with examining matters affecting, indigenous peoples around the world including their human rights. 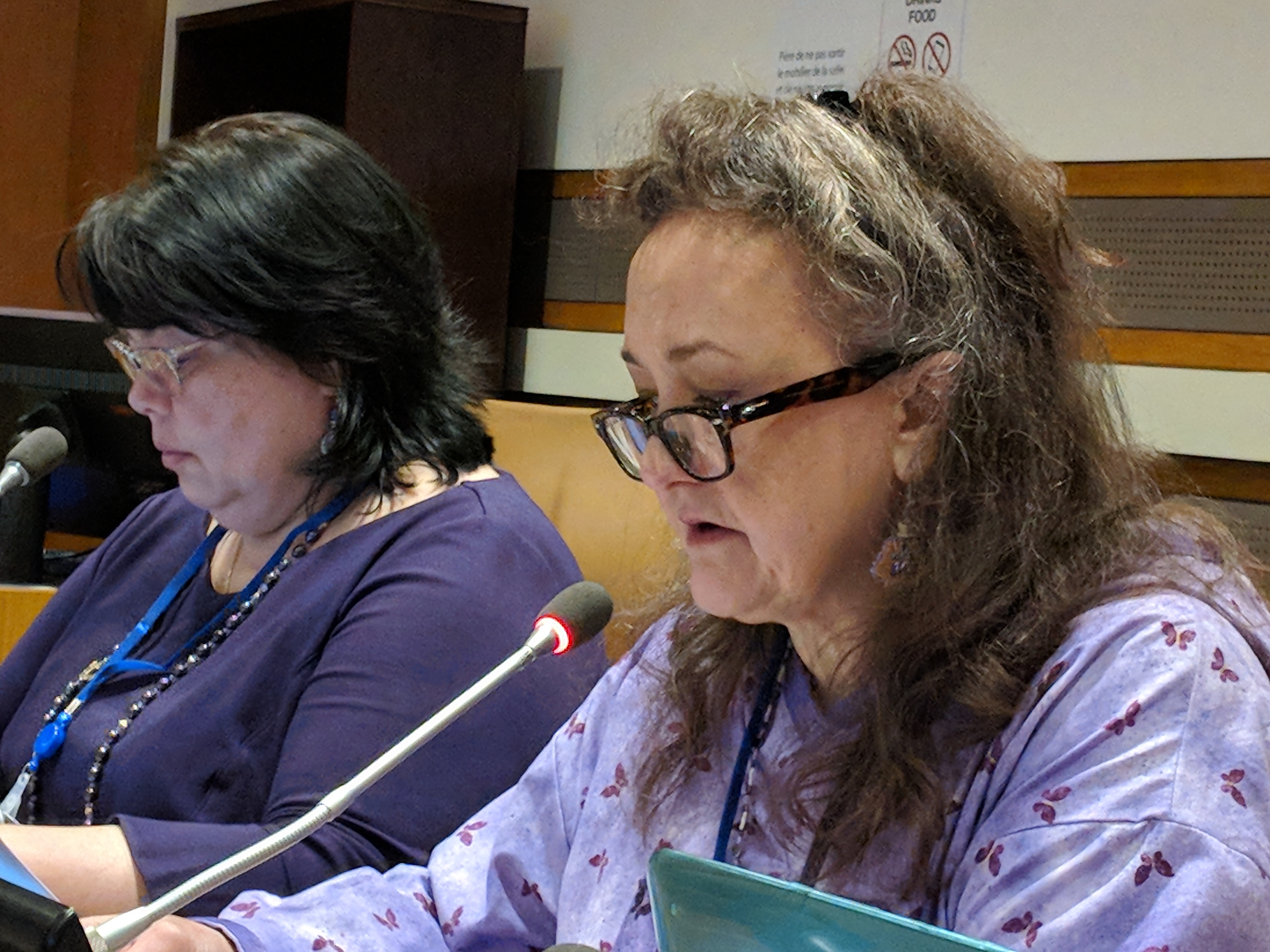 Paula Julian, Senior Policy Specialist for National Indigenous Women’s Resource Center, spoke about the need to continue grassroots organizing and law reform work to indigenize federal law to reflect the needs and realities of American Indian and Alaska Native women. She drew attention to the legislative and policy victories Native women and nations have won, including the tribal provisions in VAWA 2013 and the 2009 apology by the United States Congress in which Congress acknowledged “years of official depredations, ill-conceived policies” and explicitly apologized for “many instances of violence, maltreatment, and neglect inflicted on Native peoples by citizens of the United States” throughout U.S. history. While emphasizing the importance of these victories, Paula urged the audience to continue pressing the United States for concrete actions. “As citizens of our countries and of the world, we are responsible for holding our governments accountable,” she  said. “Apologies and promises are worthless unless we hold our leaders accountable, and provide direction with solutions rooted in Indigenous voices, languages, teachings and laws."

Alaska Native Women’s Resource Center’s Executive Director Tami Truett Jerue concluded the discussion by noting how United States laws, even laws benefitting tribes in the lower-48, continue to fail to protect Alaska Native women. She called for jurisdictional changes to allow Alaska Native villages to better protect the women and girls in their territories. “Our mothers are our hearts. Our children are our hearts. We must have the right to safety.”

Besides educating UN staff and indigenous advocates about these issues, the speakers offered two recommendations to the UN. First, they called on the Permanent Forum to propose an international expert group meeting to study and discuss missing and murdered indigenous women as a complex international phenomenon that needs a multi-faceted response from the UN. “We know that this is not a problem unique to the United States and Canada,” said Chris Foley, staff attorney at the Indian Law Resource Center. “It is a violation of indigenous women’s human rights that is occurring worldwide and it is very often connected with human trafficking, with issues of femicide and legal impunity, and with colonialism and discriminatory criminal justice systems.” Secondly, panelists urged the UN to adopt new rules to improve the ability of  indigenous peoples’ representative institutions, including tribal and village governments, to participate in UN meetings on matters affecting them. “Our governments have the expertise, the resources, and the legitimacy to speak about our needs, but the UN needs to create space for our leaders to advocate directly for us and the UN needs to give our governments a status that respects them as rights-holders and global actors,” said Foley.