March 24, 2019 | New York, NY  ̶  Speakers from American Indian tribes and Alaska Native villages and indigenous organizations are converging for an important panel discussion on violence against indigenous women.  The side event, Violence Against Indigenous Women in the United States: How Indigenous nations and women are leading the movement to end the epidemic of violence in Indian country and Alaska Native villages, will take place at the United Nations Permanent Forum on Indigenous Issues, 18th Session, on April 24, 2019, from 11:30 a.m. ­– 12:45 p.m. EST in Conference Room 6. 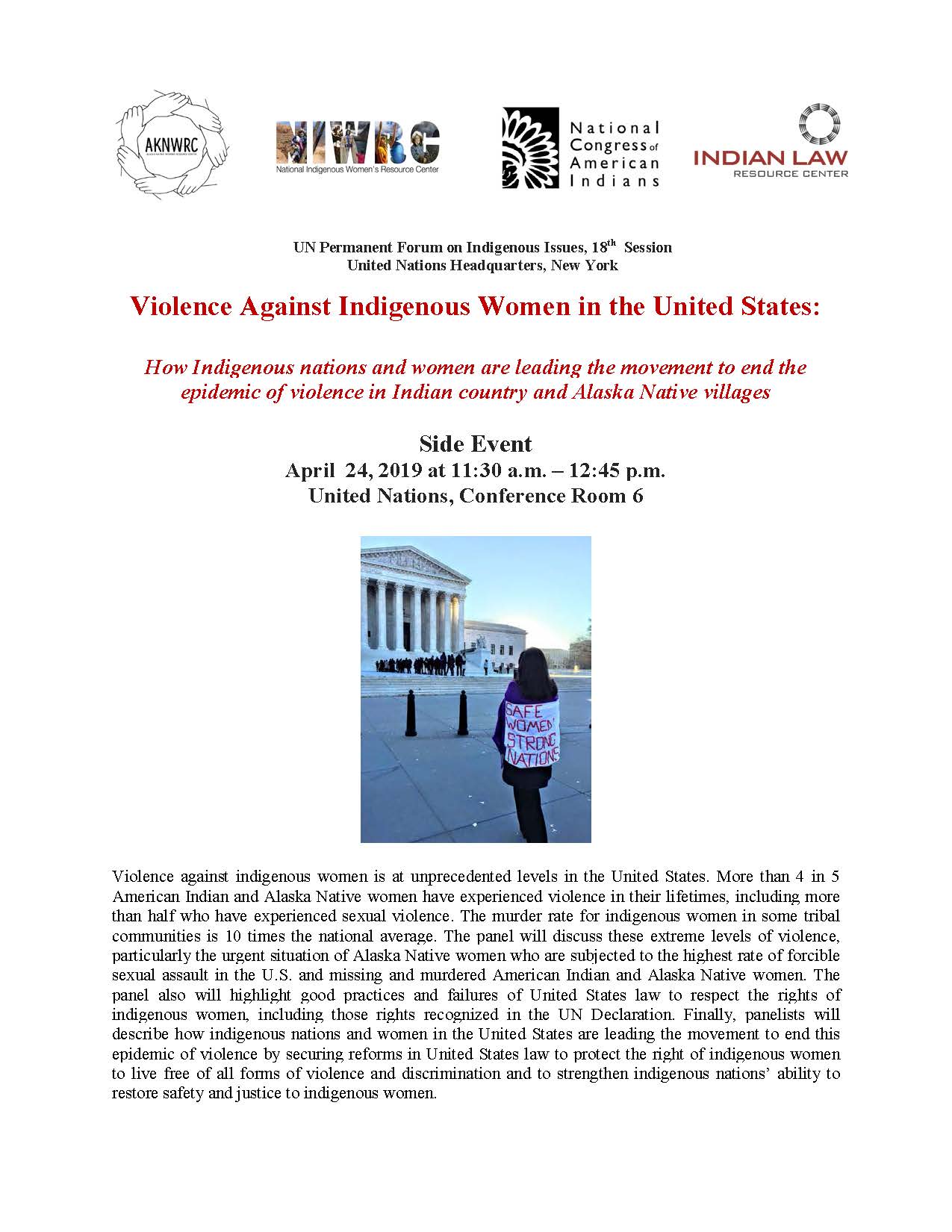