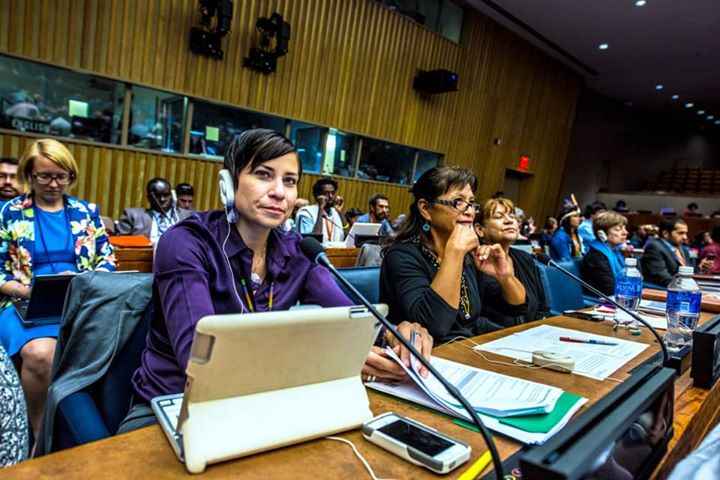 This week, hundreds of tribal leaders attended the annual White House Tribal Nations Conference in Washington, DC to discuss their issues and priorities for the next year with members of President Obama’s administration.

The 2014 White House Conference comes on the heels of the historic United Nations World Conference on Indigenous Peoples, which took place in September 2014.  It was therefore a particularly timely opportunity to remind the United States of the commitments it made in the World Conference Outcome Document.

One action the administration can take consistent with the Outcome Document — to respect the rights of indigenous peoples and to put into effect the UN Declaration on the Rights of Indigenous Peoples — is for the President to issue an executive order directing all federal departments and agencies to review their laws and policies in consultation with tribes to determine what changes are needed to comply with the UN Declaration.

Some important elements of the Outcome Document include:

These commitments were supported by 100 tribal nations in the U.S.

These commitments matter to tribal leaders because large disparities in economic and political power make tribal nations especially vulnerable to wrongdoing. The first commitment, an implementing body for the UN Declaration, can and must ensure that tribal leaders in the United States will be able to address violations of their collective human rights, including violations of treaty rights, self-determination, and self-government. The implementing body can be used to pressure the United States to review its laws and policies for consistency with the UN Declaration, something tribal leaders have repeatedly called for at previous White House Conferences. The implementing body can also promote protection of sacred places and the realization of the rights of indigenous women to be free of violence. The need for action to end violence against indigenous women is particularly acute in the United States where 1 in 3 American Indian/Alaska Native women will be raped and 3 in 5 will be physically assaulted, and especially in Alaska, where Alaska Native women comprise just 19% of the population but 47% of the reported victims of rape. Yet, United States laws have largely stripped Indian nations of their authority to prosecute such crimes.

This matters to tribal leaders because all of the commitments in the Outcome Document have now been enshrined in a General Assembly resolution, representing a consensus of all 193 UN countries, including the United States. The Outcome Document represents a commitment by the UN and member states to ensure the promise of the UN Declaration is not lost. And these commitments can be worked into key advocacy positions and the policy strategies of tribal nations. Tribal leaders can also leverage the Outcome Document and the UN system to make real changes at home, including calling for much needed changes to bring federal and state laws and policies in line with the UN Declaration.

The World Conference presented a rare opportunity to bring the UN Declaration into effect; yet, much work remains to ensure the decisions made result in effective actions that actually promote and protect the rights of indigenous peoples.  Many of the details will be worked out by various UN bodies in the next two years. Tribal leaders can and must participate in the remaining work in the UN. Please join us in securing our rightful place in the world community.