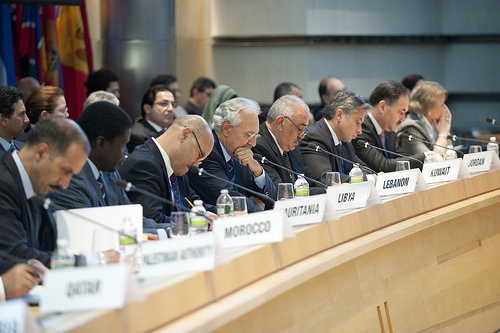 One of the reasons the World Bank is pushing P4R is so that it can compete with lending institutions, such as the Brazilian Development Bank (BNDES), that currently have no protections for indigenous peoples or the environment. If World Bank safeguards are watered down through P4R, we’ll be entering a race-to-the-bottom where projects like Brazil’s devastating Belo Monte damn are the norm. P4R would not only make it possible for World Bank-sponsored projects to disregard indigenous rights, but it would also make it much more difficult to establish sound indigenous rights safeguards within other financial institutions including BNDES and the Inter-American Development Bank.

What is the Program for Results (P4R)?

Rather than funding specific projects, the proposed “Program for Results” would provide funding for programs initiated by borrower governments. So for instance, P4R funding could go to support development of a forestry or REDD+ program, or a new transportation or rural development program. But while projects financed by the World Bank currently have to comply with social and environmental safeguard policies, these new P4R program loans would rely on borrower nations’ own systems for environmental and social risk management and enforcement. This is a problem because many borrower countries don’t have sufficient protections for indigenous rights.

What’s at Stake with P4R?

P4R eliminates protections for indigenous peoples
Under the proposed policy, P4R lending would be exempt from the World Bank’s Indigenous Peoples Policy. This means that there would be no requirement that countries using P4R funds consult with indigenous peoples and gain broad community support for any projects or programs that affect them, and communities would have no access to information about the specific projects being funded under P4R. It also means that borrowers would no longer be prohibited from engaging in forced resettlement of indigenous peoples. In addition to the Indigenous Peoples Policy, P4R funding would be exempt from 24 other safeguard policies critical to indigenous peoples, such as Bank policies on Environmental Assessment, Physical and Cultural Resources, Forests, Natural Habitats, and Involuntary Resettlement. These binding safeguards would instead be replaced with unenforceable guiding principles.

P4R has no effective complaint mechanism for indigenous communities

Under Bank policy, communities that are negatively impacted by Bank projects can lodge a complaint with the Inspection Panel. Currently, if the Panel finds that the Bank violated its safeguard policies, it can request measures to change a project or remedy harms that a community has suffered. However, because P4R funding would be exempt from the safeguard policies, the Inspection Panel won’t have any standards to judge the Bank by, and harmed communities won’t have access to remedies.

No Consultation with Indigenous Peoples

Lastly, this radical policy change is going forward with extremely limited consultation with civil society organizations and no direct consultation with indigenous peoples. During the last public consultation period, for instance, the full draft proposal was not made available in any language other than English. There is also no indication that the latest version of the draft policy will be made public before it goes to the Executive Board for a vote.

What is the status of the P4R proposal?

The P4R proposal was scheduled for a mid-November vote by the World Bank Executive Directors. It now appears that the vote has been postponed, though the new date has not been announced.

What are we asking for?

What can you do?

The Bank is claiming that this policy is responding to the needs of developing countries for more flexible and streamlined lending. Because this policy has moved so quickly, with little consultation or transparency, many countries are unaware of what it really entails. It is critical that indigenous peoples and advocates make their concerns known to Bank and national government officials before any vote takes place. Here are some things you can do:

Where can you get more information?