The UN Declaration on the Rights of Indigenous Peoples: 10 year Anniversary 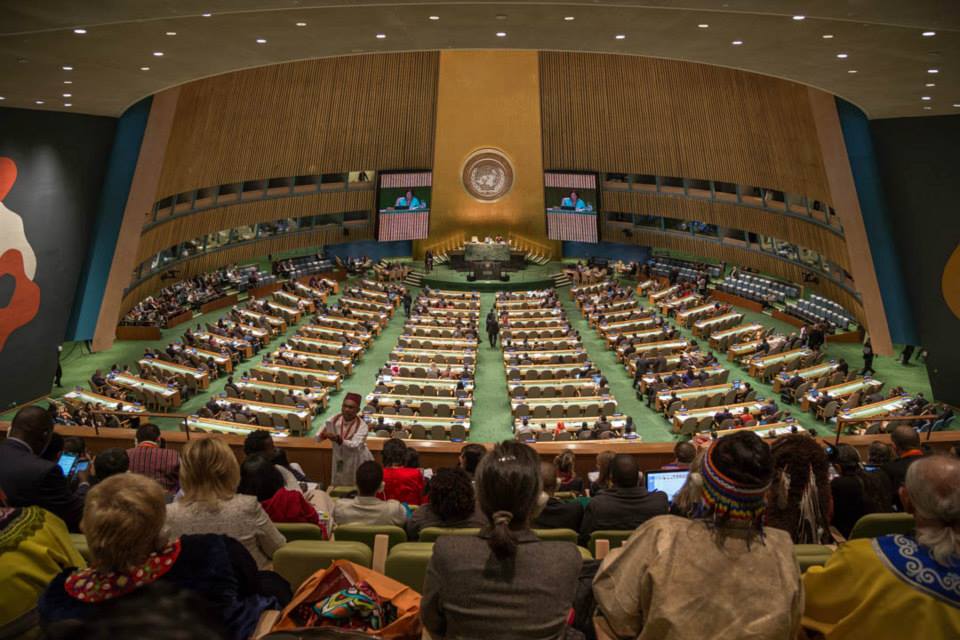 April 25, 2017 (NEW YORK CITY) — It is hard to believe that on September 13, 2017, a decade will have passed since the United Nations adopted the Declaration on the Rights of Indigenous Peoples.  The Declaration remains the most significant development in international human rights law in decades, and it has sparked important conversations and actions regarding indigenous peoples’ rights, including rights of self-determination and self-government, rights to land and resources, and protection of cultures and languages.

This week, the President of the 71st session of the UN General Assembly is holding a high-level event in New York City to mark the 10th anniversary of the adoption of the Declaration. The event will take stock of the achievements since 2007, assess the remaining challenges for the rights of indigenous peoples, and also examine further follow-up to the Declaration, including the consideration of a third International Decade on the World’s Indigenous Peoples to strengthen international cooperation on solving these lingering challenges.

The Center is proud to have been a part of the process for the 30 years leading up to the adoption of the Declaration.  From 1977 to 2007, we advocated for a human rights instrument that would at last protect the rights of indigenous peoples and provide them a permanent place in the international community.  Over the last ten years, we have continued our work to ensure the promises in the Declaration are realized and, in spite of some challenges, we have seen some good progress in laws, policies, and practices locally and internationally.

In the United States:

In the United Nations:

The work to implement all of the aspects of the Declaration is far from over.  We encourage indigenous leaders and tribes to engage in the UN process, and we welcome the opportunity to support their efforts.  For more information about our work visit www.indianlaw.org/wcip.