Oklahoma Tribes Learn About Engaging in the UN System 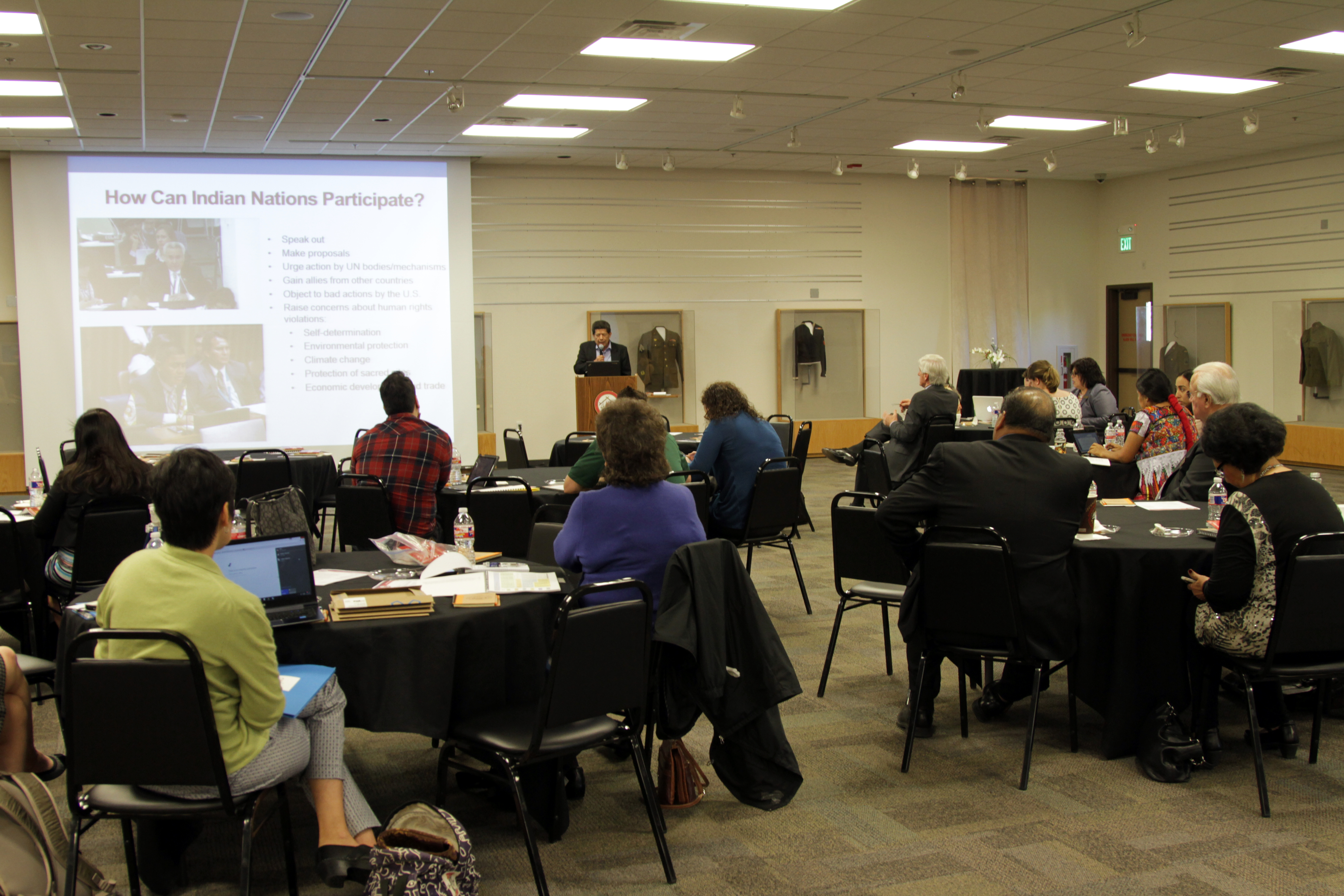 April 22, 2016| Shawnee, Okla. — Indian nations have historically been international actors and a part of the world community of sovereign nations, and this is shown by their treaties with the United States and other nations. Today, tribes are seeking to rejoin the international community in order to protect their lands, sovereignty, and cultures, and to benefit their communities, according to experts who spoke at the “Indian Nations in the United Nations” workshop hosted by the Citizen Potawatomi Nation and the Indian Law Resource Center on April 22, 2016 at the Citizen Potawatomi Nation Cultural Heritage Center in Shawnee, Okla.

“I believe tribal leaders should be able to sit at the table with other world leaders,” said Jefferson Keel, Lt. Governor of the Chickasaw Nation in his opening remarks at the workshop. “We manage people, capital, vast natural resources, just like other sovereign nations.” 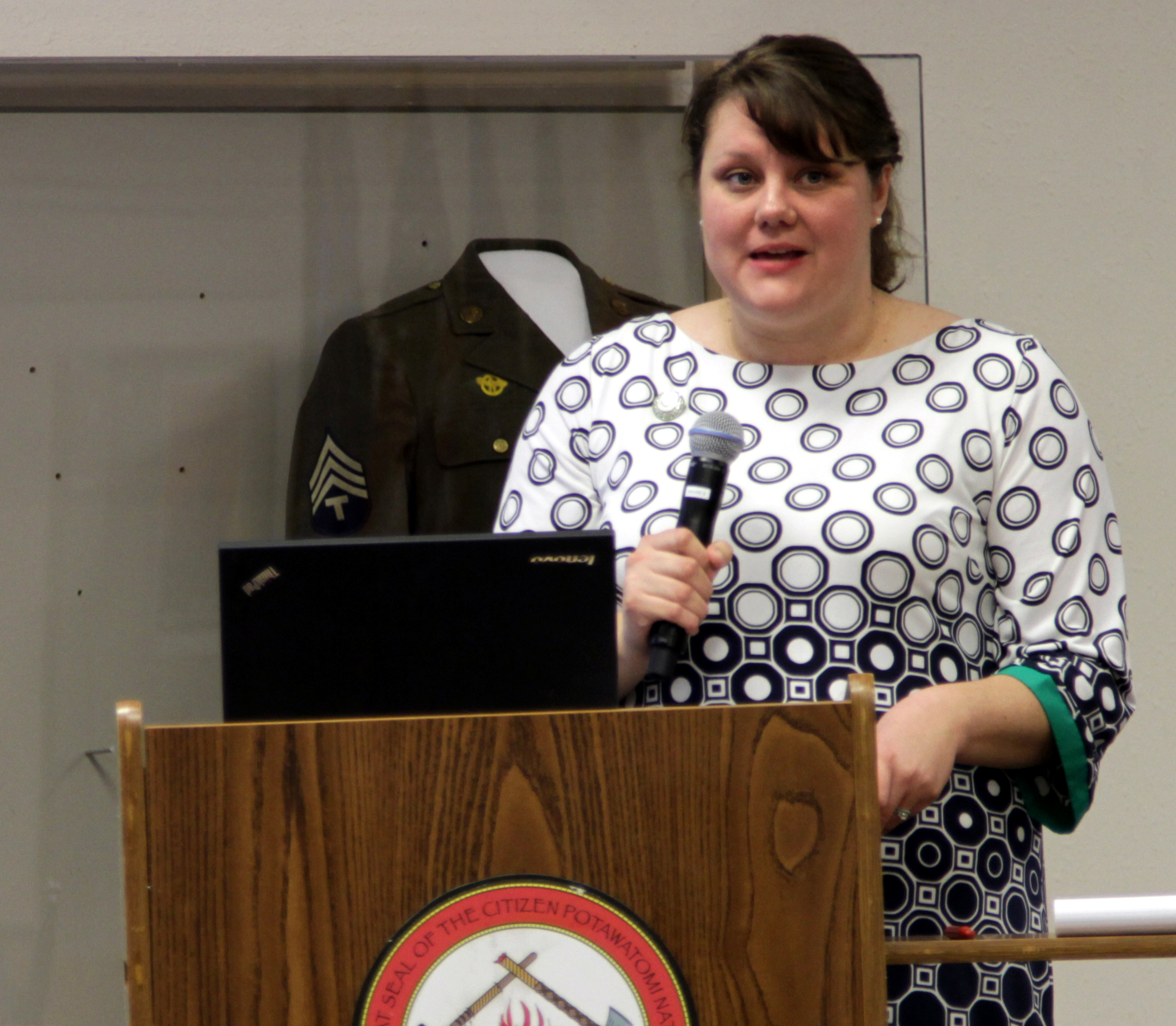 Keel says his goal is to advocate for new rules that give indigenous governments a more appropriate status in the UN which would allow them to participate fully and permanently in UN processes and activities. Other goals supported by the Indian Law Resource Center and more than 150 indigenous nations, organizations and Native women’s coalitions include creating a monitoring body for the UN Declaration on the Rights of Indigenous Peoples and bringing greater attention to the issue of violence against indigenous women.

“One of the reasons the Cherokee Nation is involved with the United Nations is to make sure when UN leaders are talking about issues such as climate change and violence against women, that indigenous people are there,” said Lindsay Earls, Legislative Council for the Cherokee Nation.

The UN Declaration was first adopted by the UN General Assembly in 2007 and endorsed by the United States in 2010. It is a global statement of the rights of Indian and Alaska Native tribes including the rights of self-determination, self-government and autonomy, rights to lands and resources, the right to be free of violence and discrimination, and many other rights. However, few tribes know how the Declaration can specifically benefit their people and what opportunities are available to engage internationally.

“Tribes have to engage in the UN process to ensure that the promises in the Declaration are implemented,” said Karla General, Indian Law Resource Center attorney. She offered a number of ways tribes could engage in the UN system, ranging from attending UN meetings and speaking out about injustices, to building allies with member states. 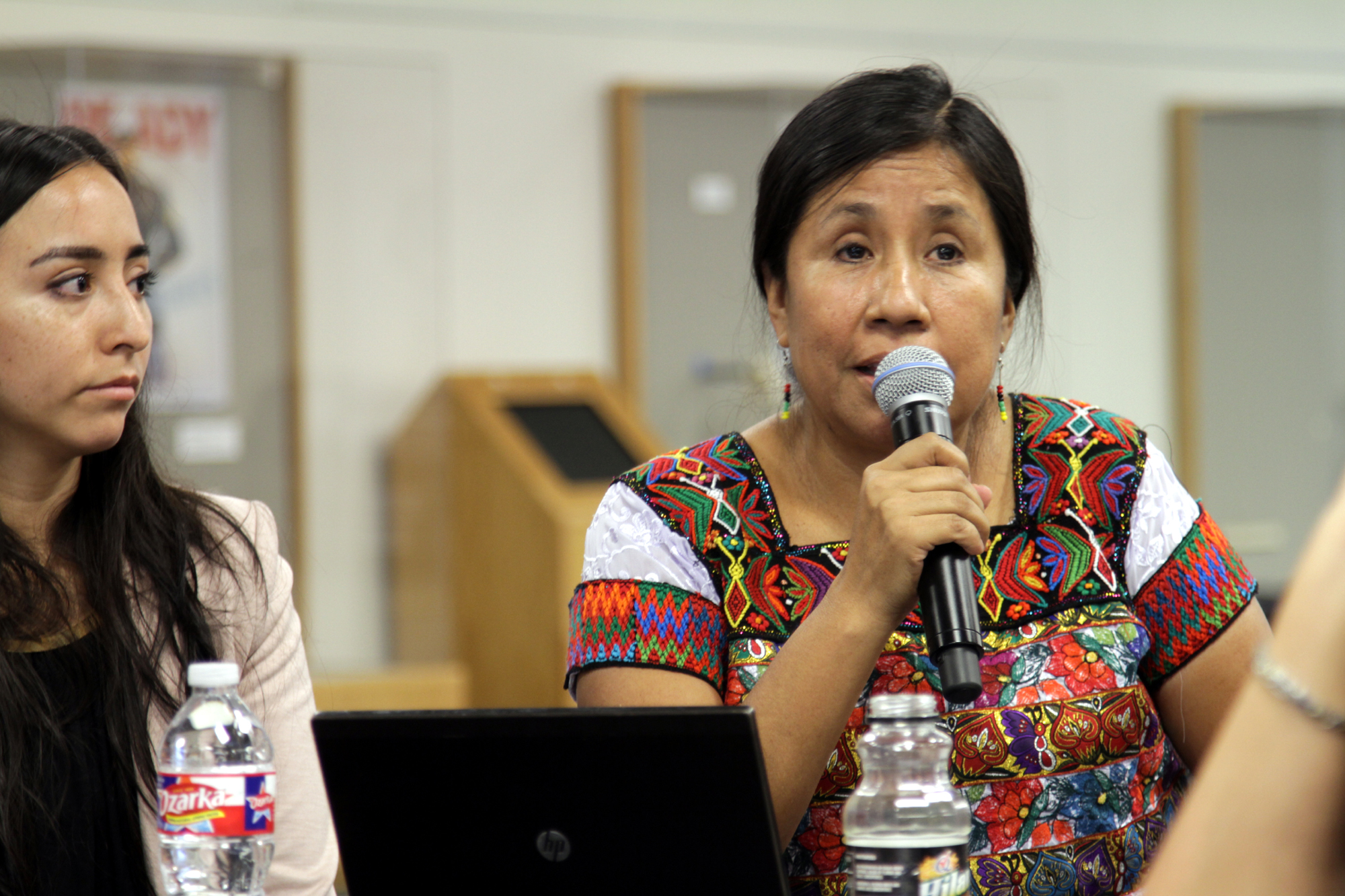 Carmela Curup Chajon, a workshop participant and Indian Law Resource Center board member, said that in her home country of Guatemala the Declaration has become a critical tool for seeking justice. “Before the Declaration, there was no mechanism to seek justice or protection for indigenous communities against mining interests,” she said.

In the United States, John “Rocky” Barrett, Chairman of the Citizen Potawatomi Nation, said tribes face a number of local threats from state governments. “Tribes today are subjected to treatment that threatens their status as sovereigns,” said Barrett, noting efforts by the Oklahoma State Tax Commission to collect sales tax from the Potawatomis.

Members from the Absentee Shawnee, Chickasaw Nation, Pawnee, Citizen Potawatomi Nation, Cherokee, Sac and Fox, and Choctaw Nations participated in the workshop.  For more information about how your tribe can engage internationally, see www.indianlaw.org/worldconference.