Update: Five Year Anniversary of the US Endorsement of the UN Declaration on the Rights of Indigenous Peoples 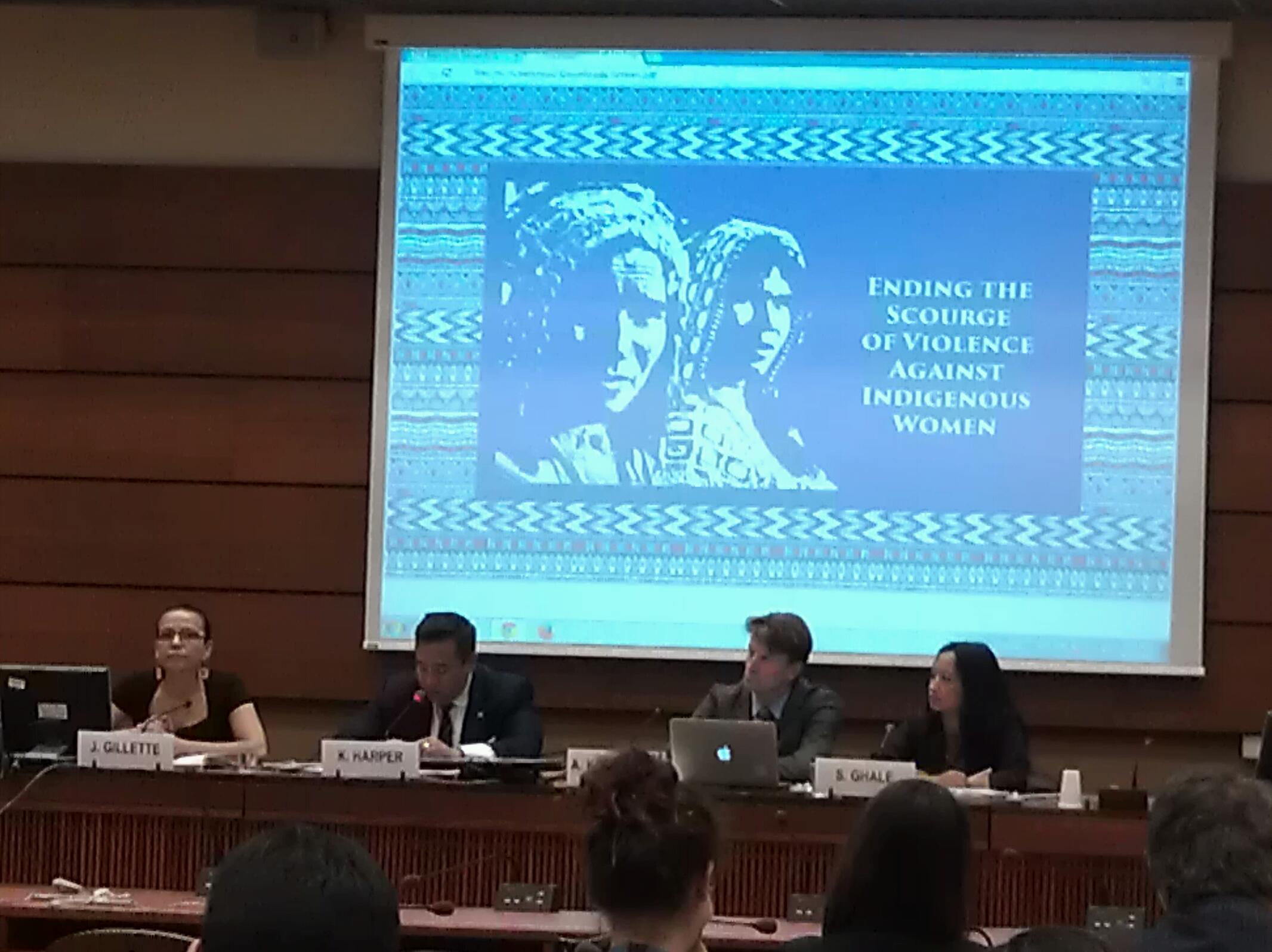 Dec. 16, 2015 marks the fifth anniversary of the U.S. announcement of its support for the UN Declaration on the Rights of Indigenous Peoples. Since 2010, tribal leaders have been working vigorously to implement the UN Declaration at all levels which includes law and policy reform, changes in administrative practices, and long-term efforts to correct conditions that impede tribal development or that undermine tribes’ right to self-determination, cultural rights, and resource rights.

Some of the most significant strides in implementing the promises of the UN Declaration come from the World Conference on Indigenous Peoples held in September 2014. More than 150 indigenous nations, organizations, and tribal coalitions played a central role in securing serious commitments that will effect lasting positive improvements in the lives of indigenous peoples and Native Nations.

The World Conference outcome document and recent procedural decisions by the UN Human Rights Council and Third Committee of the UN General Assembly outline a path forward to work toward securing a seat at the UN table for indigenous governments, establishing a body to implement the UN Declaration, and addressing the epidemic of violence against indigenous women.

In September 2015, the Human Rights Council adopted two key resolutions by consensus of UN member states – an annual thematic resolution on indigenous peoples and a resolution dedicated to the review of the Expert Mechanism on the Rights of Indigenous Peoples, as called for in the World Conference Outcome Document – to advance decisions of the World Conference.

The thematic resolution contained a decision to hold a half-day panel discussion on the issue of violence against indigenous women and girls, to be held during the Council’s September 2016 session.

In a separate resolution, the Council decided to hold a two-day expert workshop to consider how to transform the Expert Mechanism on the Rights of Indigenous Peoples (EMRIP) into an implementing and monitoring body for the UN Declaration on the Rights of Indigenous Peoples. The workshop will review EMRIP’s mandate and propose recommendations on how it can more effectively promote respect for the Declaration, including assisting states to better monitor, evaluate, and improve their own incorporation of Declaration principles. The workshop will be open to the participation of indigenous peoples’ representatives and is tentatively scheduled to take place April 4-5, 2016, in Geneva, Switzerland. The results of the workshop will be considered by the Expert Mechanism at its annual meeting in July and by the Human Rights Council in September, 2016. There could be UN action to develop the mandate and structure of the implementing and monitoring body as early as then.

Most recently, the Third Committee of the General Assembly debated the issue of participation of indigenous governments in the UN, and passed a resolution in November to conduct consultations on how to enable the participation of indigenous peoples’ representatives and institutions in the UN. The resolution also establishes a timeline for completing the work – during the 71st session of the General Assembly, which opens September, 2016, and completes its work in September, 2017.

We are hopeful the year 2016 will see major improvements in the UN system to implement the UN Declaration on the Rights of Indigenous Peoples, to secure a permanent status for indigenous governments in the UN, and to seriously consider how to address the epidemic of violence against indigenous women. As this work intensifies we hope, also, that the role of Native Nations and their governments will increase. Native Nations deserve to take their places as sovereign governments in the world community. The UN Declaration and the World Conference Outcome Document provide the framework for Native Nations to achieve historic improvements in 2016 and beyond. We hope you can join us in this important work by joining our e-mail distribution list, adding your name to our list of supporters, or participating in upcoming meetings in New York and Geneva.